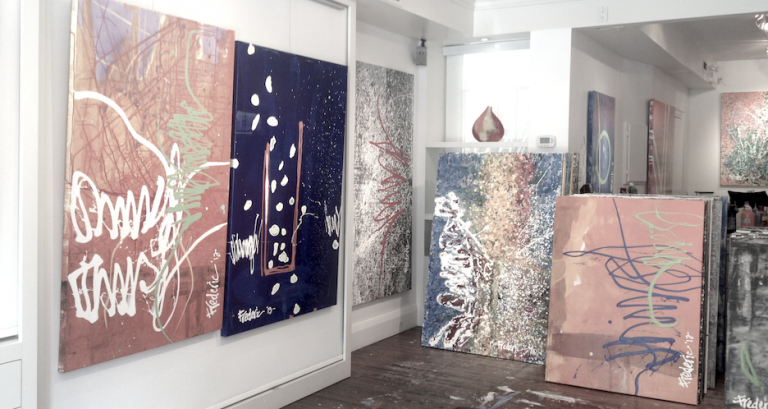 If you ever have the chance to visit Frederic Inside, – an incredibly artful gallery located in a more art inspired neighbourhood on Davenport Road – your perspective on abstract could perhaps change for the better. This style of painting is perhaps the most vague, and rather up for interpretation. When looking at these works, you get a glimpse of the artists’ soul, it is perhaps their emotions, and their thoughts that are sprawled and splashed across the canvas.

The colours evoking stinging feelings, and the textures playing tricks on the eyes. Art is entirely subjective, and to quote the effervescent, and talented artist “art is in the eyes of the beholder.” Scott Frederic, or rather ‘Frederic’ is perhaps the two sides of the coin in every respect. A once Greenpeace, Pollution Probe, and Zero population Growth cardholder – and anti establishment self-proclaimed hippie – ventured into the land of suits. After trying his hand in various careers such as journalism and carpentry– Fredric wanted to start his own company. Perhaps the stick it to the man mantra inside of him – pushing him to take charge– a player by his own rules. Digging deeper we found out that he does not believe in fate, and that are our days on this earth are not scripted by a pre ordained mastermind. He mentioned that we are in charge of the direction we go, and this inspiring and thought-provoking message affirmed that he envisioned what he wanted, and what he needed to live a life with great purpose.

Never veering too far off track, Scott dancing around the realm of business, climbing the corporate ladder started his popcorn empire- Kernels Popcorn Limited. It was the backbone in creating the sustenance he needed to provide for his growing family. His time spent in the office, allowed him to hand over the business to his son, and truly focus on himself. He told us that all the work he has done in the past was rather tedious, but painting for him is always a release. He comes to his gallery to escape – painting what’s on his mind – or happenings in the world. He sits himself down on his floor, and creates – a master of peace making, and provoking messages, his works are as creative and colorful, as they are powerful and moving. Every canvas has a story, and every story started from somewhere. Some memory – perhaps his time attending university in Jerusalem with his then girlfriend at the time, and finding solace in the people farming grapes down the hill from his bedroom view. Or the innocence, and purity found in the butterfly – a creature only aware of floating amidst the stars in the sky – unaware of the harmful toxins, war, and anger threatening his very survival. Admitting that up until our meeting he never made the connection of his four-piece butterfly series– to the serenity of his happy place in Jerusalem.

Prior to meeting this master of the paintbrush, we at KA were unaware of how incredibly charming, sophisticated, and well versed he is in life. Renaming his role at Kernels as “COW” – the Chief of Wisdom – he too shared his thoughts for us to ponder. His paintings provoked our most inner core, leaving us wanting more. Scott’s emotions splattered and sprawled in various colours and patterns left us feeling mesmerized – how can such simple pleasures – be a showcase of such raw emotion. His drive for wanting to spread peace, and provoke the artful eye left us feeling inspired. His Mantra: On every work he has a subliminal scripted message: hunger, thirst, or peace, hiding somewhere amidst the paint colored creation. We as people need to be entirely ravenous, have a hunger for peace, and thirst for peace. We will leave you with this – channel your positive energy for peace on this beautiful earth, and as Mahatma Gandhi once said “Be the change that you wish to see in the world.” 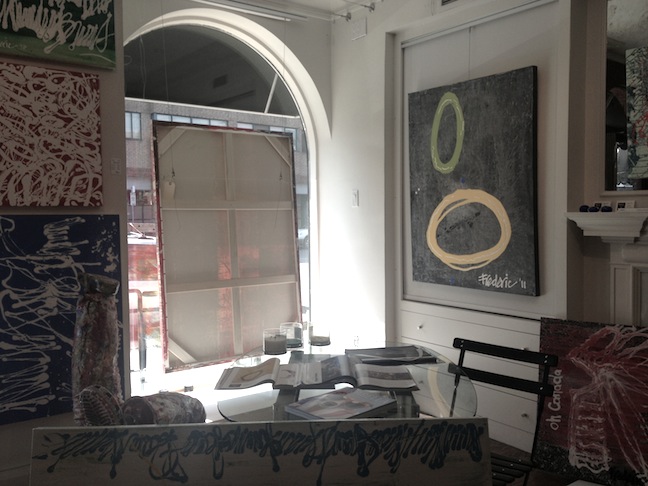 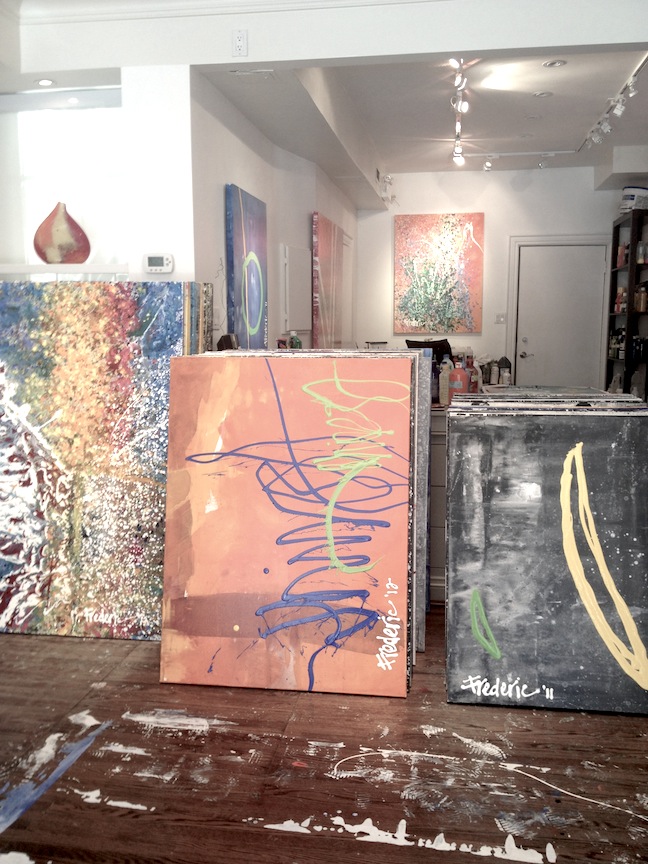 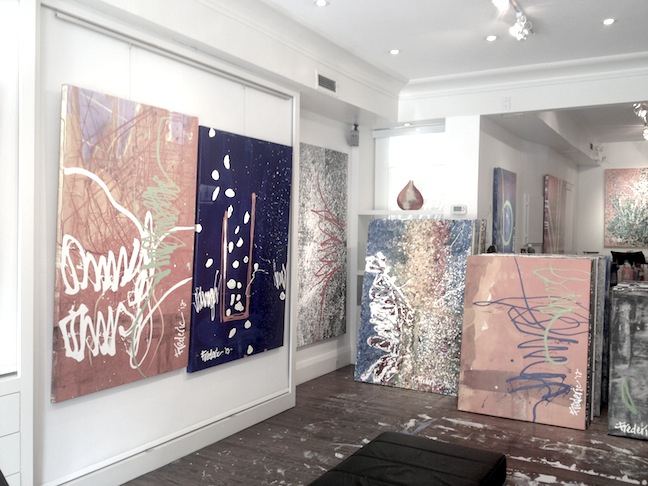 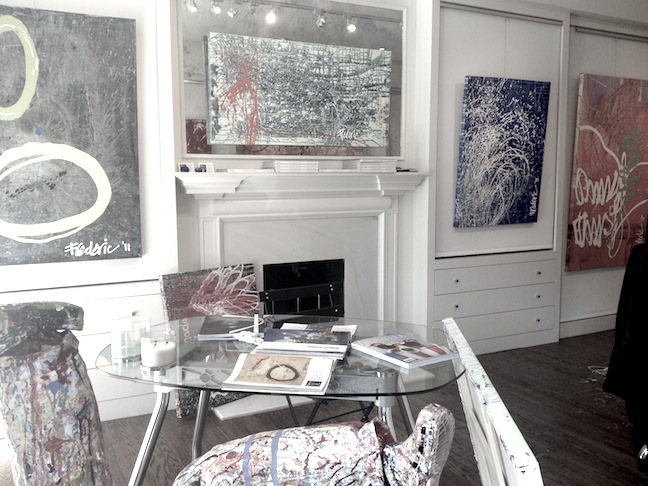