Set In Stone: The Pierre

Living under a rock isn’t usually something to brag about but when your home is a modern retreat, nestled into the boulders of a rocky outcrop on the San Juan Islands, it’s hard to complain. Located off the coast of Seattle, The Pierre is an exposed concrete single-storey residence built by Olson Kundig Architects.

Named after the French word for stone, The Pierre was inspired by the protruding bedrock encompassing the client’s property. Burrowed between two sections of rock using a combination of machinery and handwork, the smooth concrete home serves as a stark contrast against the jagged stone while the grass-covered roof and surrounding foliage allows the residence to blend in with the landscape.

Even within the home, with its antique furnishings, contemporary art and custom lighting fixtures, the raw stone meanders its way throughout. The naturalistic details and rugged accents serve as a reminder of the building process. Interior and exterior fireplace hearths are carved out of stone while in the master bedroom, water flows freely into three natural sinks found in the existing rock. The bathroom tunnels through one of the boulders while a mirror hangs from the ceiling to reflect natural light into the space. The rest of the home is outfitted with mild steel, finished concrete and drywall which all serve as a neutral backdrop to its unique and luxurious textures.

The Pierre manages to adapt to its surroundings in a truly organic way – the interior decor and exterior design are just as stunningly beautiful as the bay and the landscape that surrounds it. Having recently won an AIA Institute Honor Award, The Pierre is an unexpected treat amongst nature. 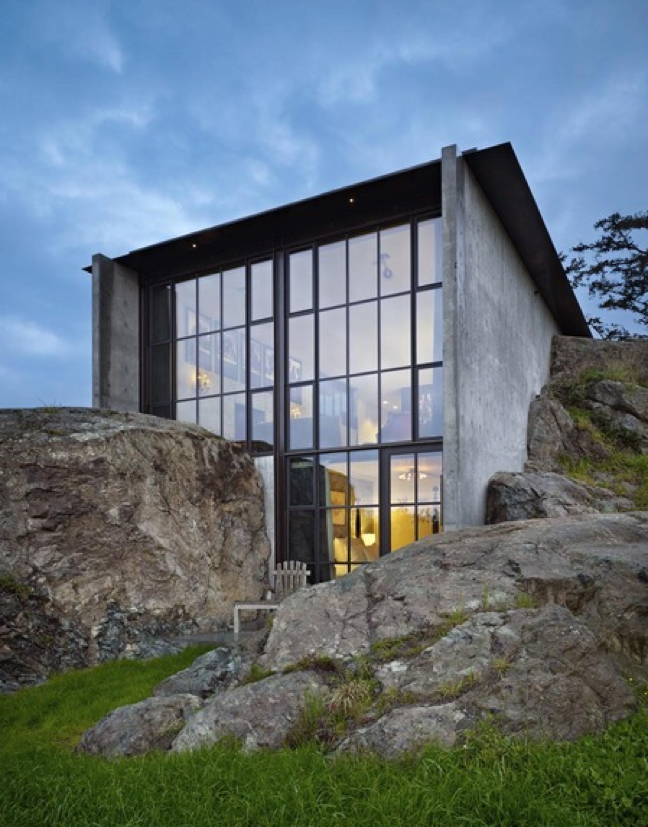 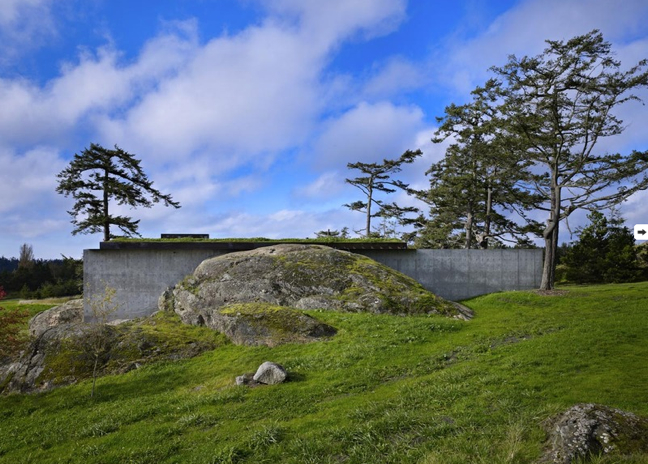 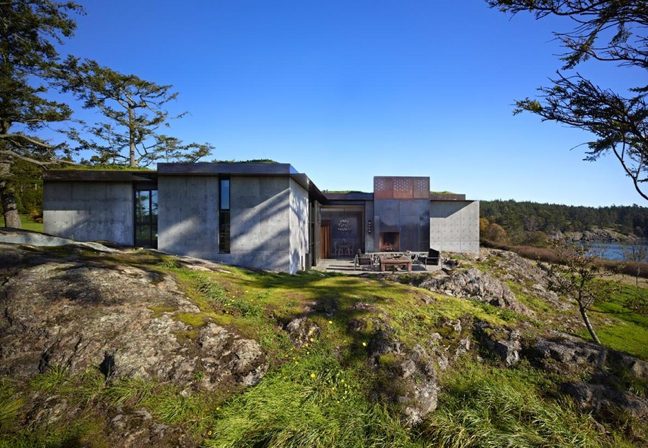 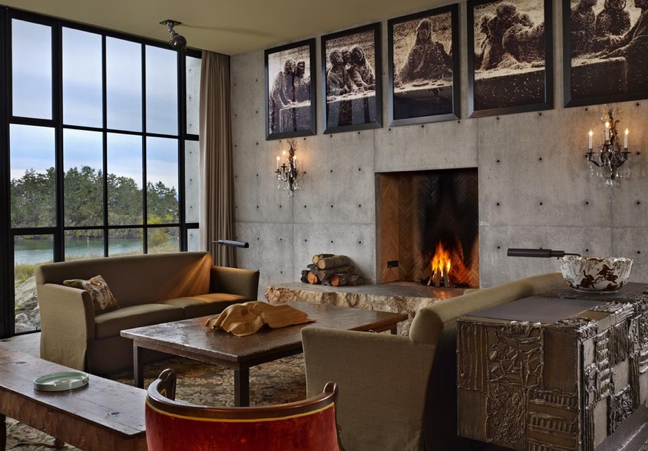 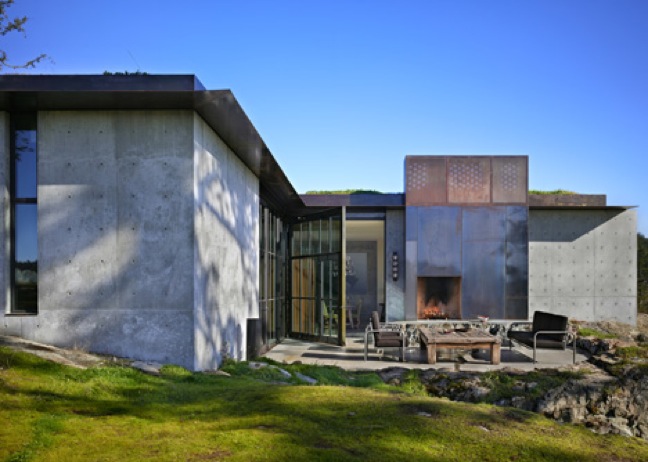 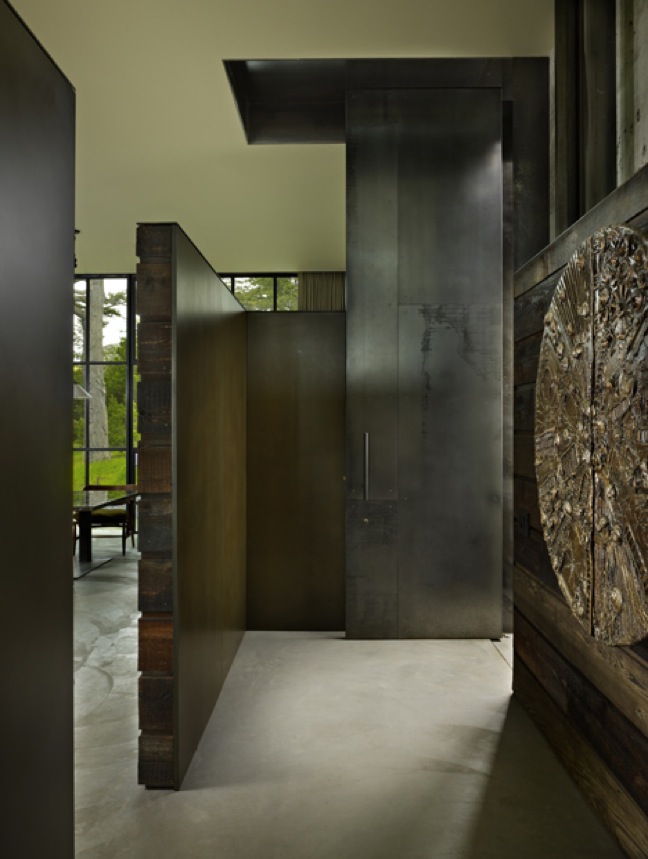 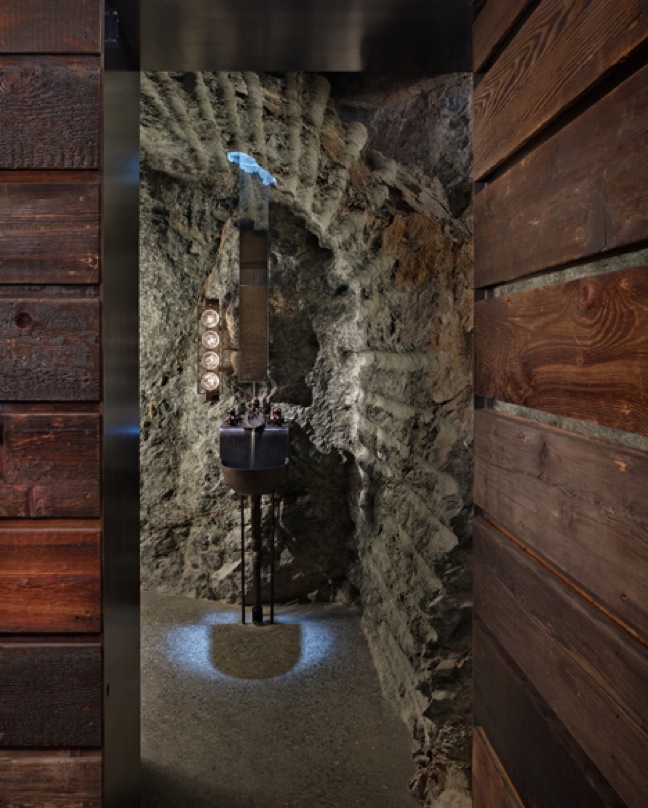 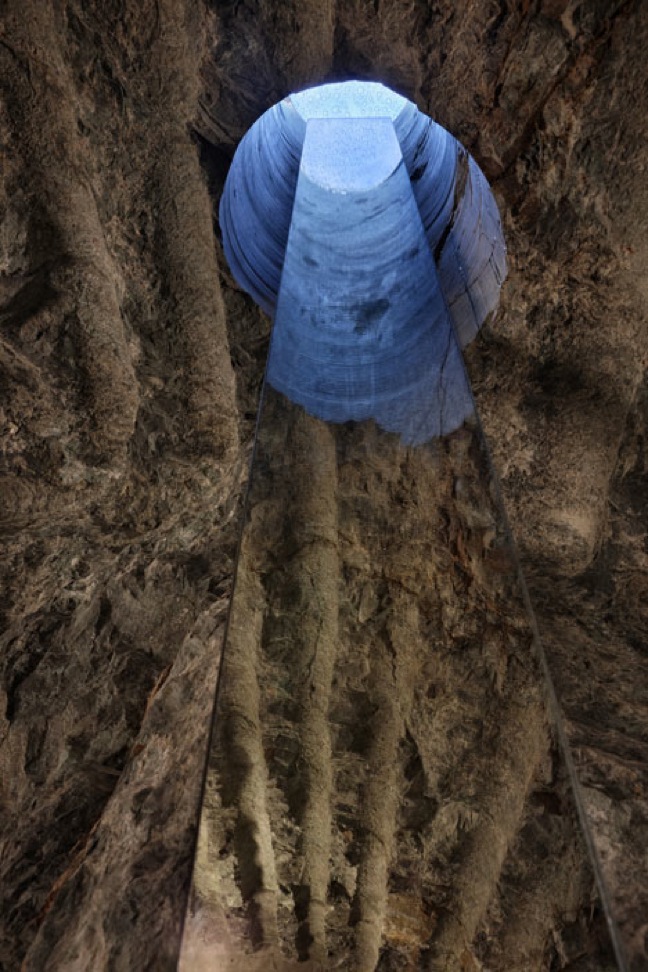 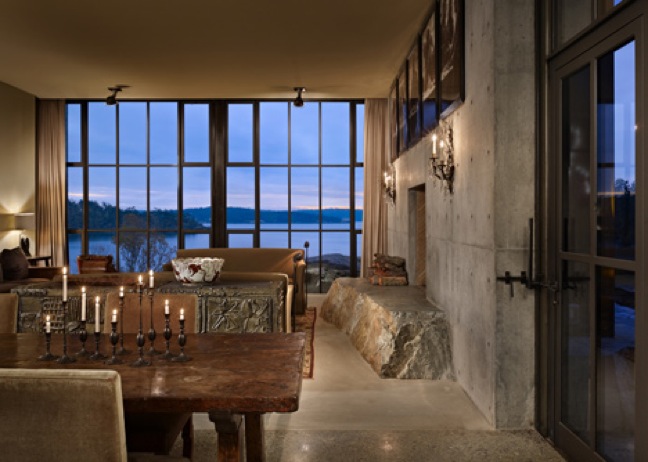