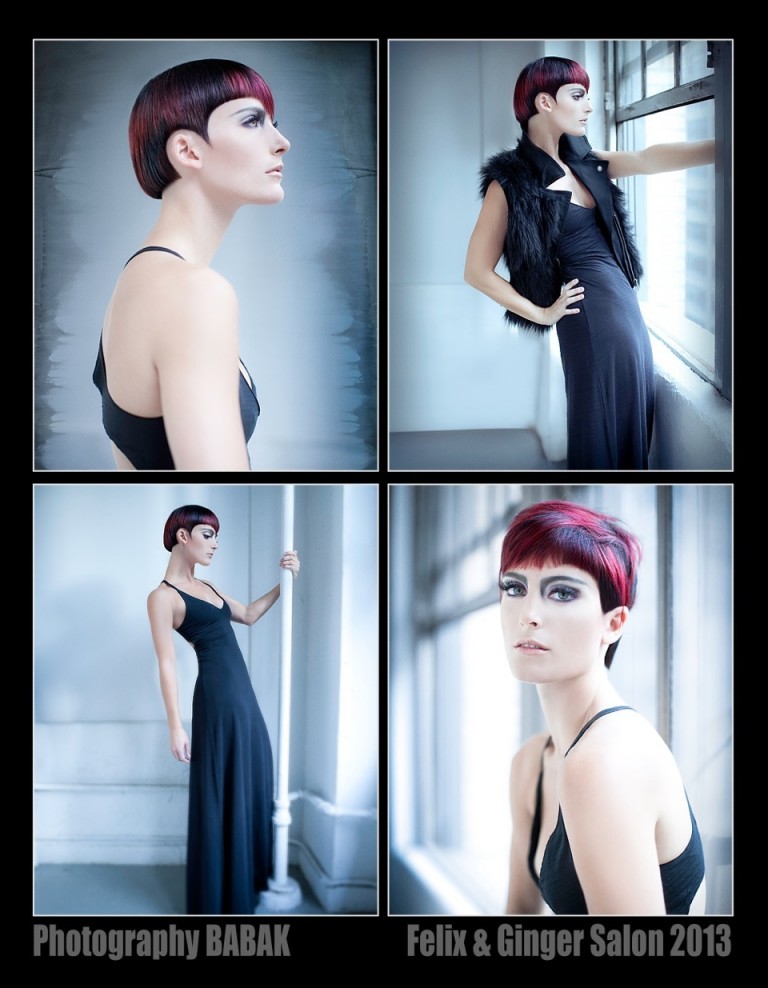 Now with twelve years experience in the industry, Maria was catapulted to celebrity status with her inate gifts and eye for colour. A master colorist and talented makeup artist,

As a Vidal Sassoon stylist, She continues educating and sharing her expertise as a platform artist , and  educator in Europe, as well as maintaining her post as owner and Head Colorist of  Felix and Ginger salon, in Caledon Ontario (Spa Life magazine 2010) and LA to inspire, and create.

His artistic abilities and attention to detail, lead him to a career as a hairstylist, and the rest is history.

Since then, Paul has achieved many career successes including styling for celebrities such as Sass Jordan, Michelle Pfeifer, Vanessa Williams, and Mena Suvari. As an educator, he has travelled to Europe, and LA to inspire, and create.

Maria and Paul have styled for celebrities, and fashion events worldwide including Toronto film festival, Fashion cares, Barcelona Fashion week, as well as on Cityline, breakfast television, and Canadian idol. In addition,  graced the pages Elle, Chatelaine, Wedding Bells, and Glow magazines as well as on the runway for David Dixon and charity events such as Face of Fashion, Fashion Cares and Haiti benefits.