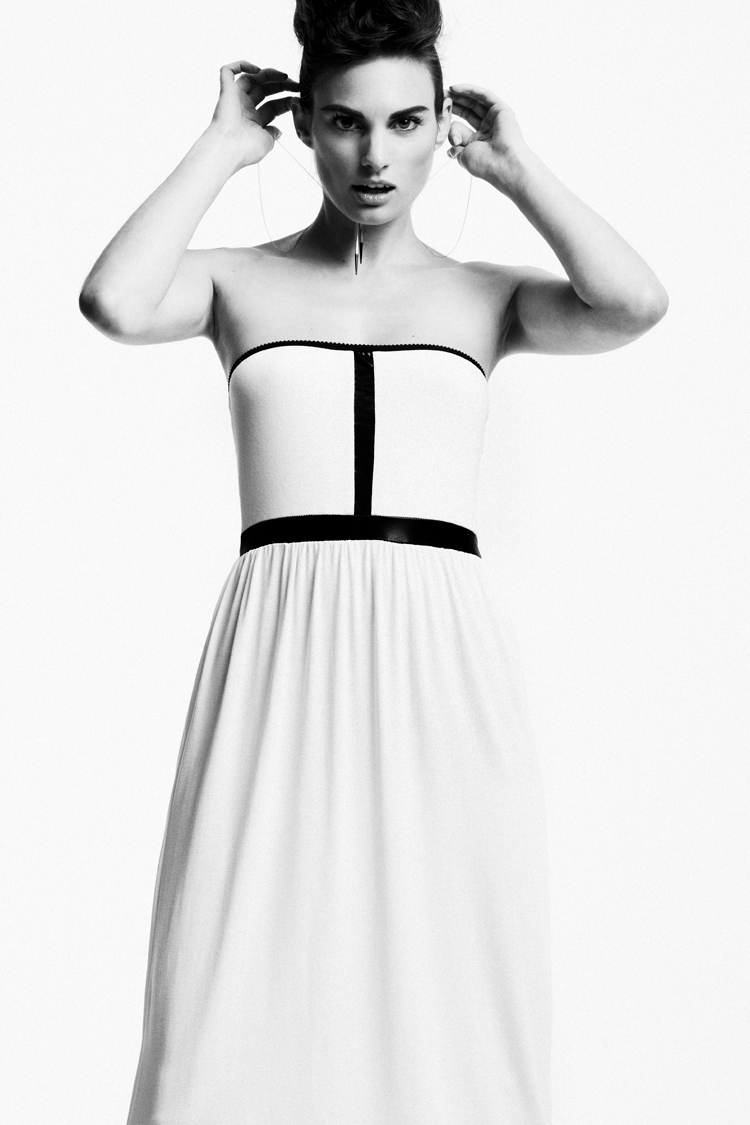 Evelyne Fay’s creativity took its first steps in the rich, fabric-stuffed universe of her childhood.

Launched in 2009 by Evelyne Fay, the White Label line of clothing and accessories found its home in Montreal’s Villeray district in spring 2010. It is in the back room of this atelier-boutique that Evelyne Fay has been creating her new spring-summer collection 2013.

The woman behind White Label

Evelyne Fay’s creativity took its first steps in the rich, fabric-stuffed universe of her childhood. A lover of the feminine form, Evelyne began creating her first outfits as a teenager, already experimenting with elegance, comfort and originality in her designs. Her future was minted when she completed studies at Collège Lasalle in 2003. Also passionate about music and dance, Evelyne draws on the intense emotions elicited by these expressions to refresh her creativity and infuse her designs with a bold, but refined feel.

*We will also launch an online shop for spring 2013.