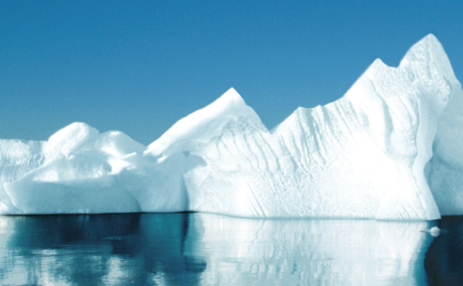 It took us a bit of time to wrap our collective minds at KA around the concept of “rare iceberg water”. Was it good for the environment? Were the Icebergs being harvested, and if so, was that creating a prob- lem? If all of the above was being done in a “green” manner, what is there to say about the ships that transport the water, is this a good thing? All these questions we brought to the people responsible at Glace. 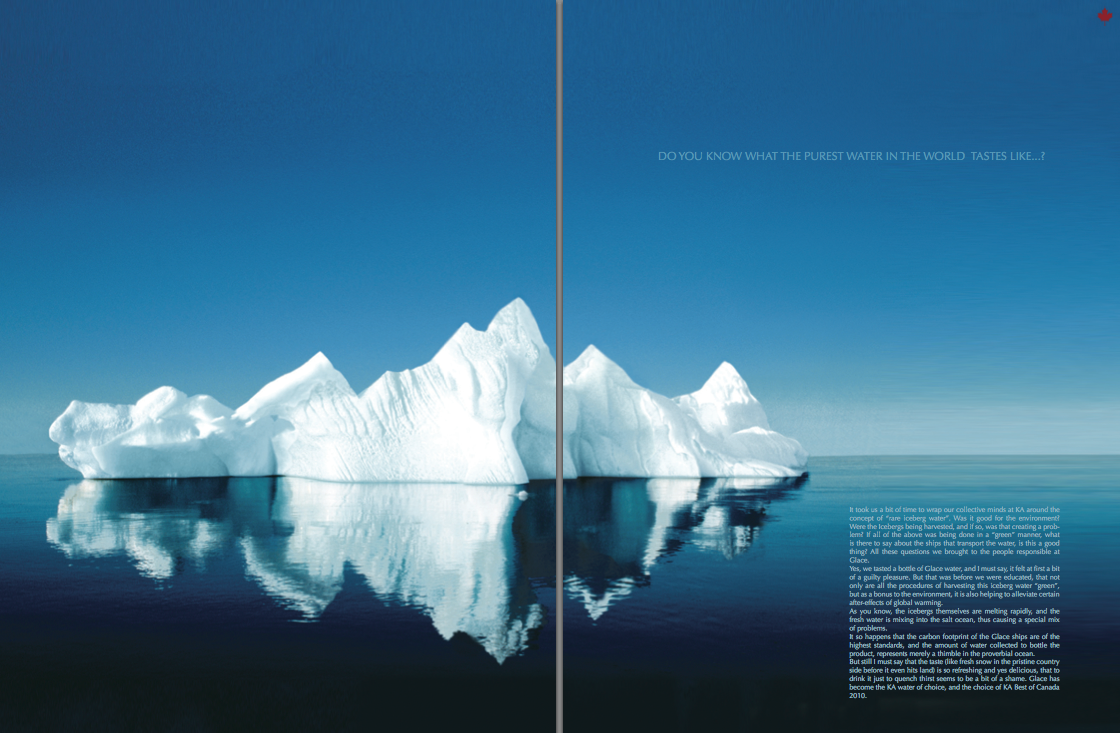 Yes, we tasted a bottle of Glace water, and I must say, it felt at first a bit of a guilty pleasure. But that was before we were educated, that not only are all the procedures of harvesting this iceberg water “green”, but as a bonus to the environment, it is also helping to alleviate certain after-effects of global warming.

As you know, the icebergs themselves are melting rapidly, and the fresh water is mixing into the salt ocean, thus causing a special mix of problems. It so happens that the carbon footprint of the Glace ships are of the highest standards, and the amount of water collected to bottle the product, represents merely a thimble in the proverbial ocean. 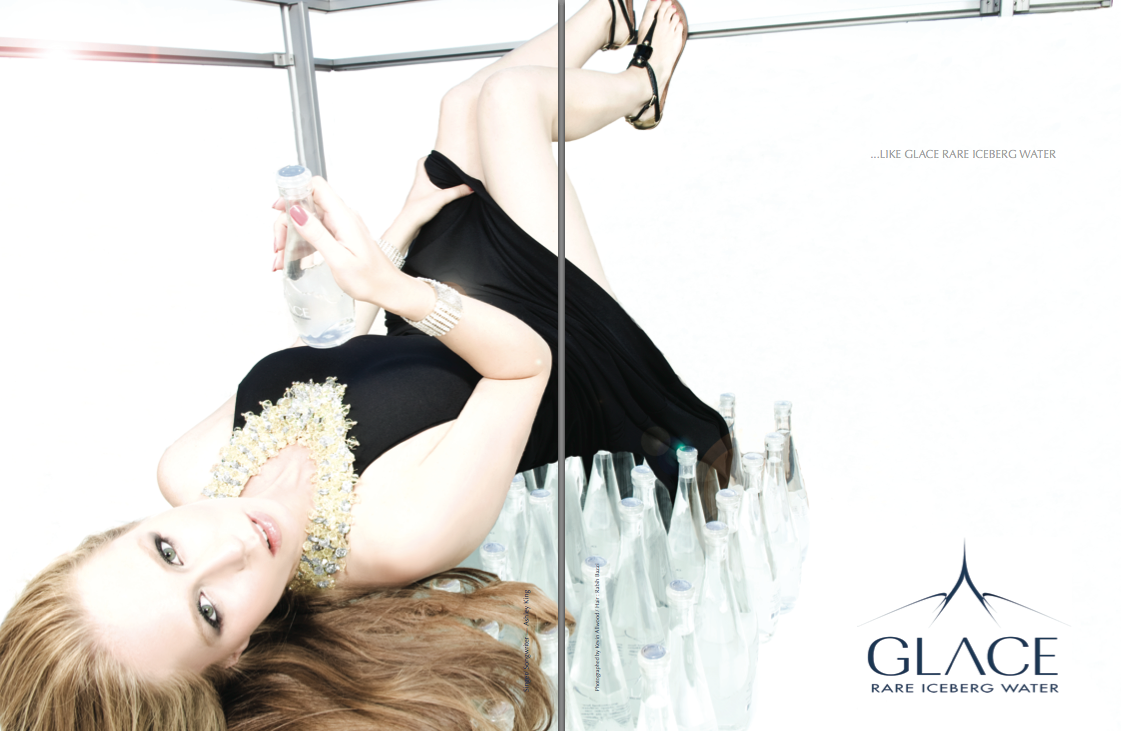 But still I must say that the taste (like fresh snow in the pristine country side before it even hits land) is so refreshing and yes delicious, that to drink it just to quench thirst seems to be a bit of a shame. Glace has become the KA water of choice, and the choice of KA Best of Canada 2010.