UNDERCOVER S/S 14: A Play On Words

The world used to be silent//Now it has too many voices//And the noises are a constant distraction//They multiply, intensify — lyrics from Shut Up, a subversive anthem by the post-punk band Savages and the (very fitting) song of choice during UNDERCOVER’s S/S 2014 show.

A definite standout at Paris Fashion week, Jun Takahashi of Undercover held nothing back as he confronted the current state of the fickle human mind. “Opposing emotions, contradictions in a social world and within myself. I wanted a sharp and stoic image,” says the Tokyo based designer. And indeed, his message could not be clearer as words played a major part in this collection. Jun experimented with anagrams, palindromes and manifestos as a metaphor of sorts for the constant, irreconcilable flow of thoughts ever-present in our minds. He teased, poked and prodded our imaginations with ambiguous anagrams, double meanings and provocative sentences. Words like ‘snug’ turned into ‘guns’, ‘insult’ was transposed with ‘sunlit’, ‘noise’ blinked with ‘thoughts’ and ‘cruelty’ was juxtaposed with ‘splendor’.

Never straying too far from its raw punk roots, UNDERCOVER played with a grunge and slightly fetishistic aesthetic while still maintaining a polished feel. The UNDERCOVER woman is a character completely in control of her wardrobe. Sombre and playful at the same time, each garment served as a conceptual interpretation of her rebellious streak with an in-your-face silhouette, experimental use of materials and an almost boundary-less use of proportion. An antithetical combination of protective armour and constrictive bondage attire, the clothes themselves played with asymmetric cuts, rigid and thick materials and hard accents complete with an unexpected mix of sweet, feminine details. A neutral palette of white, black and midnight blue was punctuated by an angry red and for the finale, the clothes took a back-seat as the various slogans became the focus in LED lights.

There is no question that generally people have become logo-obsessed as of late. Cheeky mottos adorn our tops and ‘ironic’ T-shirts have become our go-to weekend attire. However, the UNDERCOVER message runs deeper than that. Jun has forced us to ask ourselves: are we too distracted in our daily lives? Do we even stop to think of the consequences of our actions anymore? Or is the media to blame, telling us one thing and doing another? Telling us who to be and how to feel? Savages puts it succinctly enough;We live in a world of many simulations//If you are focused you are harder to reach//If you are distracted you are available.  Something to think about. 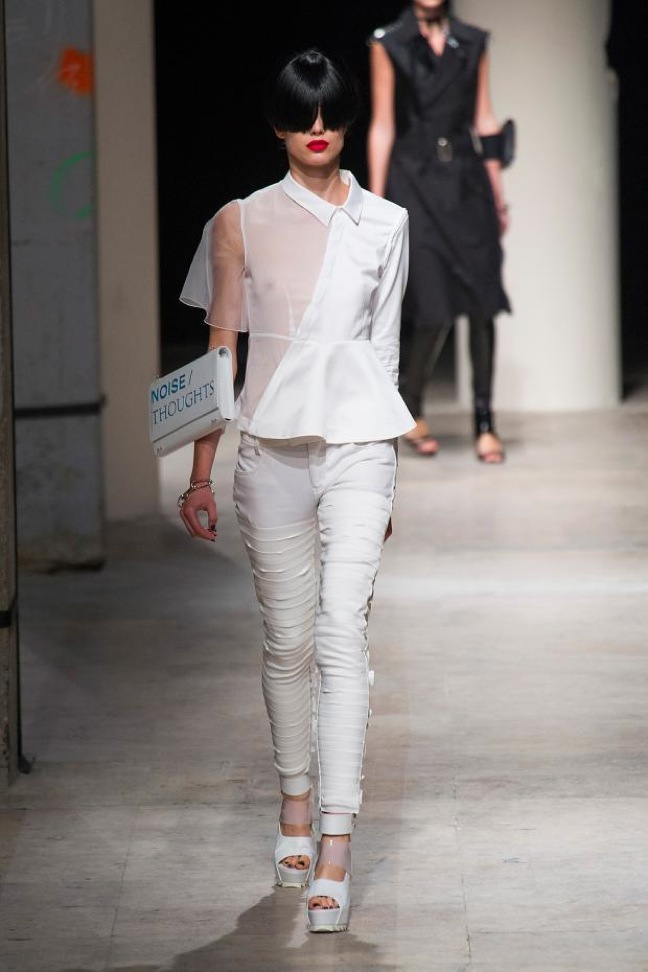 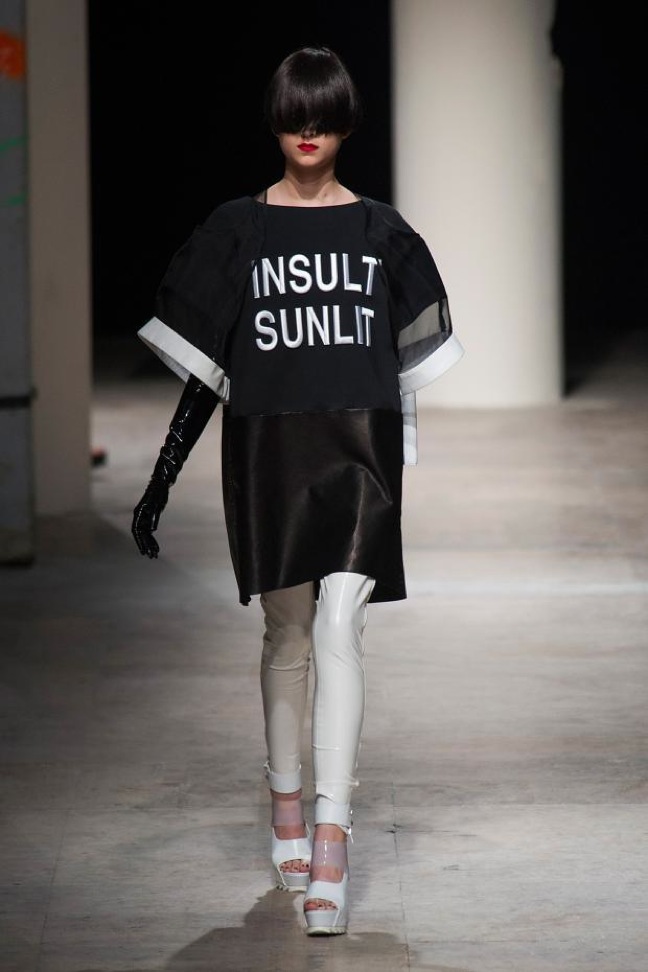 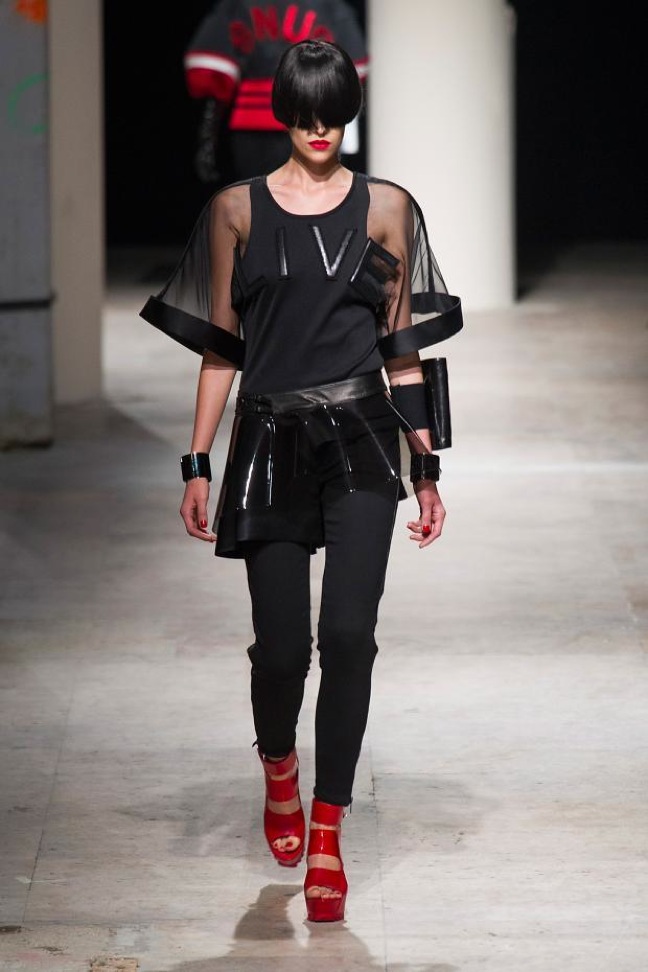 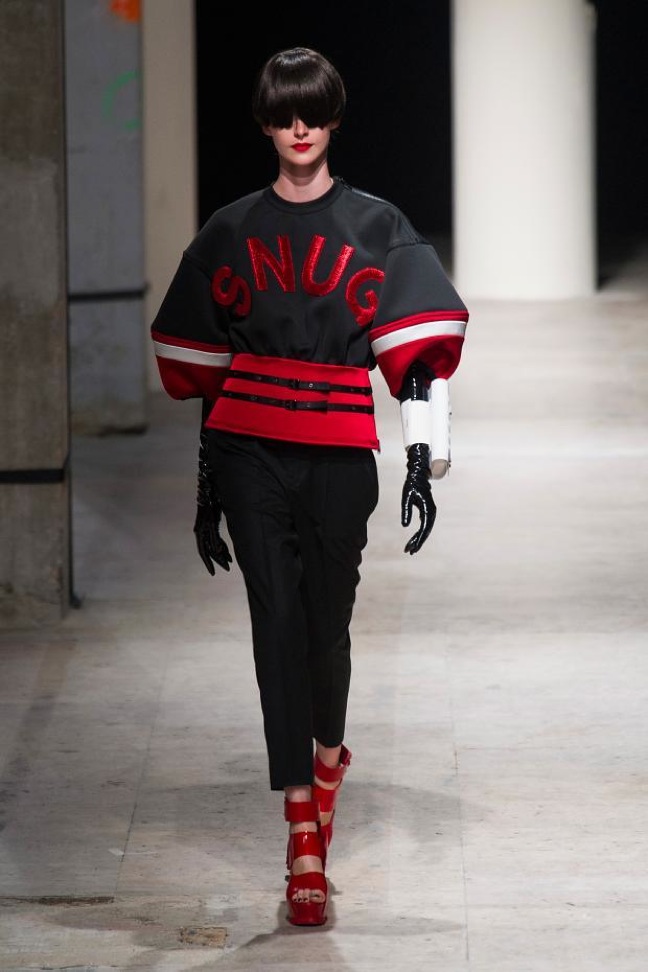 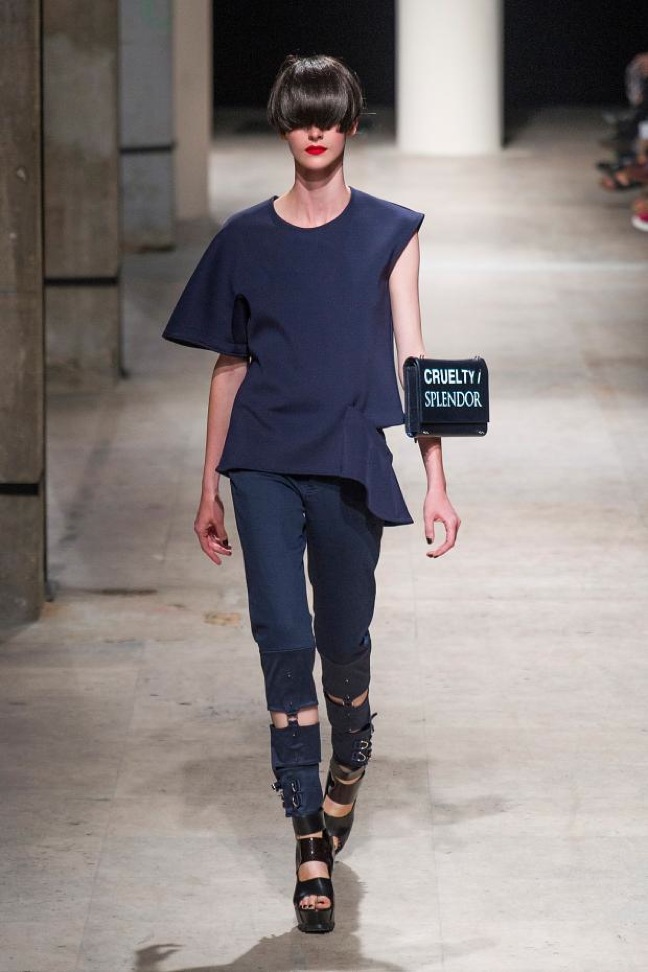 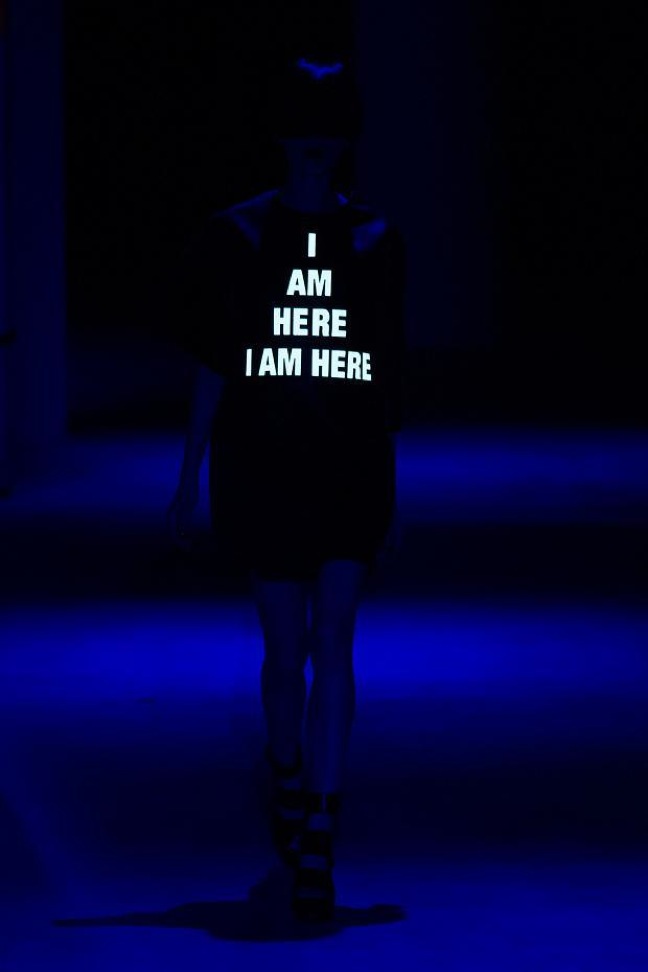 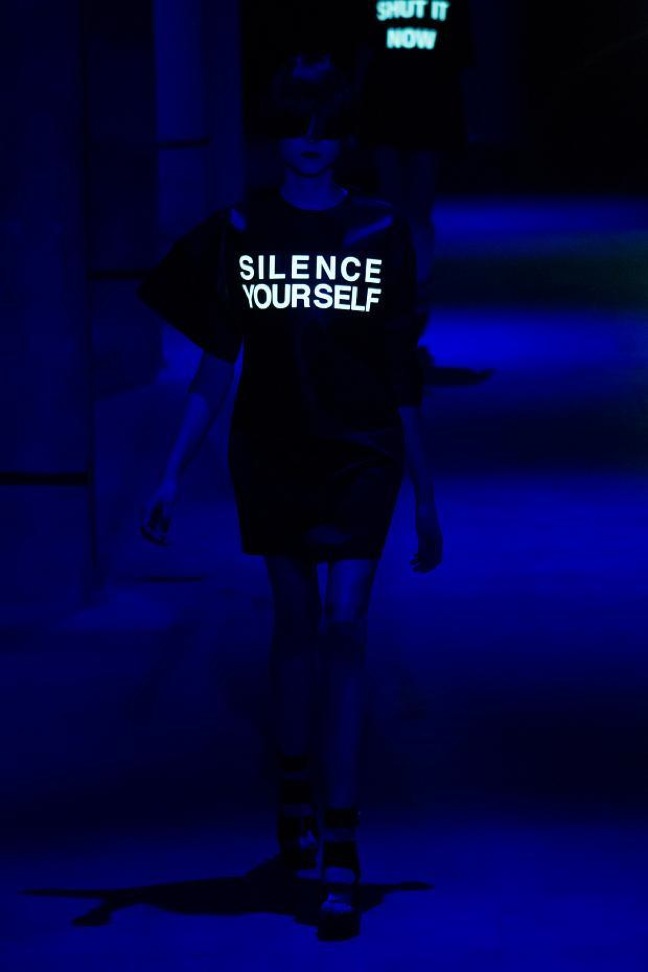