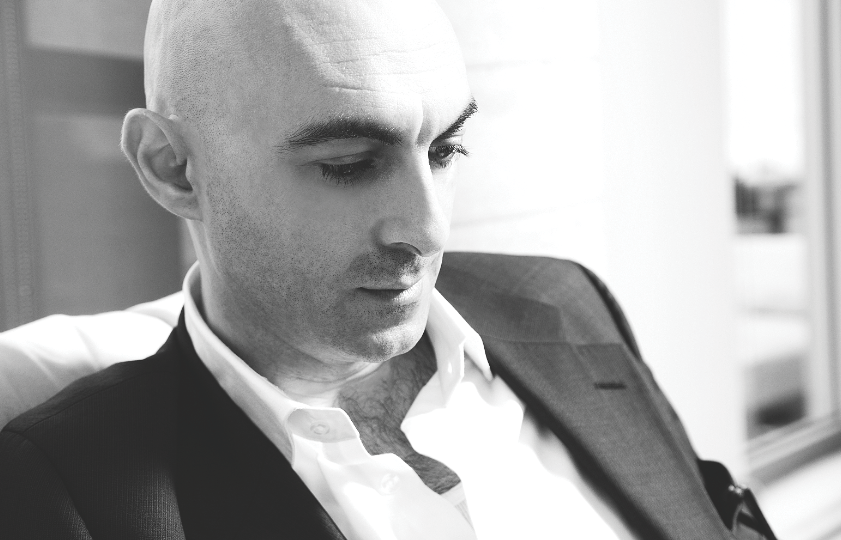 Teacher, poet, mad scientist, designer, architect…KA Magazine’s Best of Canada 2010 Designer Michael Joannidis is that rare bird that is all of the above. If this interview alone doesn’t fully convince you as to why he is definitely the one to watch, then time will do the job nicely. We invite you to take a look at his website and see for yourself, we had wished to preview some of Michaels’ projects in this issue of KA, but due to time restrictions, we were unable to — so please be our guest visit his site www.studiojoannidis.com

KA — How much does luck influence your career, good or “bad”?

MJ — When I was younger (and much more naive or is that idealistic?), I used to think that it had nothing to do with luck and everything to do with talent and hard work – that I was in total control of what happened to me, my career, any- thing I touched or had a say in. Today, after all those years and countless surreal experiences; I would tell you that at the end of the day, it has nothing-to-do-with- nothing…and everything to do with “something” that for the most part, cannot otherwise be articulated, defined or pinpointed. So if what you mean by ‘luck’ is what I refer to as that ‘something’, then yes, most definitely…luck has had and continues to have absolute influence over my career (and life).

KA — Luck is considered to be “opportunity meets preparedness”… Do you think that this is a good explanation of success, and in the time between that lucky moment, how do you suppose the best way of coping would be?

MJ — Yeah, I’d say that’s about right (coincidently, it’s the same definition that I use)…The best way I found is to never, ever panic…lose hope, blame something or someone – what I do is basically enter into ‘screen-saver’ mode…the lights are off but someone is definitely home, so to speak. I simply conserve my energy in the absence of stimuli. Just like a Nile croc, floating effortlessly, using the water for buoyancy…I lay in patient and calculated-wait, for that next lucky moment to present itself.

KA — There is a saying that if you are the best at what you do, then the rewards are in the doing. Are you rewarded by the creation itself, or is there more to it than the joy of the art?

MJ — For the most part, the reward is most definitely in the creation itself… but, when that feeling of elation and euphoria evaporates (and it usually does after every endeavour) just like an addiction, I find myself searching for that next high. From a pragmatic perspective though, the more mature (both in craft and in years) I become, I find myself trying to find more & more meaning to what it is that I do…including, trying to draw on that ‘perfect’ balance between sacrifice and pay-off…investment vs. return. Because sometimes, ‘the joy of the art’ alone is usually accompanied by a very high personal cost – Often replacing other nec- essary elements, which are otherwise critical to a well-balanced life.

KA — Your work is extremely meticulous, even to the point of genius. How do you let go of your work once it is done?

MJ — When I was sculpting and doing one-offs (furniture & lighting), I found it very difficult to ‘let go’ once I was done. I would work incredibly hard towards a show, invitations would go out, guests would start to trickle into the gallery, people would express interest in buying & I would respond by; ‘sorry, it’s not for sale’. This lasted for quite some time…up until I realized that is, that if I didn’t sell (and soon) I would end up in line at a soup kitchen. I recall this feeling of abso- lute anxiety and sheer primal fear that would always come over me every time I would complete a piece, triggering the question if I would ever be able to do it again or perhaps even surpass that piece. The process was quite consuming and rather insular…it was just me, myself & I (along with the work) – from concep- tion to fabrication, and from installation to photography, it was pretty much all consuming. But with interiors and or architecture, the process takes on more of a collective propulsion…(all the effort is still there, but) my input is but a single stop in an otherwise long series of interventions & exchange with others. Kinda like the making of a pearl, it might start with a grain of sand and a shelled mollusk but it ends with a retailer in the form of a commercial product, intended to be used by others. (However, unlike the fate of a mollusk) I move on…and embark on yet another commission, (like the circle of life) and the whole thing starts all over again.

KA — What was the most satisfying project that you were involved in?

MJ — At the risk of sounding really clichéd (and possibly even lame)…every single project that I have ever undertaken has been incredibly rewarding. Just like relationships (or love affairs) throughout the course of one’s life, despite all the variations, types and turmoil, either we choose to remember the bad and the painful or we consciously opt to contextualize all the ‘ugliness’ and simply to chalk it up to experience, smile, move on and look forward to falling in love all over again. The most satisfying project I suppose is yet to come.

KA — What makes a project “satisfying”?

MJ — A satisfying project is one that tackles and overcomes ridiculously impos- sible constraints and unrealistic expectations. It’s about being able to bring a project in on budget and on time…regardless of mandate and whilst remaining ‘true’ to your (professional) integrity and not compromising either your own vi- sion or that of the client’s. I’m not interested in that easy victory. I love to continu- ously test my limits…to raise the bar every single time. I believe that’s how one grows, discovers and ultimately secures their confidence into trying yet another greater challenge the next time. Since attitude is a product of experience. So I don’t know, either I’m simply a thrill-junkie or just a glutton for absolute pain.

No matter, I love what I do (for the most part) and it gives me tremendous satisfaction and unconditional reward. I’m pretty fortunate however in that I am able to choose my projects and with that, I’m able to tell (or at least for the most part) if the outcome will be satisfying or not. Design for me is not about how many square feet you’ve designed last year or how many hollowed hours you’ve billed for or how much you invoiced in the last quarter – if it were, I’d surely be doing some- thing else.

KA — What would be your dream contract?

MJ — My dream contract…begins with a brilliant client, accompanied by a succulent multi-course mandate, followed by a realistic budget, and capped with an earthly timeline.

KA — When a contract is over, is it hard to release your creation to the client knowing that it is now in their hands and sometimes what you saw in purity of your mind’s eye is not what they see in the context of commerce. How do you let go?

MJ — No not especially, I mean I wouldn’t exactly put it like that, but it is understood from the very beginning, regardless of how I might feel, like a surrogate; I have a contract to conceive and deliver – regardless of the attach- ment, emotion, or intended commercialization. It might sound rather cold and somewhat detached of me…but this is what I do. This neither takes away from the intention or devalues the entity/end-result. In fact, one of the func- tions of design is to exist in the context of commerce. Commercial design is that booster shot to a client’s commerce, intended to render it immune to the competition. But I think what you’re referring to; is more a question of indi- vidual respect rather then anything else, which all the money in the world could never replace or buy.

KA — You created the Excentris, which is still one of the most beautiful spaces in Montreal, and you did this way before its time. How do you reconcile with the fact that your ideas are way before “their time” and as such will suf- fer the ignorance of the unfamiliar only to be later copied by the mass and you the creator to not be recognized as the original?

MJ — Put like that, and imitation all of a sudden, is not exactly a ‘form of flattery’. Lack of recognition on the other hand…now that’s a hard pill to swallow (and nothing to do with ego). Since the only way of securing the next contract/commission is by having gotten the proper credit for your last project. The romantic notion of the ‘unknown soldier’ is not applicable here. The reconciliation part in this instance however, is basically two-pronged – One: being copied (or the fear of being copied) is something that I don’t give much thought to…I’ve come to terms with the fact that that is well beyond my control. And if it will happen, then that’s fine as well because there’s a hundred more ideas from where that came from, just waiting to explode. You see I made a career decision at the very beginning (before I even had my first client) which was to never take the easy way out and to always remain true to myself, no matter what. I knew very well from the onset, that this approach; that of always aiming to create a demand rather then catering to one, would be a very costly one, if not even bring about my own demise – (the good thing about making a rational & well-explored decision, is that you’ll nev- er have any regrets…something about eyes wide open). Twenty something years later, and I still carry the same flag and march to same beat (despite the number of so-called ‘losses’ I’ve taken on). Every project is completely differ- ent from the last and or the one to come. Quite simply, my design/aesthetic is dictated by the mandate. Unless one day I decide to become complacent and copy myself (and become that cookie-cutter), It’s inevitable that two projects (or designs) will ever resemble each other.

Two: is an inherent by-product (of one), the fact that I am continuously ‘re- inventing’ my design, rendering my own work obsolete, is enough to remain ahead of the forgery – by the time that something has been copied, I’ve al- ready moved on and set up camp somewhere else.

Besides, my ultimate appeasement comes from the notion that nothing that is either found in nature or even manmade can’ truly’ be duplicated. Yes anything can be in essence imitated, replicated, or even cloned…but there will always be that ‘first’ and a copy will always be exactly that; just a copy – Regardless of recognition, or not.

KA — What is your favorite thing about Canada and being Canadian?

MJ — The thing I like most about Canada is its size and general disposition. It’s huge, plenty of space, not too many people and no one gets in your way…favorite thing about being Canadian? The comfort in knowing that I can travel anywhere in the world and no one gets in my way.