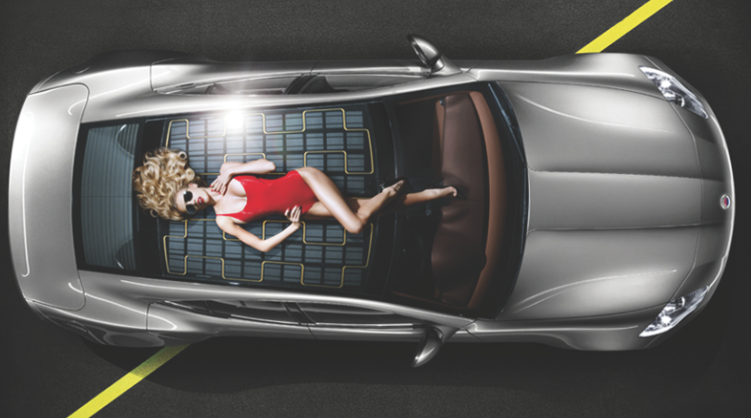 “GET YOUR HEART ON”

What is it about cars that evoke so much adoration from young and old, male or female… even animals love cars! Have you ever watched a car pass by with the family dog in the passenger seat, it is hard to figure out sometimes who is enjoying the ride most: the dog or the driver! Sure, there is the person who will tell you with a straight face, that cars are made to get you from point A to B, but I am sure that even this person after seeing the cars on the following pages would not help but get their heart on for the four sweet rides in KA’s car feature. 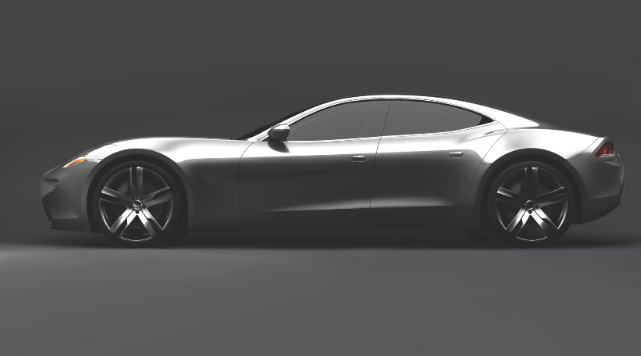 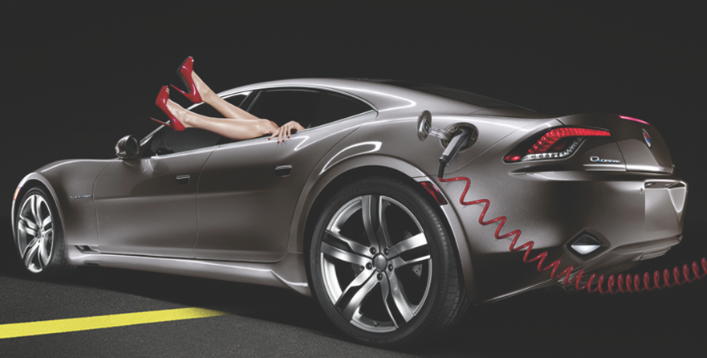 There is a running joke at KA that if I was given a spoon to create an ad campaign for, it would be photographed entering a woman’s mouth. The point is that I love the woman, and I would put her with anything to make the point of that object’s beauty, at least this is my interpretation.

Well after much ribbing from my wonderful associates, I decided that penguins are beautiful and I would make the other series of ads with penguin images. This did not go over at all, and proves my point that you just cannot please everyone. But was I ever pleased when I received the images of the Fisker Karma campaign. I was at last vindicated! I mean, anyone that would put a blonde in a red bathing suit, lounging on the solar panels of an electric sports car, wearing black heels, is definitely proof positive that this was my kind of person!

This company was also our first choice in issue number one as the KA car and as well they graced our first back cover which made me smile for days. I remember that Henrik Fisker answered one of his questions with the prophetic phrase: ”My intent — to design the sexiest car period.”

To this end, there is no doubt, but we will go one step farther and challenge you to find a sexier car ad anywhere.

The Fisker Karma is a marriage of beauty and brawn, and the specs are as impressive as any gas operated sports car. The car features cutting-edge plug-in hybrid technology “Q Drive”, developed by Quantum technologies exclusively for the Karma. To put the technology in Layman’s term: there is a small gasoline tank which keeps the generator turning which in turn charges the lithium ion battery pack, powering the electric motor which turns the rear wheels. This concept can keep you going for up to 50 miles per day and with only a single charge each evening, you can conceivably run your car with a single refill each year. Added to this 0-60 in 6 seconds, and a top speed of 125 mph, this is definitely one of those rare times that you can have your cake and eat it too. 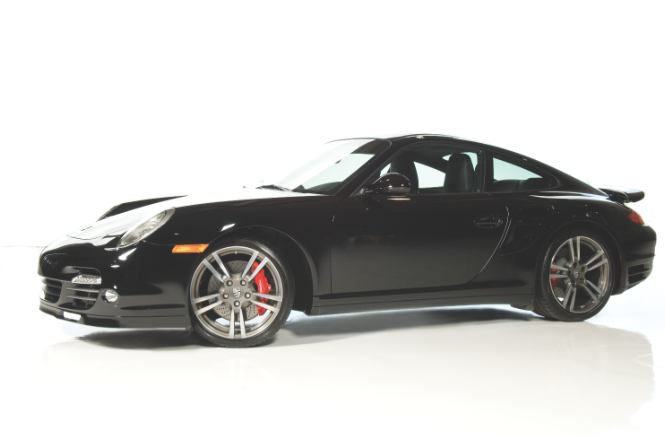 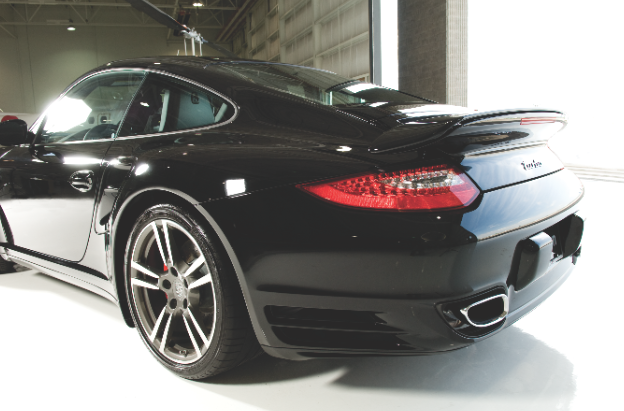 When we started this issue’s car features, we had a clear list of the cars we wanted to feature, and the 911 turbo was nowhere on this list. You see, this was an error in familiarity. The 911 Porsche was a car that I have driven in countless times and somehow even though I thought this car is definitely the best in its class, my familiarity with the Porsche made it ‘not as exotic’ in my mind. But as fate would have it, that was all to change. The director of fashion, Ashley King is a car fan (I think in some ways she is more of a fan than most guys out there), she knows what she wants and she likes them fast, very fast. So when she was given the task to choose the car for this issue’s fashion editorial entitled “Sexy Secret Agents” shot at Starlink Aviation, she wasted no time in contacting Lauzon Porsche and requesting a white Porsche 911 turbo 2010 model. You will notice that I said white, but the car on this page is black. It seems that the white was no-longer available for the photo shoot, but actually the black was Ms. King’s favorite to begin with, but how did that change my mind you ask…?

Have you ever seen a black ‘spit shined’ Porsche 911 turbo stalk up on to an eat-off-the-floor white private jet hangar? Well after this, I am sure if you had a magazine with a car section, you too would make space. Imagine that 35 years ago, when the turbo Porsche was introduced in Europe, they actually thought the market would be satiated after 500 deliveries. Now try 80,000 to be correct with no end in sight.

Since the 911 revolves around the motor, the majority of the upgrades are here. By integrating the cylinder blocks and the crankcase, the weight of the car is reduced, dedicated oil returns— ok that’s not exciting stuff, but all the tinkering around with the 2010 model’s engine, made this engine 22 pounds lighter. Now that means more fuel efficiency and actually, a faster, sexier beast.

3. JET ON WHEELS : The Maybach Landaulet 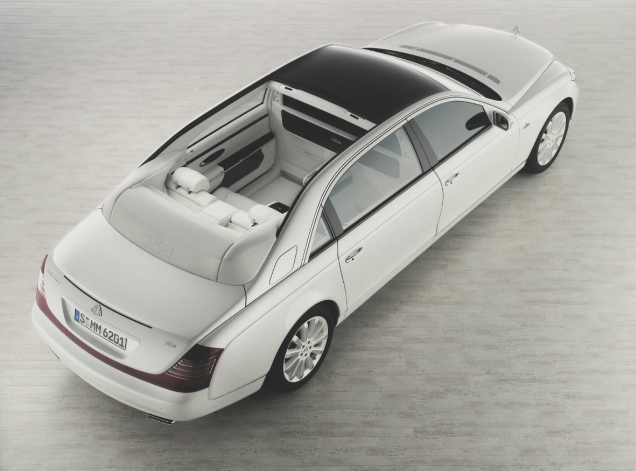 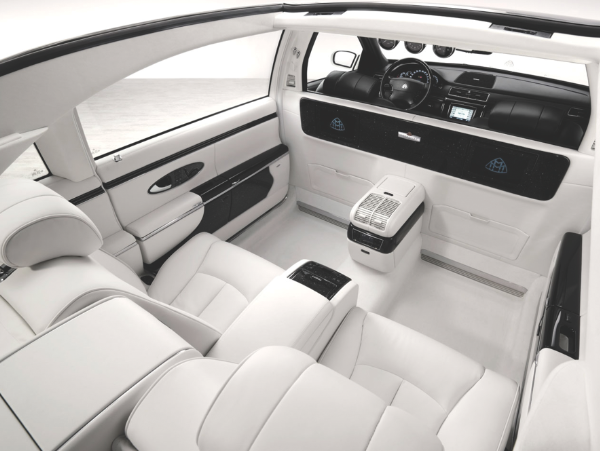 What is a Maybach? This word by itself conjures up so many things: royalty, a King from a Shakespearian novel, even at times a sorcerer in an Arthurian legend. I remember the first time I saw a Maybach, I had no way of thinking about the car in terms that was readily available in the context of cars. This car was so over the top that to start would be impossible. The price is impressive with most models starting at half a million dollars and others like the one on this page, going for over a million. What makes a car worth a million you say? To that I think I would not have the answer and as this is not the forum for answering these questions, but more to display for the sake of beauty itself. Just as the viewer will look on a beautiful painting without thinking of the price, then too the Maybach Landaulet asks the same. Do you remember the scene in Sex and the City 2 where the 4 white Maybachs pulled up to pick up the girls? Now if we suspend for a minute all the comments about the movie itself, that was definitely a cool scene (the first time).

The one – off Maybach Landaulet study lets the passengers enjoy the open-air via a retractable roof that electro-hydraulically disappears into the rear-parcel in (get this) 16 seconds flat, leaving the reinforced rear windows in place and the chauffeur’s compartment completely enclosed.

With all white — from wheels to the front white indicators and the seychelles white leather appointed interior – the “jet on wheels” is powered by the twin- turbocharged V12 engine that gives a whopping 450kW/612 hp from a displacement of 5980 cc. What does this all mean? Well basically, this thing can fly. 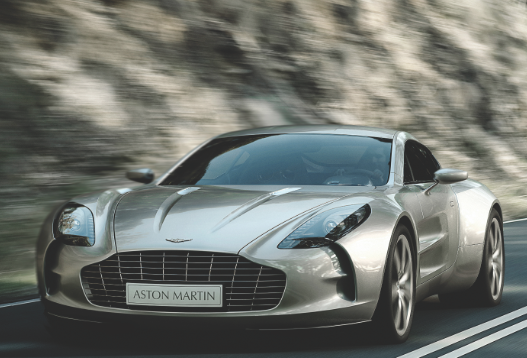 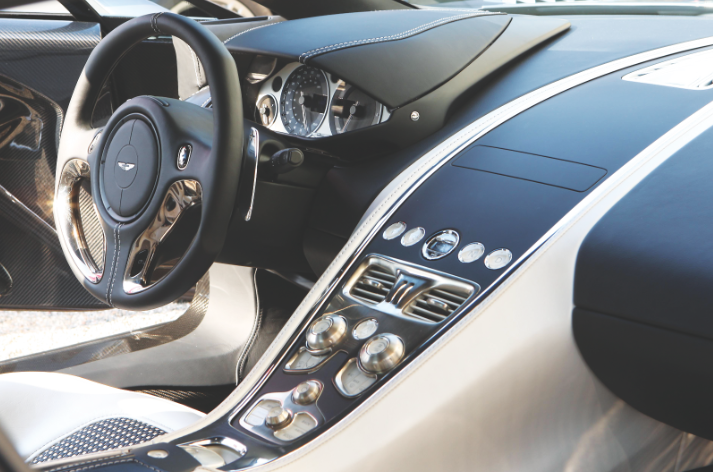 Have you ever seen an Aston Martin go fast, it is the strangest thing to witness. It’s as if there is a slow motion machine, the car just suspends time and then “vroom” it’s gone! It’s not that it even speeds past you, it just strolls at 145km per hour past you all low and growling. The Aston Martin is a study in perfection; a car that seems to defy conventional wisdom and succeed where others have failed terribly. Lets see, build it by hand: check. Build it in limited quantity: check. Every now and then, build only 77 – that’s it, that’s all, and put a price tag of over one million on it: check, check, check.

The sight of “the One” our loving name for the new Aston Martin one-77 is as mind blowing as the first sight of the Mona Lisa at the Louvre in Paris. You can’t and I mean, you cannot seem to take your eyes off her. There is something silent, haunting, brooding and unfair about such a thing not coming back home with you. It is not a wonder that this vehicle feels less like a car and more like a vehicular art form. Yes, I think this should become a new word: “vehicular art form”. The car is based on a sophisticated carbon fiber chassis with a hand crafted aluminum body, making the 7.3 litre V12 super, possibly the only Aston Martin (while on slow motion passing stealth mode) seem well, invisible to the naked eye. With 77 of them to be produced in the world, the chance of seeing one is practically impossible, but we are pleased to have it here on the pages of KA giving you this rare glimpse of “The One”.