Another year, another Fashion Month coming to a slow end. And while our favourite blogs, social media platforms and friends seem to be focused on all the same things – namely, Barbie(TM)’s major comeback, Jean Paul Gaultier’s final goodbye, Chanel’s Feminist Movement display and Cara Delevigne’s brows (or lack thereof), we here at KA would like you to take a “pause for the cause”, so to speak. As fashion trends and technologies keep advancing, so does our social consciousness. It seems that now, more than ever, designers from all over the world are taking matters into their own hands and opening our eyes to the possibility of a completely sustainable (and still high fashion) future. Below are a few of our faves from this past month.

SUNO uses the local talent of Kenya, India, Peru and New York to create a collection of unique prints, textures and embroideries. Designer Erin Beaty kept true to her personal mantra of never looking overly “done” and displayed impeccable style without being ostentatious. Lines were crisp, silhouettes were clean and the combination of watery blues and whites with neon pops of pinks and yellows made us feel like we were taking a deep breath of fresh air in the middle of a sunny meadow. 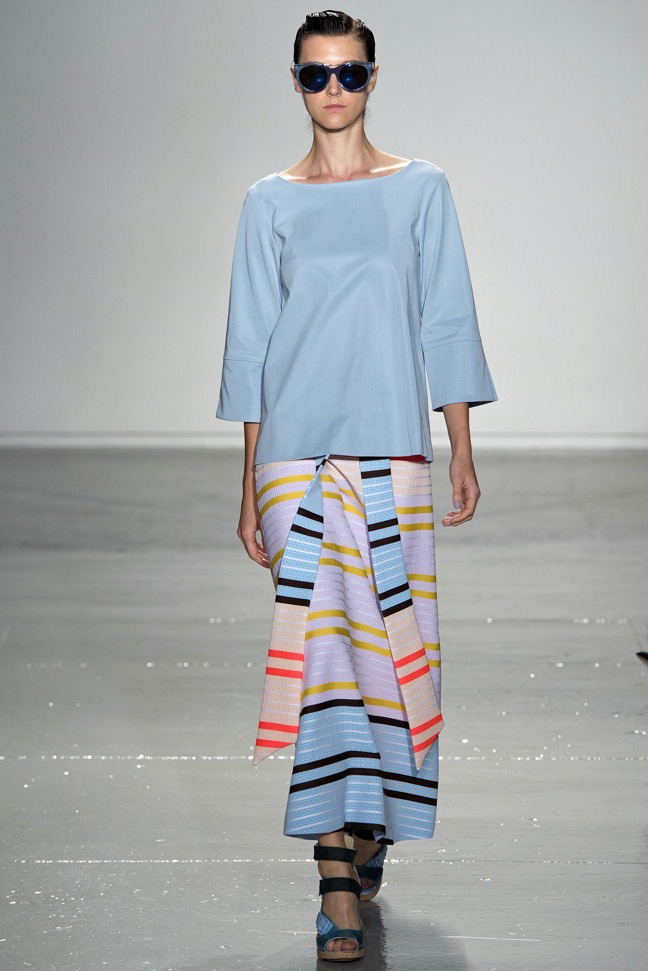 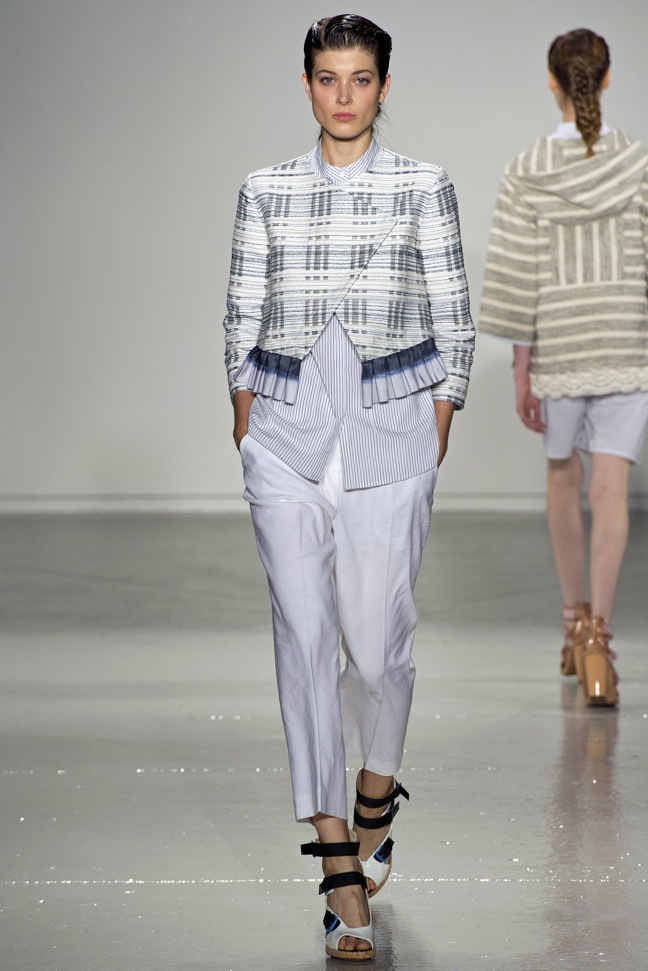 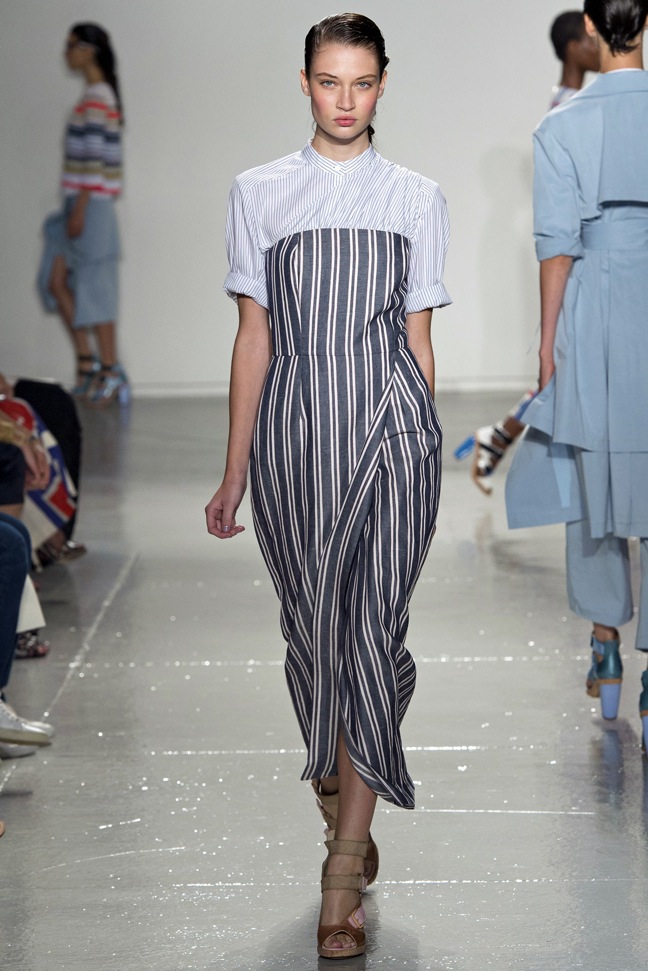 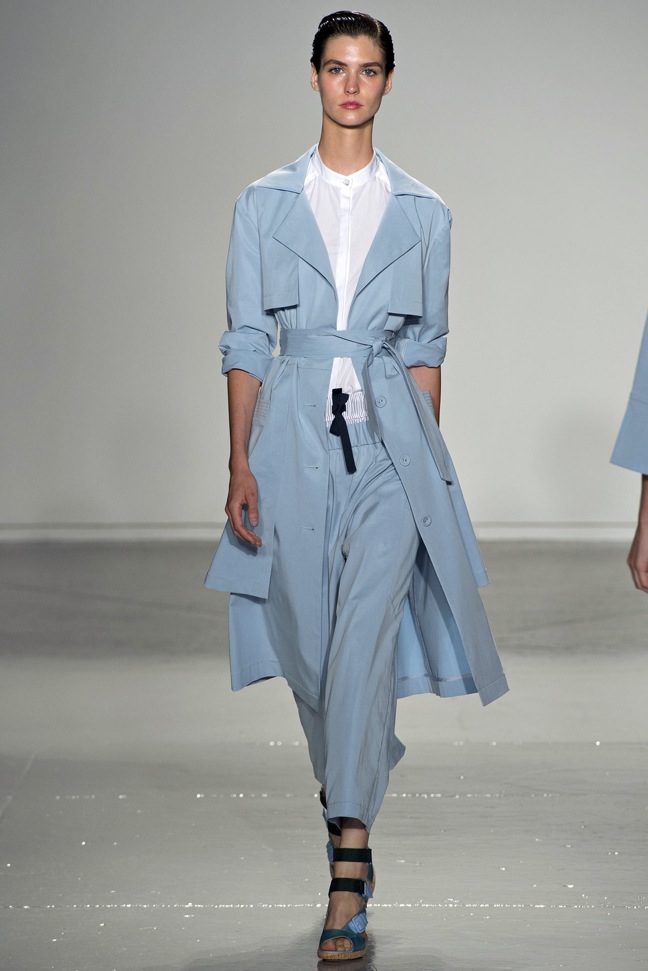 Originally founded in 2005 by Ali Hewson and Bono to promote trade in Africa, EDUN recently appointed designer Danielle Sherman as their newest Creative Director. Her third collection for the label was inspired by “the perfect and imperfect” – namely, the dots on kponyungo masks, which are used to ward off spirits by tribes of Africa’s Ivory Coast. This came in the form of prints, textiles and even accessories (the spotted print played peek-a-boo on shoes and the ubiquitous circle made an appearance on loop belt buckles). Though the overall silhouette and colour palette were easy, breezy (and always flattering), we liked how much fun the designer had with her point of inspiration. 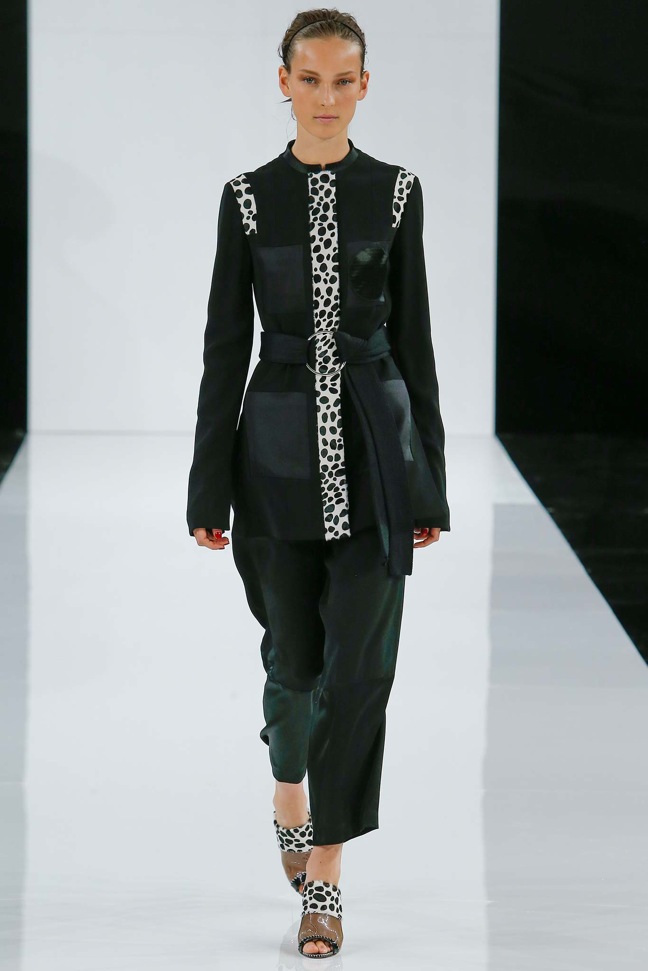 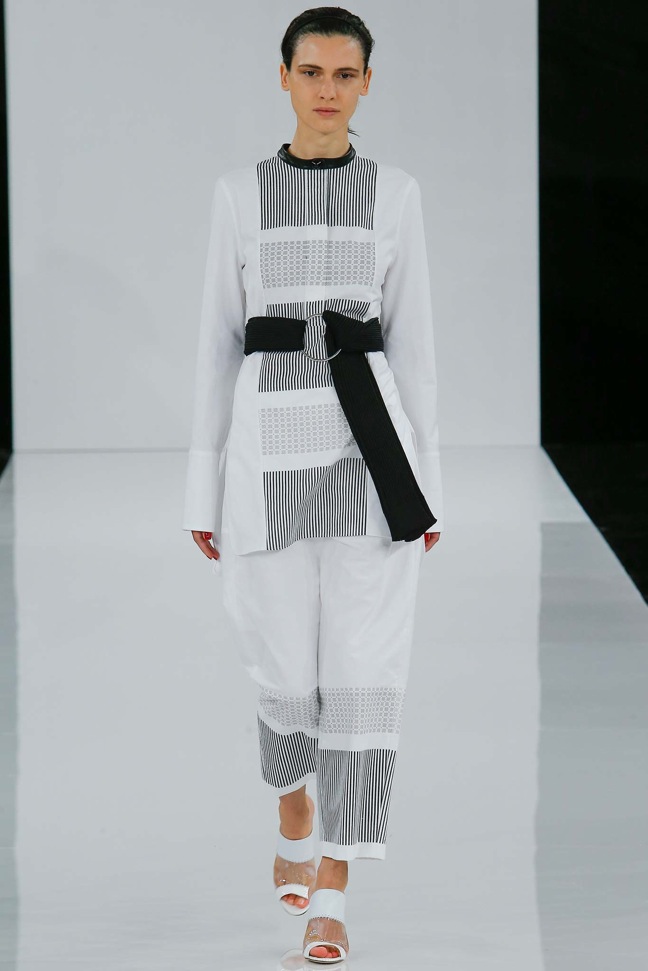 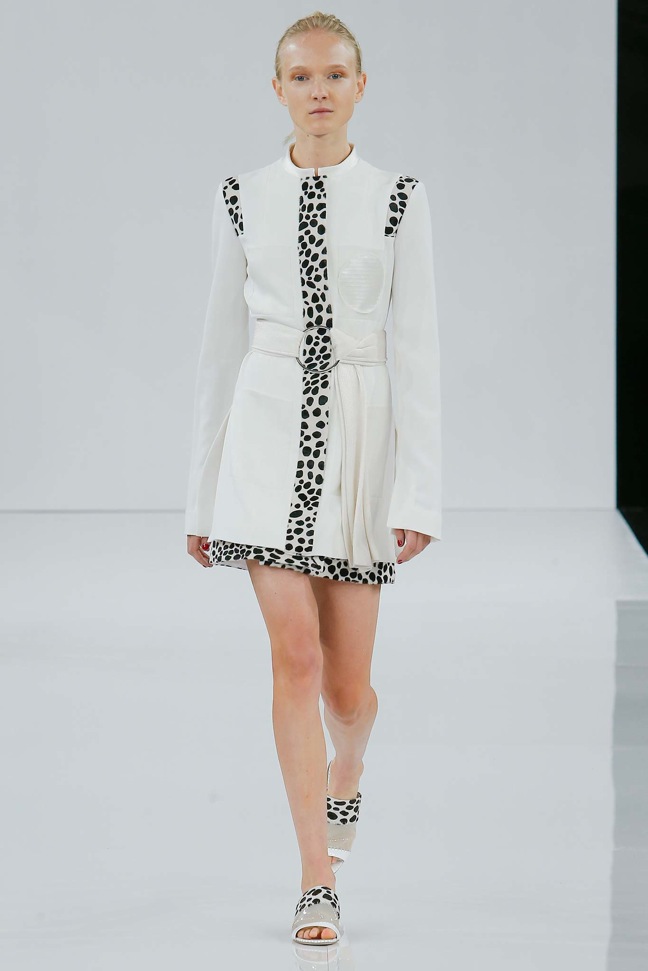 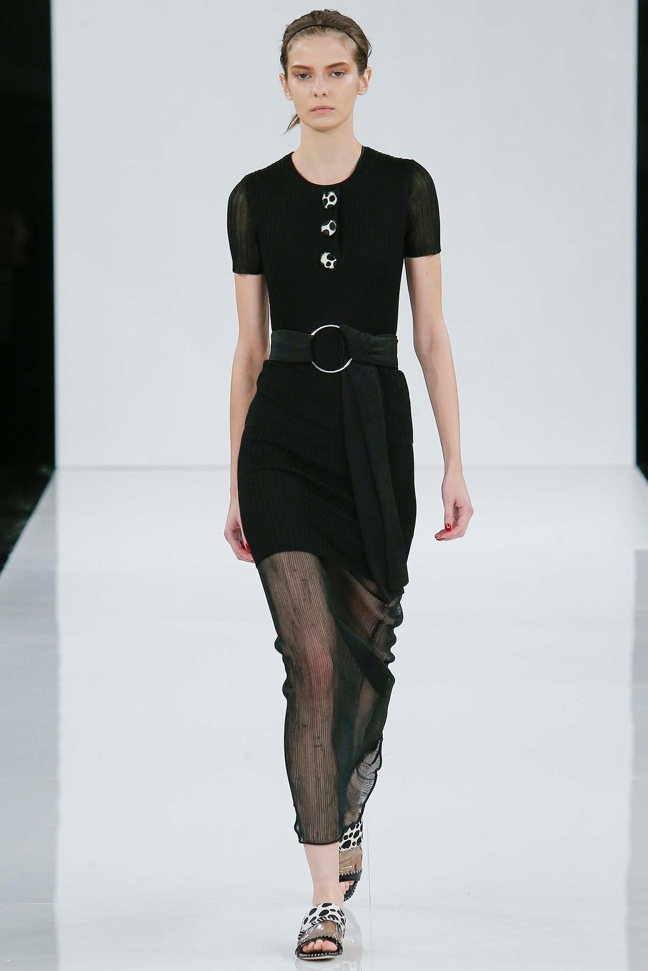 Since 2004, John Patrick’s label ORGANIC has made integrating organic materials, fair labour practices and ecological awareness into designer fashion its priority. Obviously a fan of the current 90’s movement (and what’s not to like?), his Spring/Summer ’15 collection is a modern take on the trends we all know and love. Whether oversized, sheer or cropped, each look has a quiet attitude all of its own. 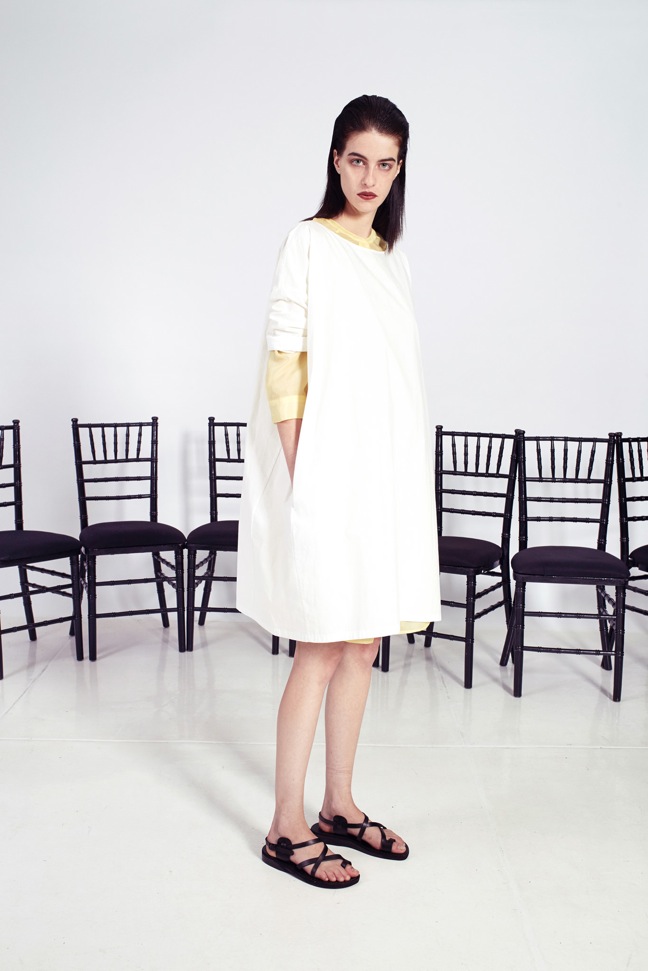 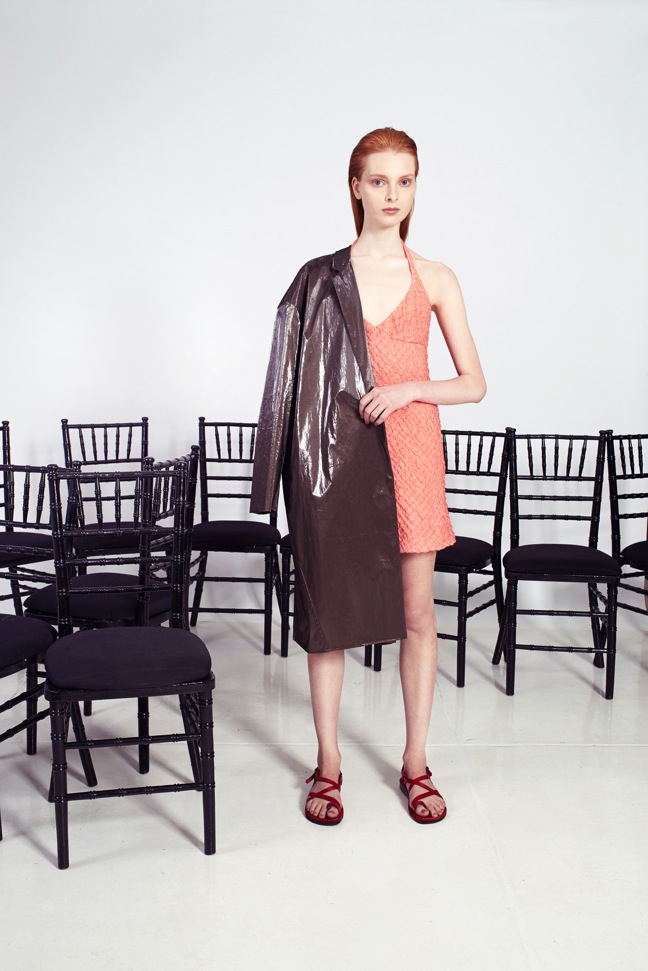 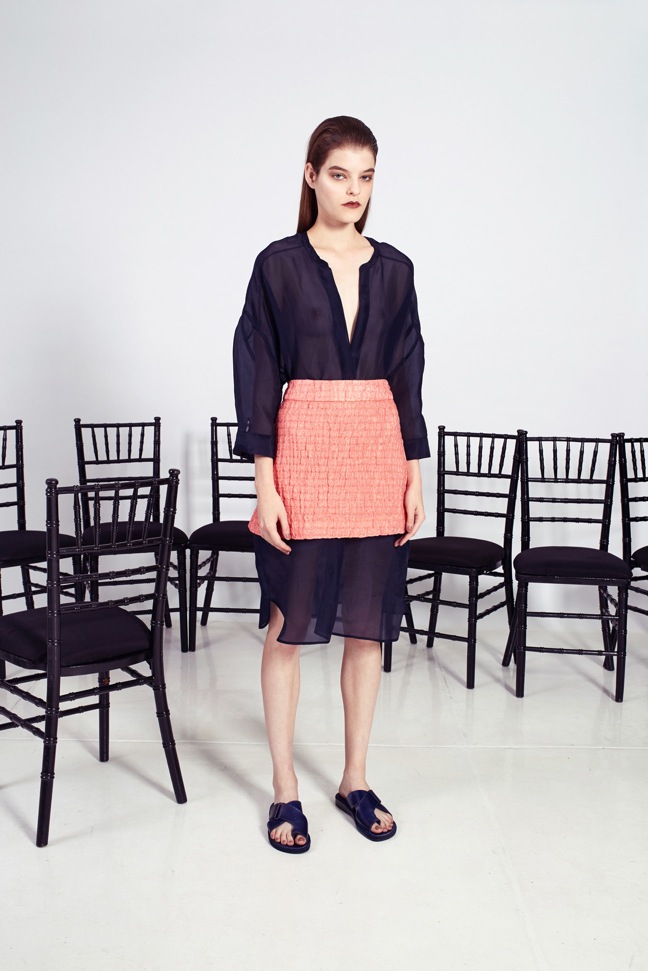 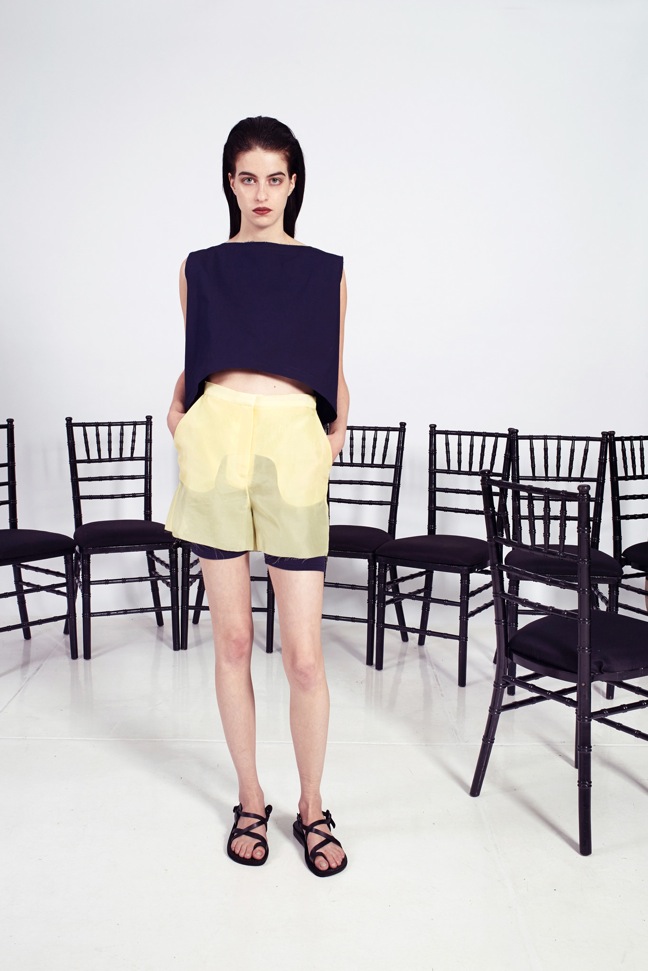 Italian-Haitian designer Stella Jean, though relatively new to the Milan runways, has already developed an incredibly well-recognized (not to mention well-liked) aesthetic.

Her flawless juxtaposition of stridently lady-like and tomboyish-ly chic as well as her combination of beautiful Italian tailoring with the art and textiles of Haiti have her well on the way to becoming a cult-favourite. This season, she collaborated with Ethical Fashion Initiative to create a giraffe-spot print produced using a mud-fermentation process. Her eccentric mix-and-match combos, sharply tailored pieces and sports jerseys were true to the Stella Jean we’ve grown to know and love. 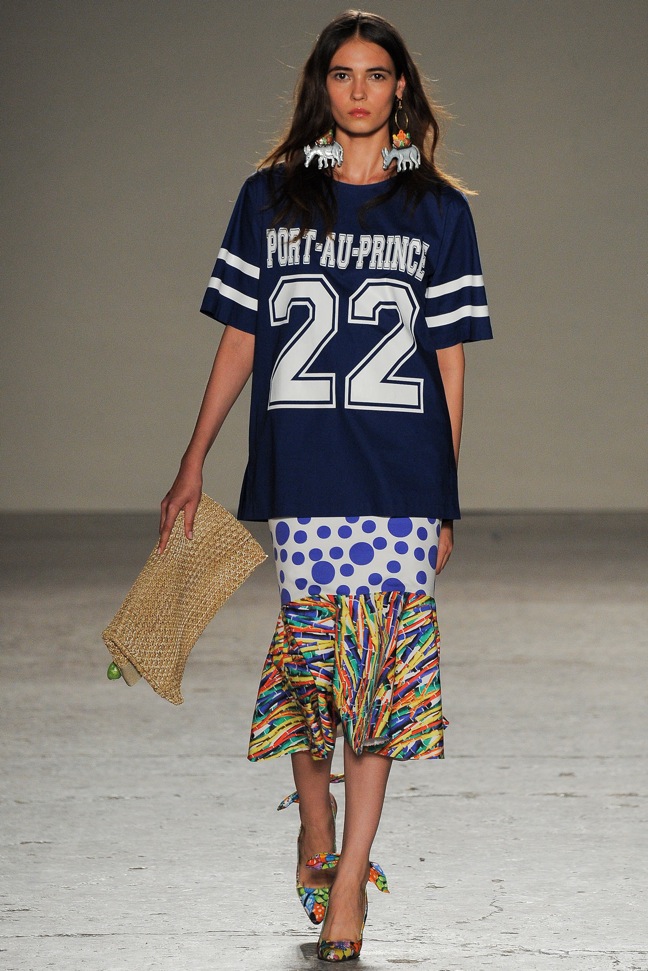 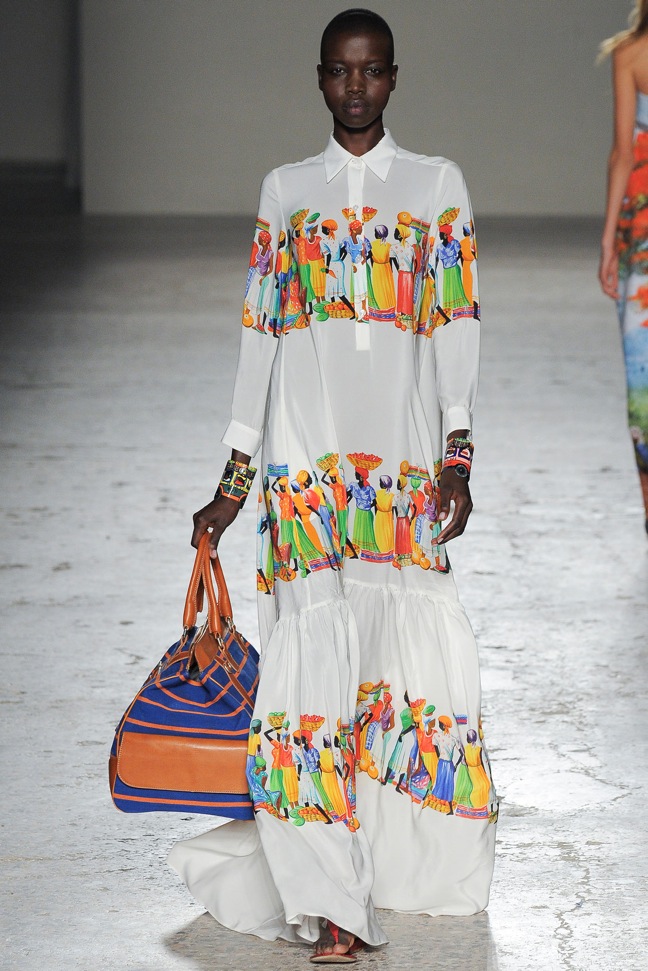 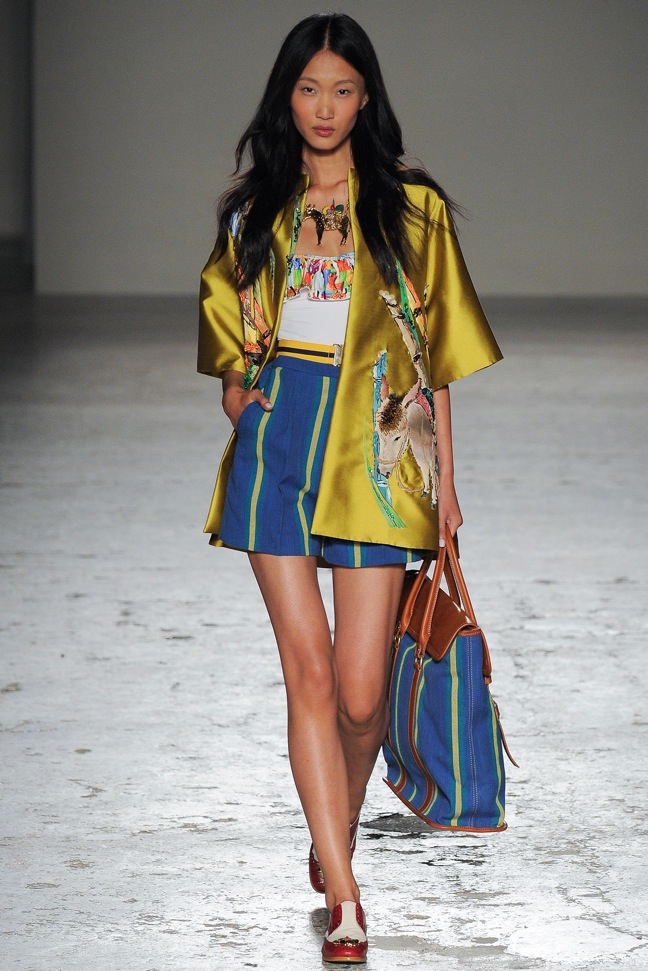 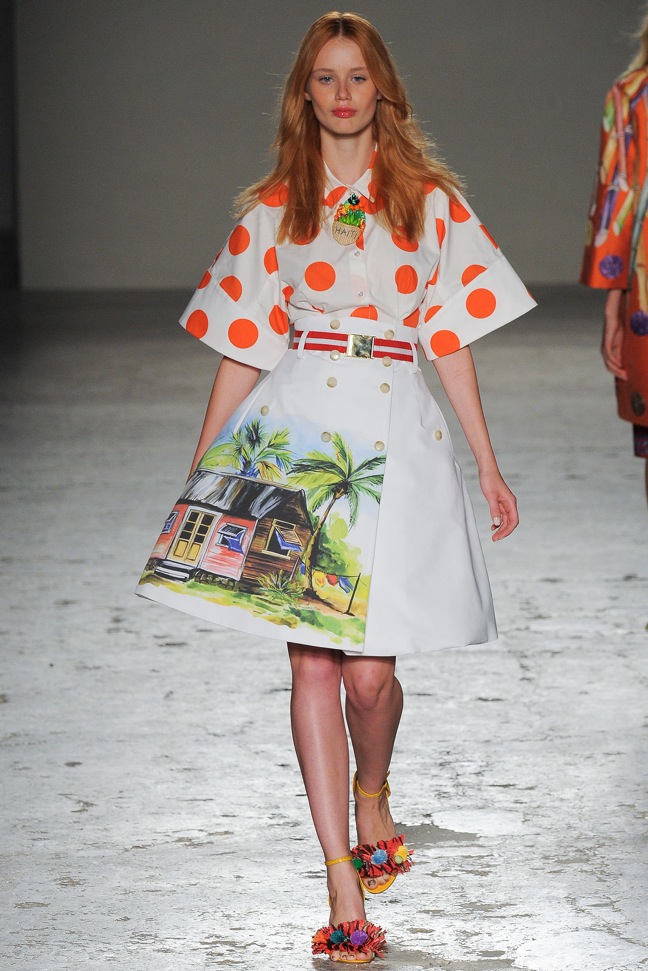 Always the one to think outside of the box, MAIYET, who is known for working with traditional artisans worldwide in their continuous effort to turn the fashion supply chain into a more socially conscious one, opted to do a salon presentation rather than grace the Paris runways. Accompanied by five short films featuring the undulating movements of dancers, this collection was seemingly inspired by lyricism and movement. While there was definitely something soft and graceful in the draped silhouettes and stark black and white colour palette, we appreciated the less dramatic, more contemporary looks as well. Materials such as Indonesian batiks and Peruvian knits and lace popped and organically shaped graphic patterns and a soft coral were the perfect finishing touches. 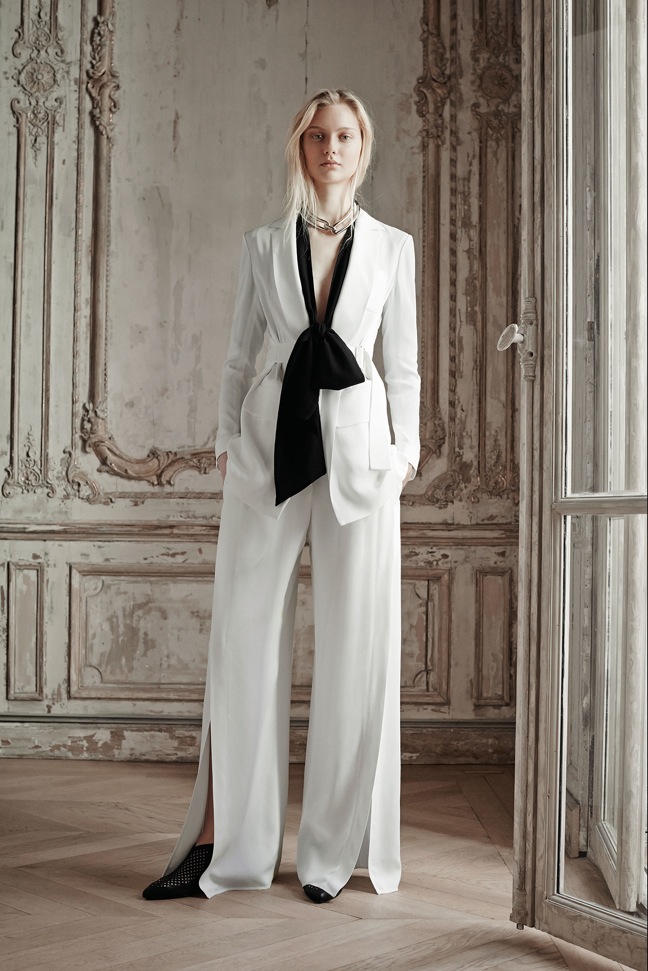 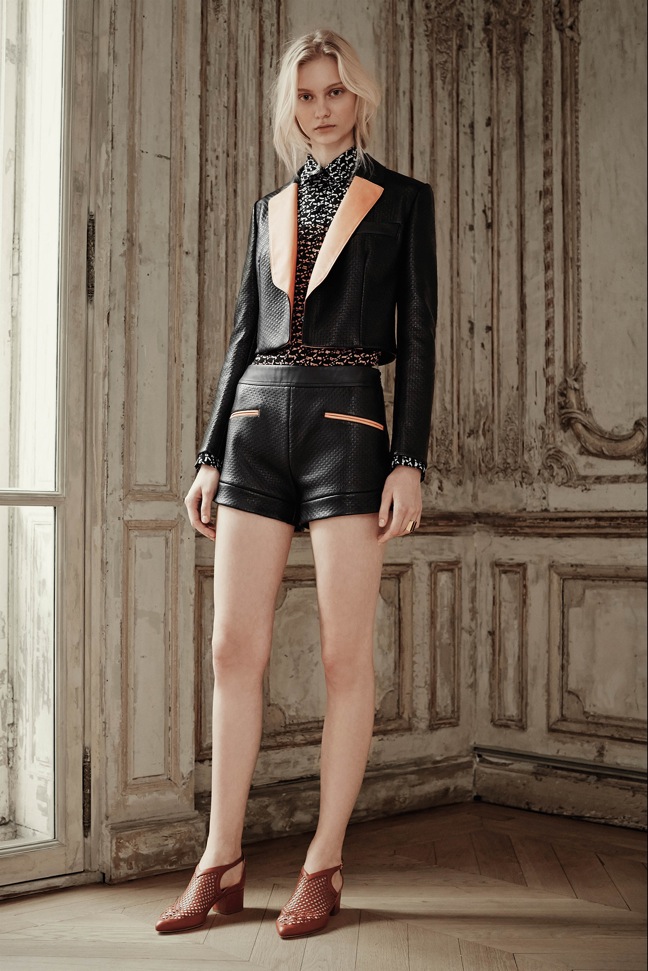 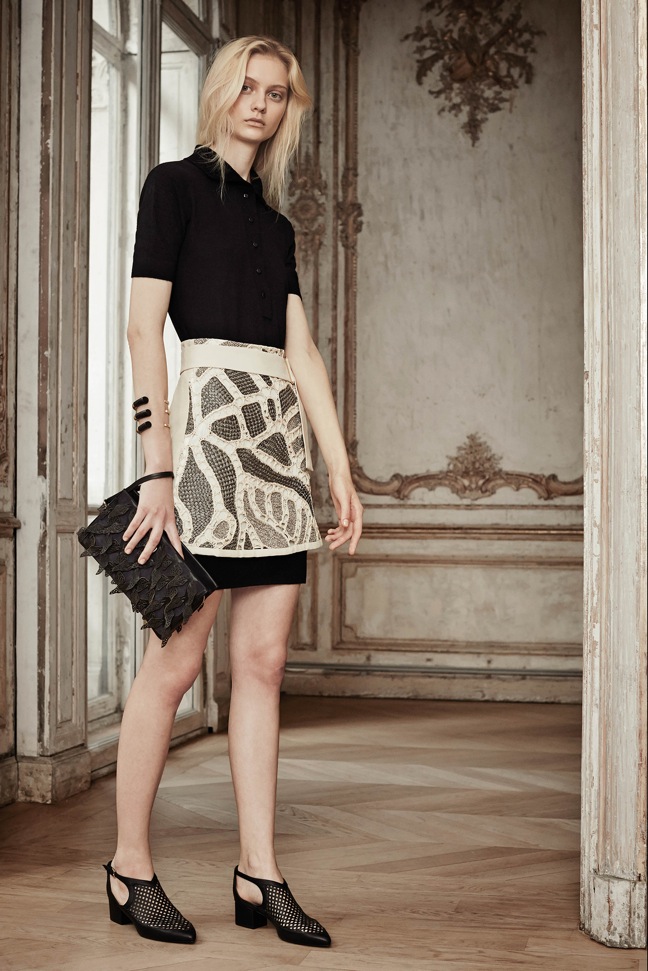 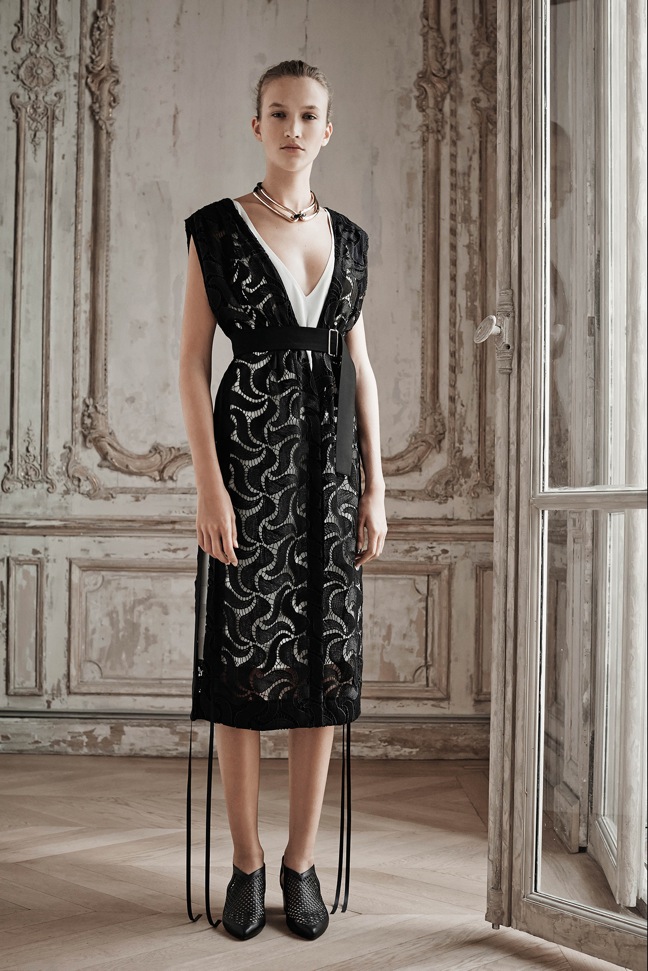 Finally, we can’t talk about socially conscious and ethically minded designer fashion without talking about Stella McCartney, one of the pioneers of her kind. As always, we got a look into Stella’s eccentric mind and effortlessly cool aesthetic with wide cut pants, ribbed knit tunics and long skirts. An expert at somehow making the models (and by extension, us) feel both comfortable and sexy, details such as cutouts and, later on in the collection, silky slip dresses were just another in a series of surefire hits for Stella. 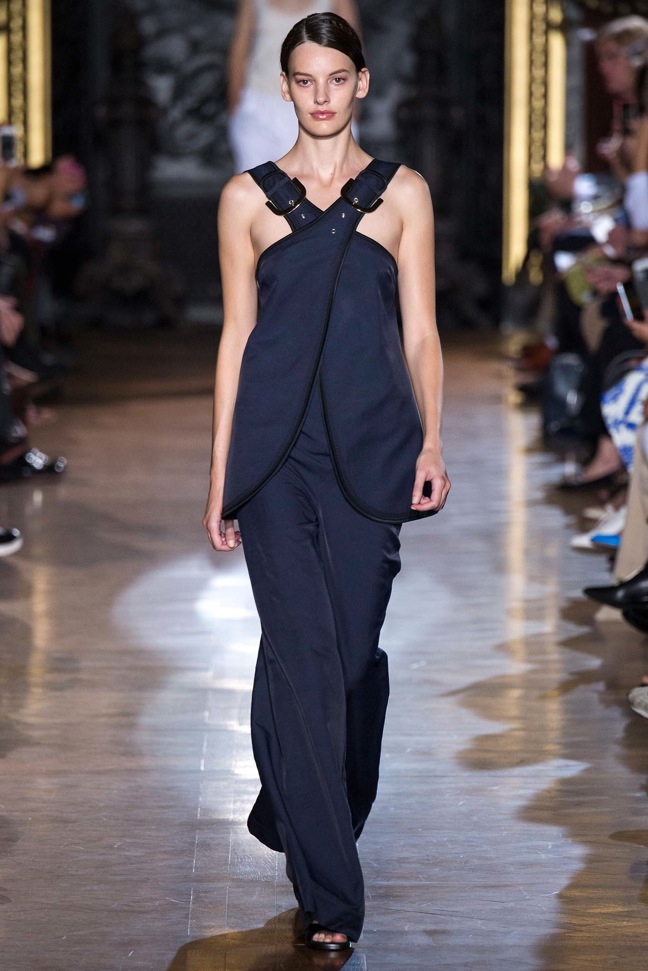 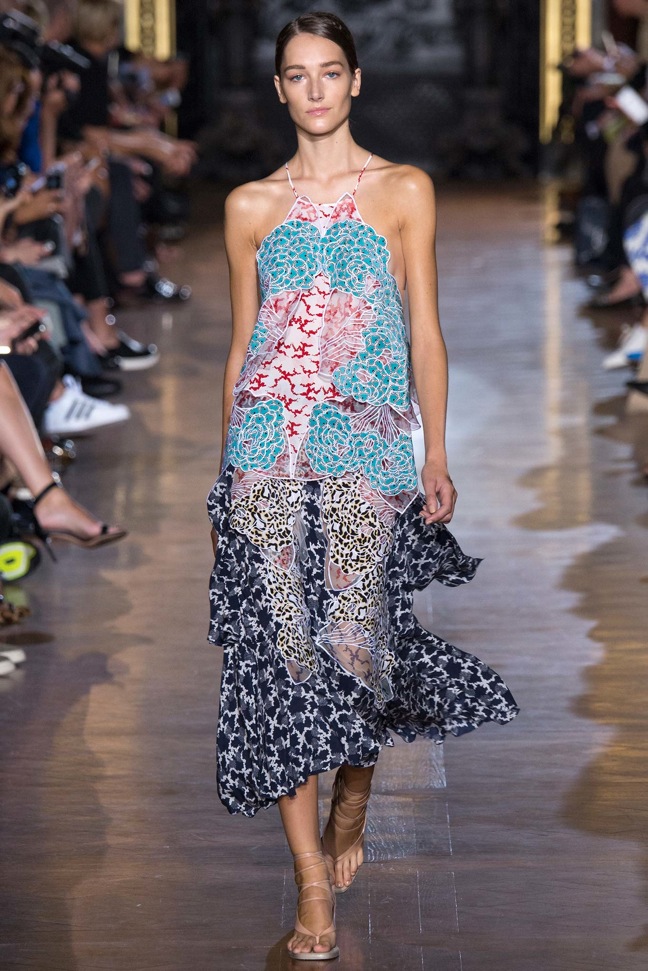 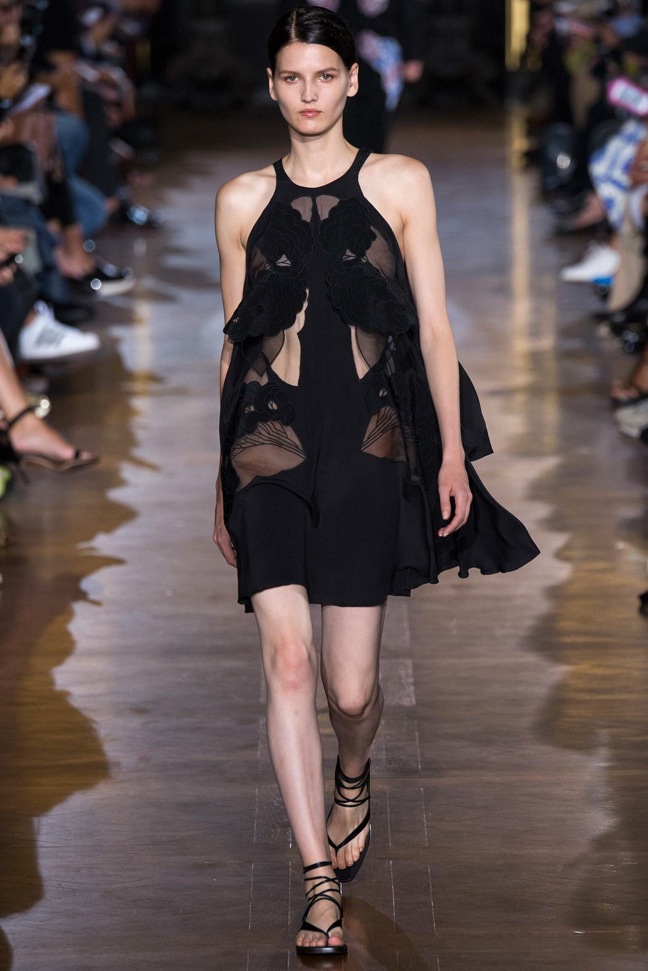 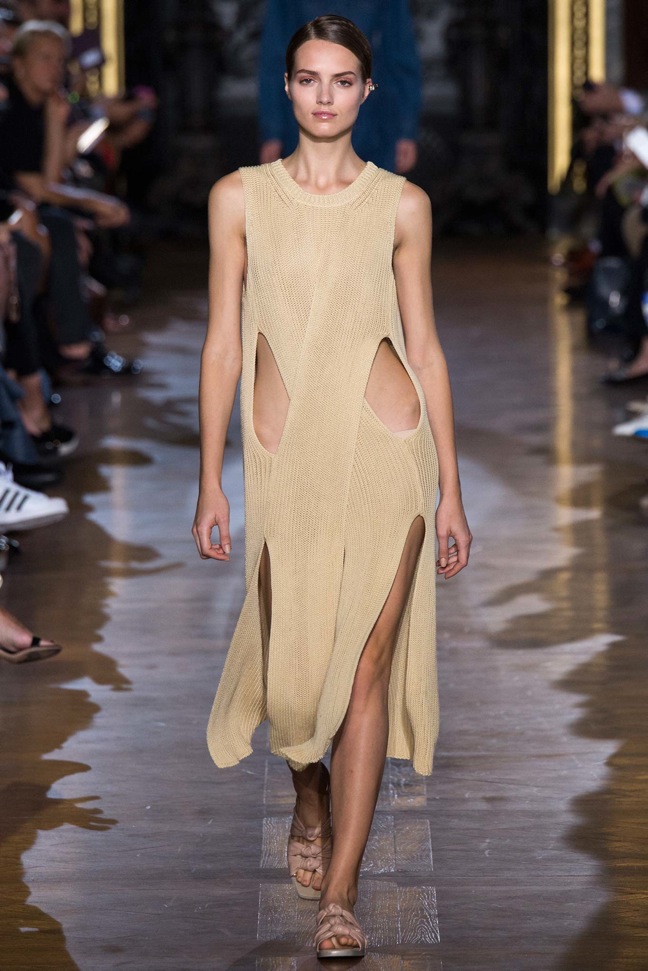 Overall, much like all good trends, we hope sustainability on the runways continues to grow and that we can continue to change lives and make waves in ways that can only be beneficial not only to our wardrobes but our earth as well.