It’s crazy to think that a major technological advancement such as being able to watch your favourite blockbuster in 3D at the movie theatre is already old news. Heck, bringing that same 3D technology into our family rooms has already become a thing of the past. That being said, it stands to reason that a concept so cutting edge would eventually make its way from our mode of entertainment to our mode of dress. For some time now, 3D fashion has been making waves in the industry and Israeli designer Noa Raviv’s latest collection, Hard Copy, is no exception.

Noa manages to blur the lines between the real and the virtual by expertly integrating 3D-printed elements as embellishments onto her beautiful manipulated garments. Traditionally formal fabrics such as tulle and silk organza are layered, ruffled and pleated to create an intricately shaped and voluminous base for the 3D ribbed polymer textile, created using a Stratasys Object Connex multi-material machine. Inspired mainly by classical art such as Greek and Roman marble sculptures, Noa takes her cue from the typically fragmented and partially destroyed statues and stretches grid patterns across the fabric for a more distorted look. Silhouettes are asymmetric and black and white trim further pushes each piece into the realm of visual illusion. While working with the 3D software, Noa also noticed a feature that marked the edges of an object with a selected colour, the genesis of the bright orange pop of colour found within the collection.

In regards to the collection and her inspiration, Noa explains, “Classical Greek sculpture once represented an ideal of beauty. It was copied and reproduced many times throughout history until it became an empty repetition of style and expression […] I have deliberately created defective digital images with 3D software. Deformed objects that were created by a command that the software was unable to execute. These objects cannot be printed or produced in reality. They exist only in the virtual space. The tension between the real and the virtual, between 2D and 3D inspired me to create this collection.”

Despite her extremely unconventional methods, Noa still manages to create a collection that is as graceful as it is bold. Thus, another perfect example of what can be achieved when one thinks (all the way) out of the digital box. 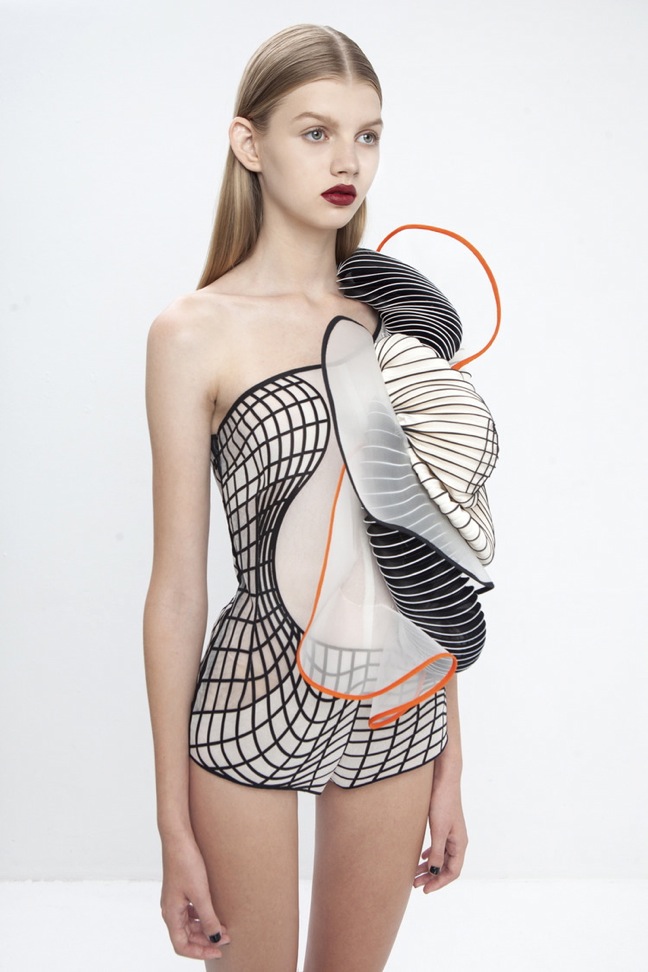 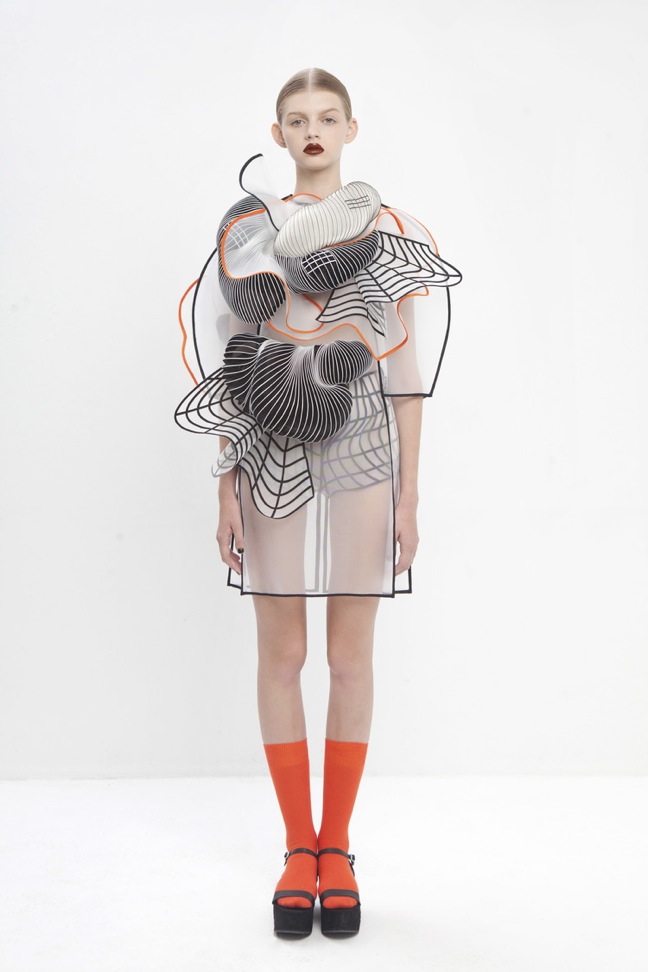 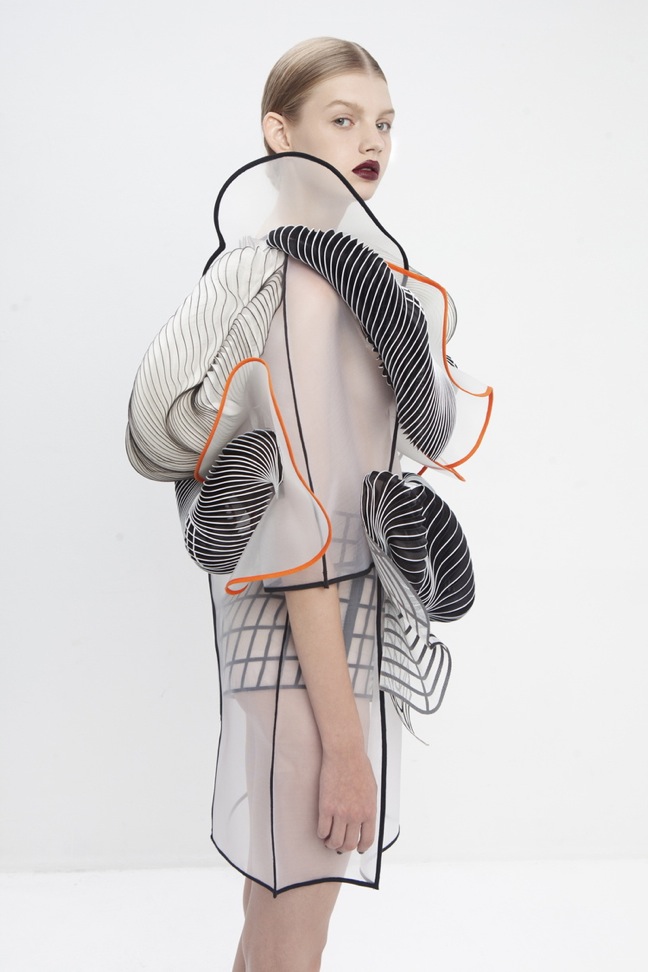 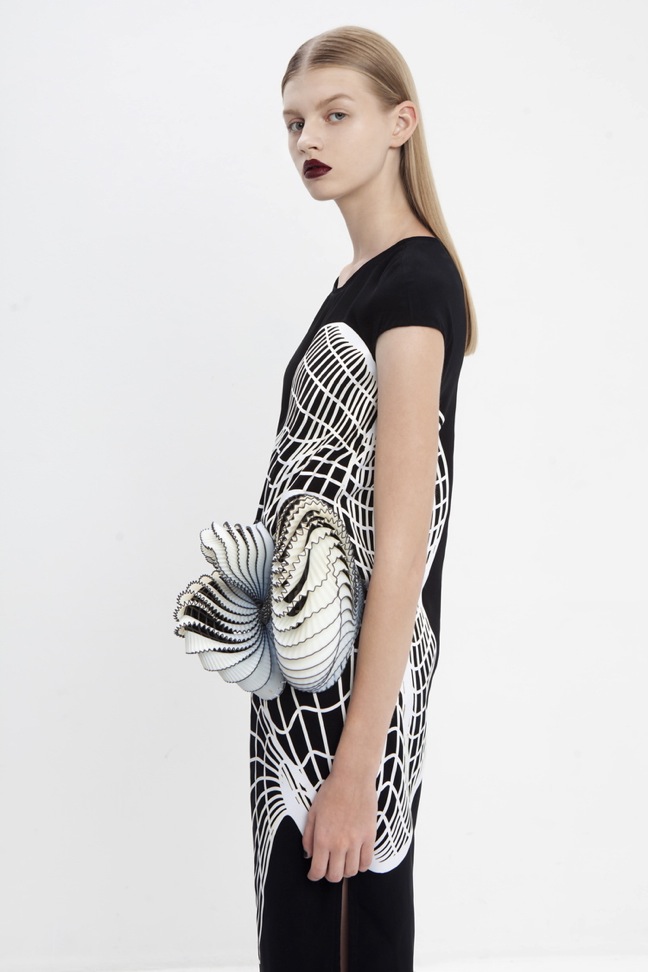 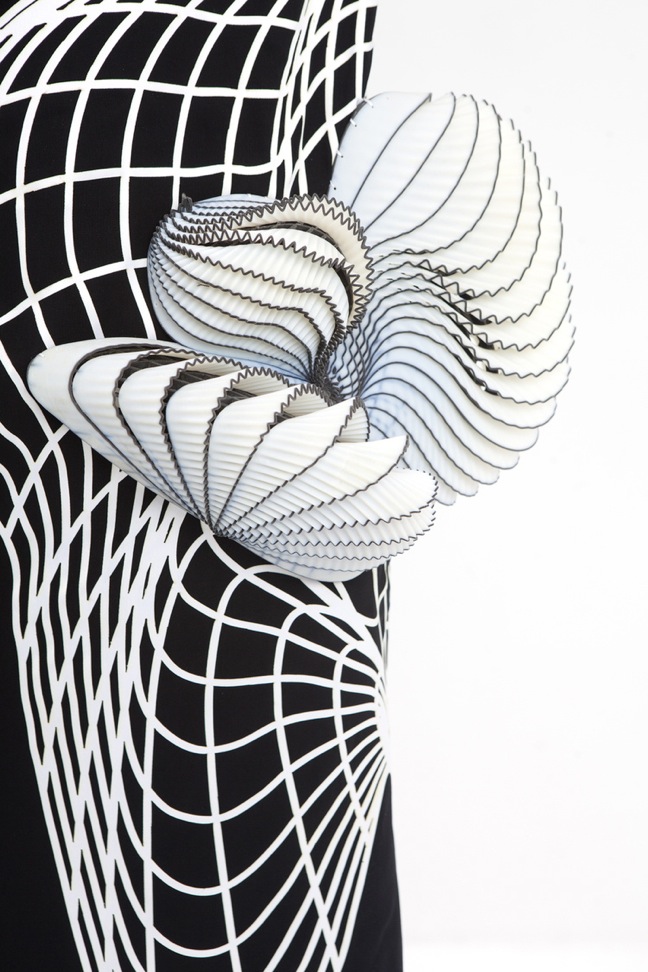 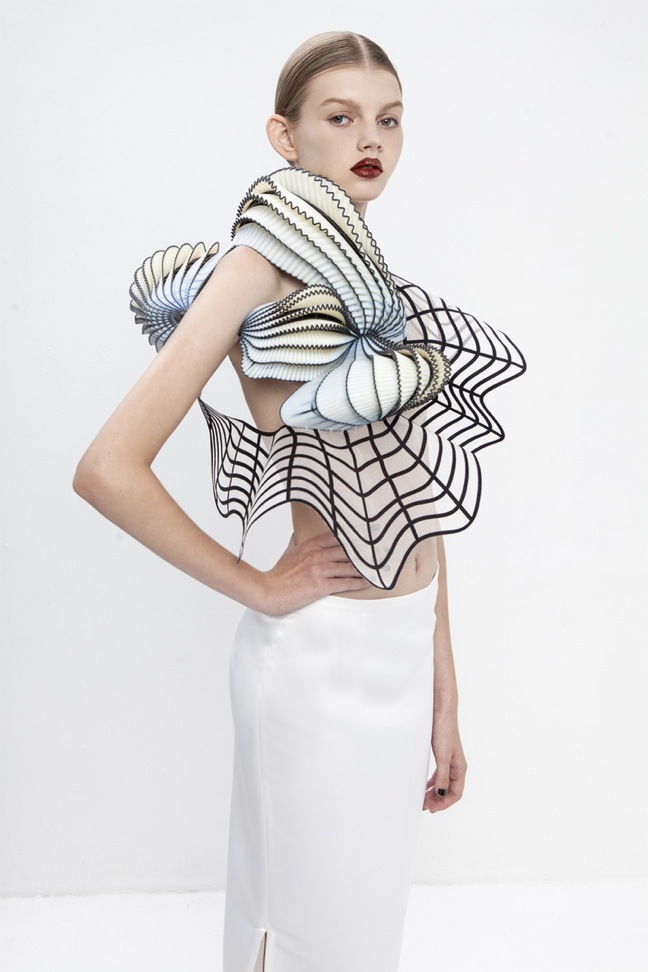 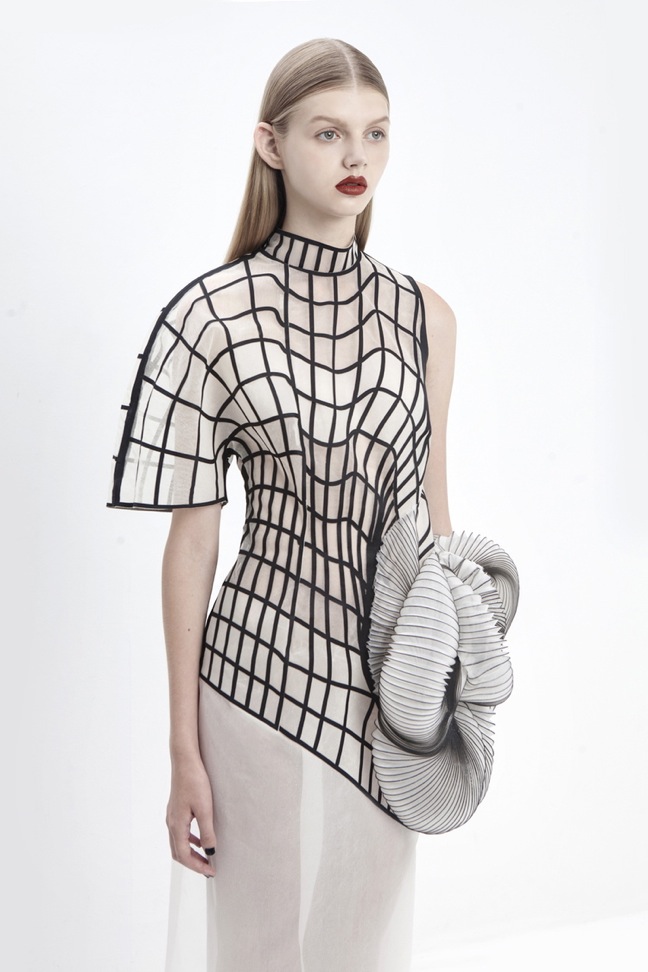 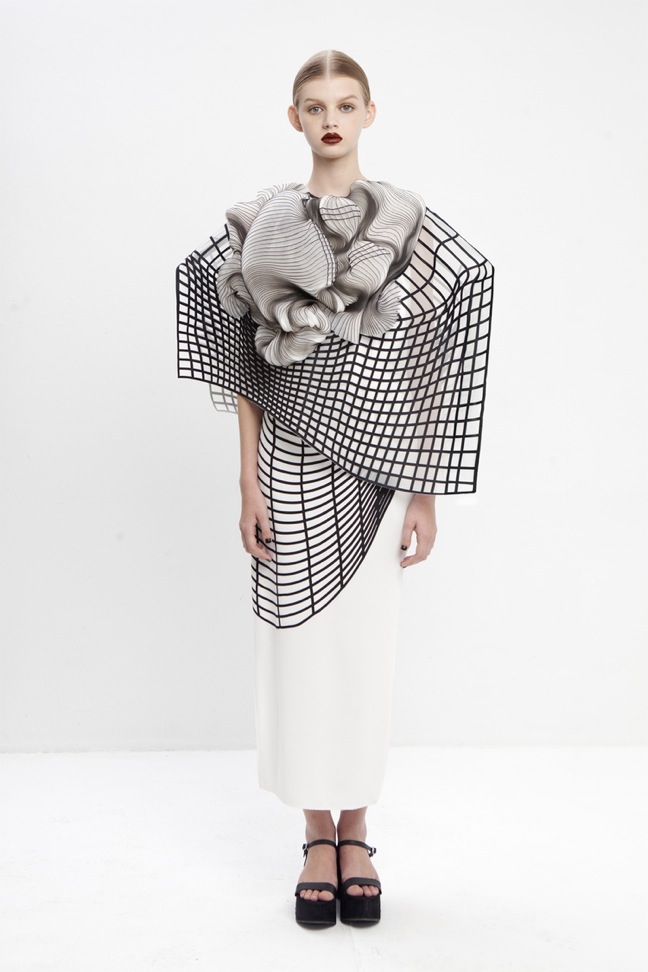 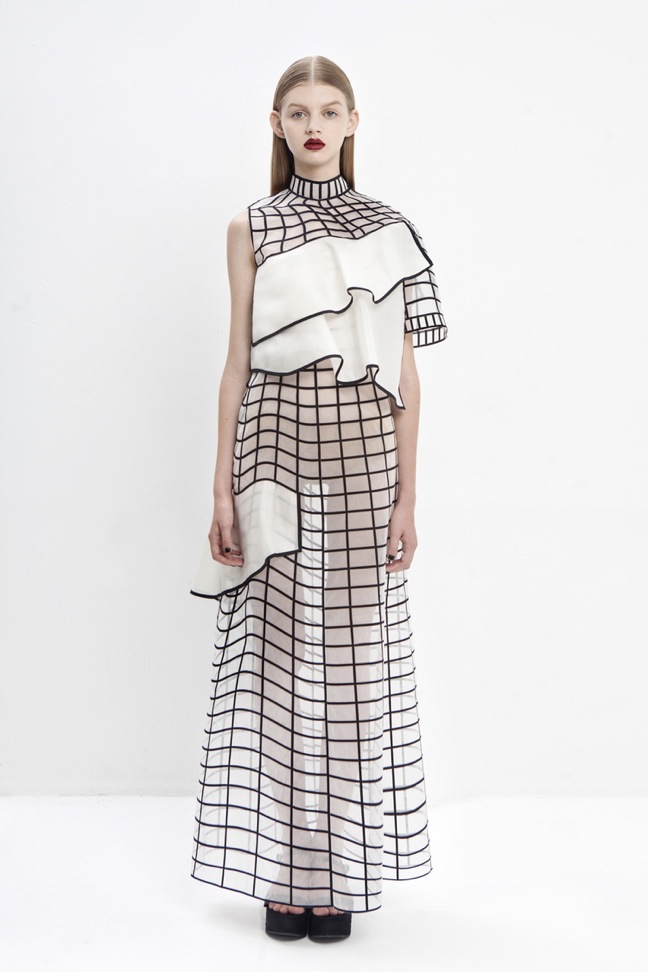