BANG BANG SHE SHOT ME

KA Magazine teams up with Ashley King, Recording Artist and Art Director of KA – to create this eye-catching music video, filmed and directed by Kevin Allwood. The track is “Bang Bang”, a re-vibe of the original by Nancy Sinatra, showing Miss King’s urban take on a classic song, which also features hip hop artist Stallz. We have a glimpse of the video’s preview edit (not the final release!) just to give enough of a tease for the BIRDS.VS.MONKEYS musical project being released later this summer. I guess the question remains now: What is BIRDS.VS.MONKEYS?…Watch the video in immerse yourself in the vibe. 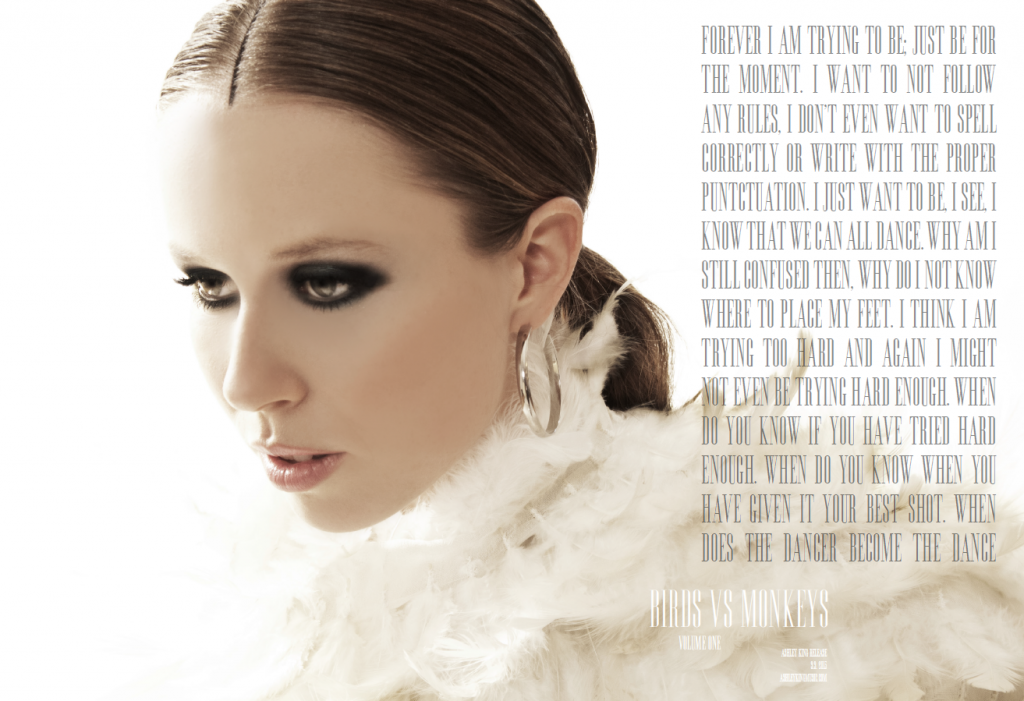