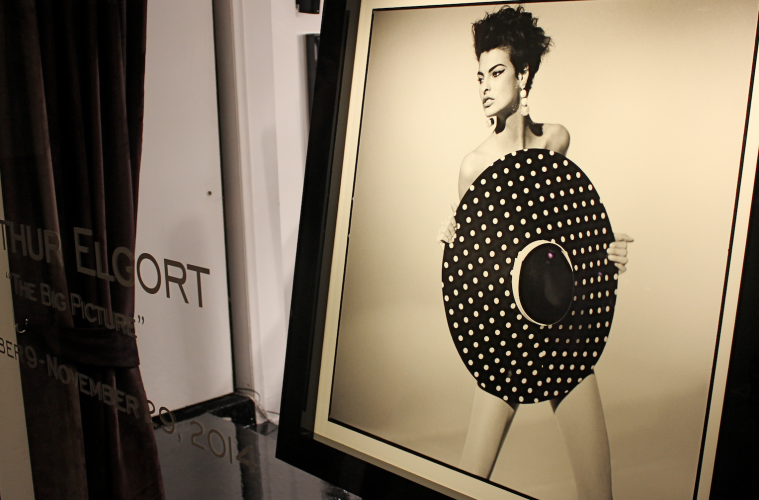 It really is quite refreshing to be brought back to a time where there was no photoshop, massive digital camera equipment, overly-styled shoots or (gasp) Instagram filters. Flash back to a time where deep creativity was necessary in a photographer; enabling him/her to push the boundaries of creativity. In the early 70’s,  Arthur Elgort captured iconic images with some of the (now) biggest models in the world. Models such as Kate Moss, Linda Evangelista and Christy Turlington who were, at the time, also all starting their careers. Elgort’s work has graced the pages of such publications as Vogue and Vanity Fair – and he has been influencing the fashion and photography world ever since.

On Thursday October 9th, we had the pleasure of meeting Arthur Elgort during the opening of his very first Canadian Exhibition at the incredible Izzy Gallery, Toronto.  The room was a-buz with patrons of the Arts and admirers of his work. Izzy Gallery owner and namesake Izzy Sulejmani, beautifully curated a formidable selection of 22 black and white still life portraits – including the famous shot of Kate Moss with elephant for British Vogue in 1993, Christy Turlington at La Coupole in Paris in 1988 and Karlie Kloss for Paris Vogue in 2009.

We had a chance to sit with the famed photographer to talk a little more about his perception of beauty; his creative legacy and family as well as his secret love(s): ballet and jazz. 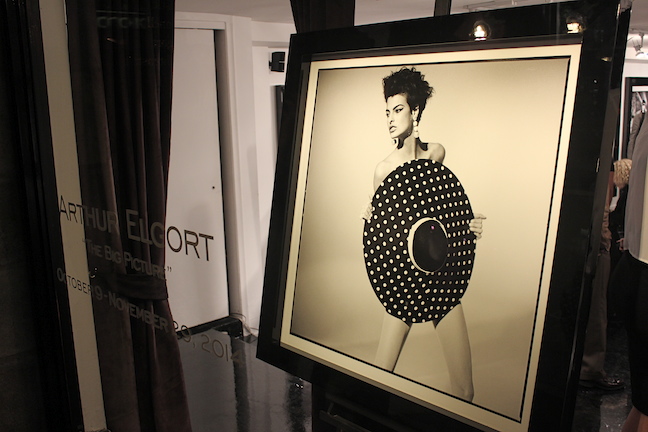 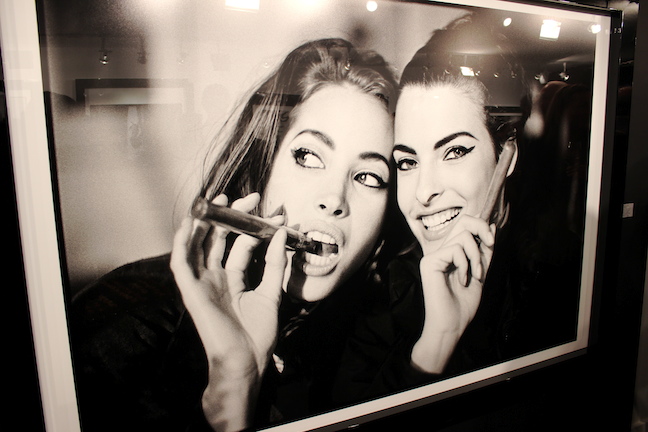 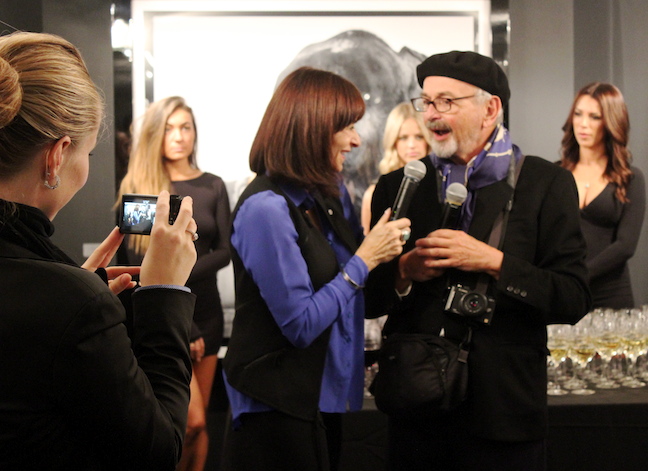 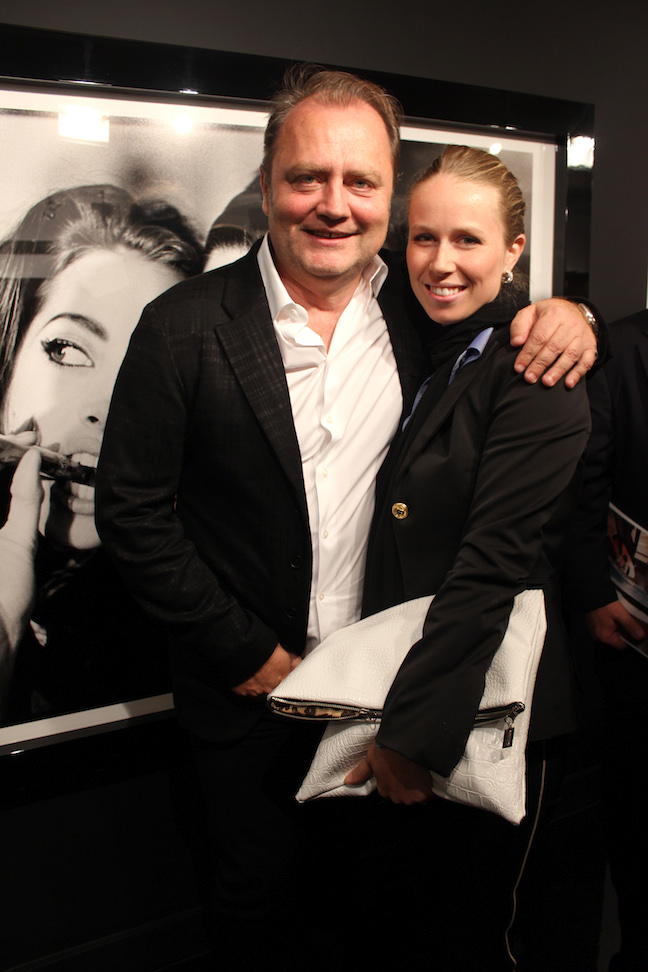 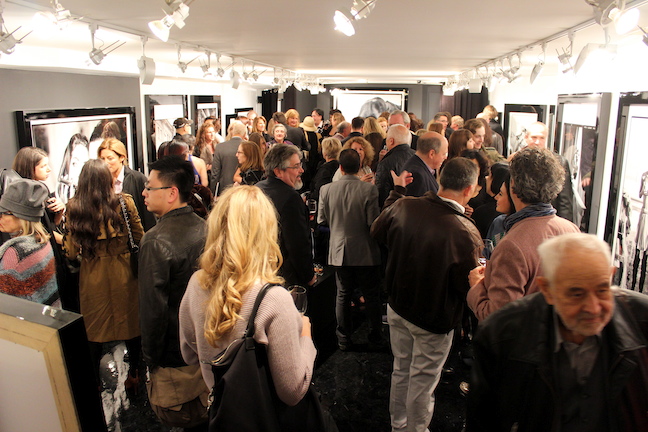 KA – We loved your comments about Kate Moss and your personal definition of a “Great Model” – one who is, simply put – relaxed. What specific quality do you believe (above being “relaxed”) iconic super models like Kate, Christie and Linda all possess?

AE – They are all really tall, great body, and a beautiful face. It sounds simple, but this sort of mix is hard to find – even in a world filled with beautiful women – is it rare to get the “perfect” supermodel fit – and being relaxed and present is one of the most important qualities I look for in a model.

KA – Who do you find right right now, is a future Super Model.

AE – Without a doubt I believe Karlie Kloss is a true Super Model. Although the Industry doesn’t use this term so much anymore, Karlie is a good one.

The camera loves her. Another girl I really enjoyed shooting recently is Stella Maxwell, you really need to check her out. She is a special girl and I like her a lot.

KA – We love that image of Linda Evangelista holding the hat – this one is placed in the window of Izzy Gallery now during your exhibition. We heard that this shoot for French Vogue was scheduled the day after your son (Warren) was born – we need to hear this story.

AE – Yes, Warren was actually born the night before the shoot – thank goodness, I was able to see him for a few hours. Then I got a few hours of sleep, barely – and went to my studio for the shoot. The booking was originally made for just Christy, but Linda came along to help out as she heard my son was just born. So this was great, I put them together and did some great cigar shots and then told them “Girls, we need to finish in two hours so I can see my son”. So Linda and Christy rushed into their clothes: as we did the shoot so fast! This is when that image of Linda was captured. It wasn’t planned at all and I believe it is a great shot.

KA – What a beautiful twist of fate. Christy Turlington was there during your son Warren’s birth – and now he is working with her on a short film.You must be super proud of your children .

AE – I am. There are very good at what they do. In fact, we are shooting my oldest son Ansel (Elgort) next week for the cover of Town and Country. And his brother Warren will be there to film the photo shoot. And at some point my daughter Sophie will take images as well. I like to involve them as much as possible. They really know what they are doing. It’s funny. My son Ansel is so famous now, but I just think of him as “Ansel” – we do have a running joke about this.

AE – It is so easy. Everything is natural. I mean, I’ve been photographing my kids since they are born, so we have such an open energy together. Especially now he (Ansel) is so busy, its rare that I get to spend time with him. So I am looking forward to the shoot so we can have some alone time.

KA – We love how your images all showcase the models having fun on set. The photography always makes us feel good. What do you do on set that just makes the vibe right.

AE – We do play lots of music. Especially indoors. And sometimes its really loud. I usually ask what they want to listen to, as I have a really large collection of music (all on Cd’s) – so whatever makes them feel comfortable – I’m in. For instance some models like Chopin, but most like Rock & Roll….I am more of a Jazz / Base / Swing Music kind of man.

KA – You have a love for Ballet, what is it about the dance that inspires you.

AE – I love Ballet. It is a passion of mine. I started doing photography by simply taking images of ballerinas. I would have continued doing only this if there was money in this sort of field. But then I also fell in love with fashion – as the two are very similar. I have an extensive collection of Ballet photographs which I will be sharing in my upcoming book. This one will come out in about 2 years or so.  You know, I am always on the look out for a good ballerina / model. But it is hard to find as a good ballerina is not very tall – more average height, and a good model is tall. So I get excited when I find a good mix. This one girl I love very much, her name is Lisa Love. What a great name too.  The next book after this I plan to release my collection of old Jazz musician images. I did tell you how much I love Jazz? In fact I really look forward to this book.

KA – If you were to shoot anybody in a any location. What would it be.

AE – You know, interestingly enough I really love to shoot people who are not “stars” –  I find you get amazing stories this way. In fact at the Izzy Gallery event, there was a young waitress and she was incredibly beautiful. I feel she could be a great model. Yes – I would photograph her in a heartbeat – and where? well, I love my studio – and now that the weather is getting cold again – I think I prefer to be warm! 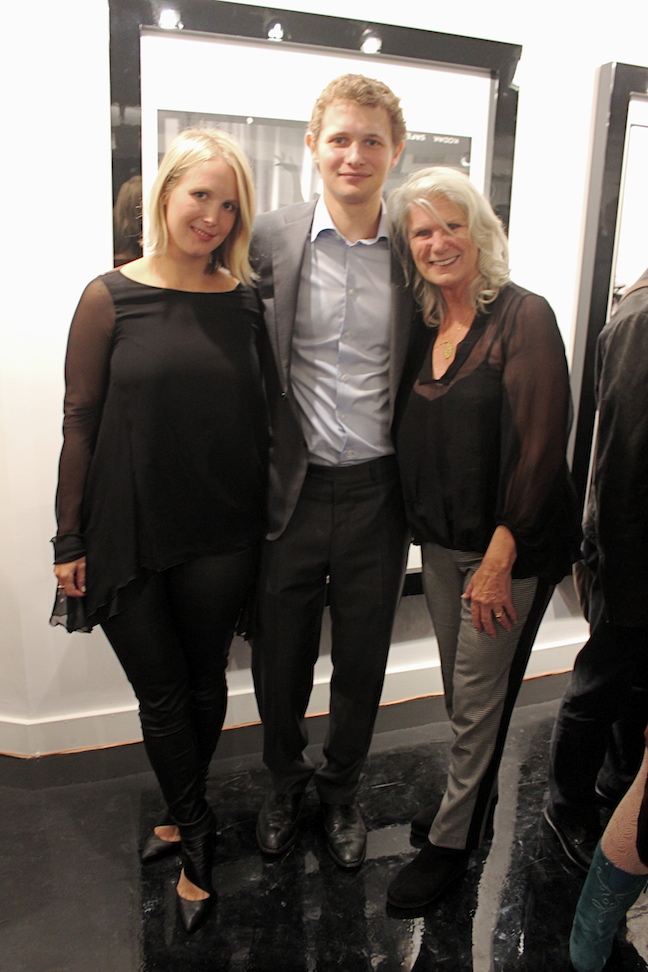 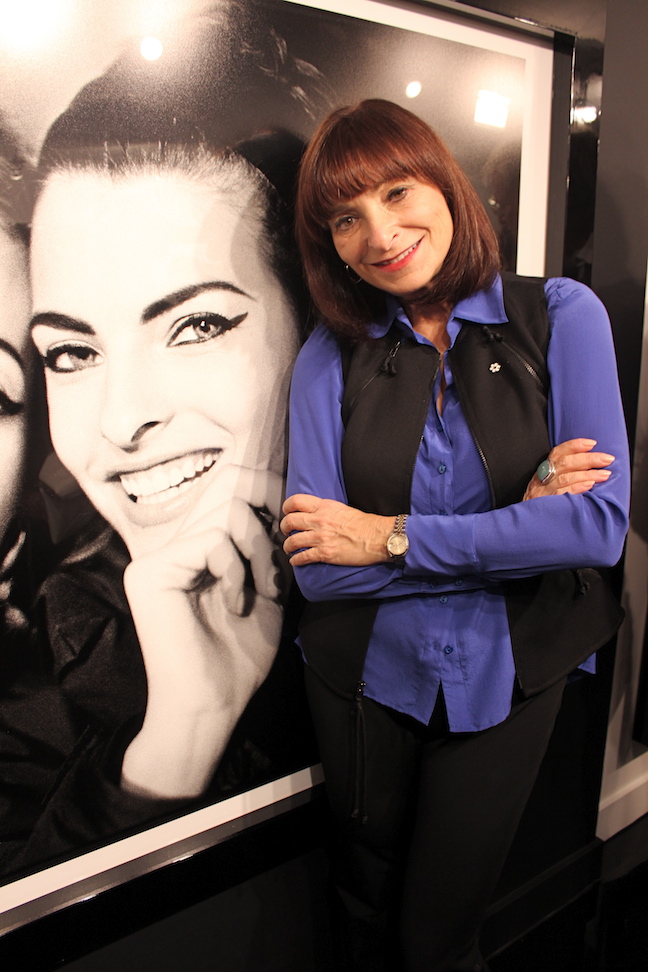 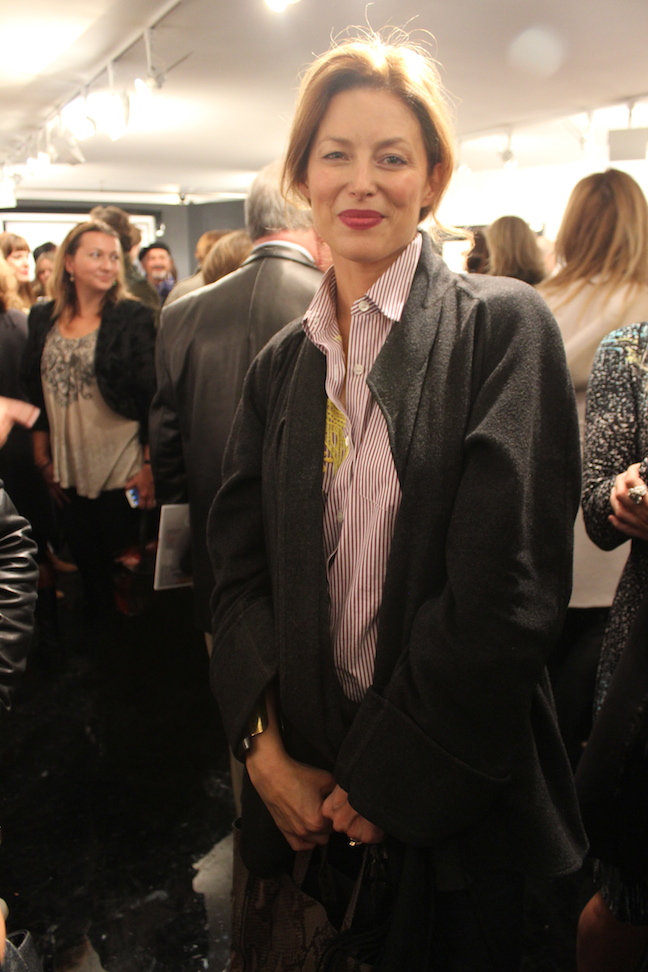 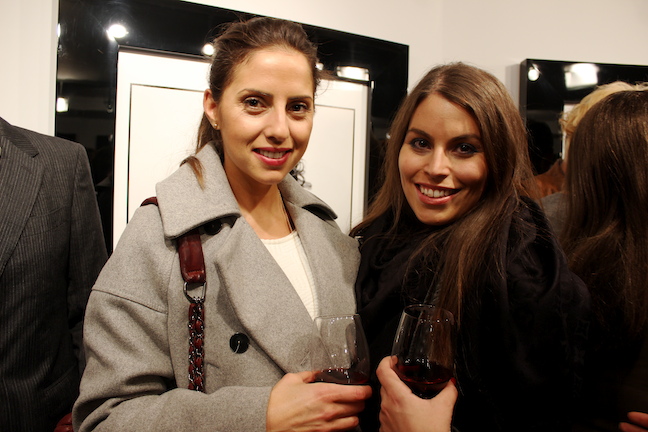 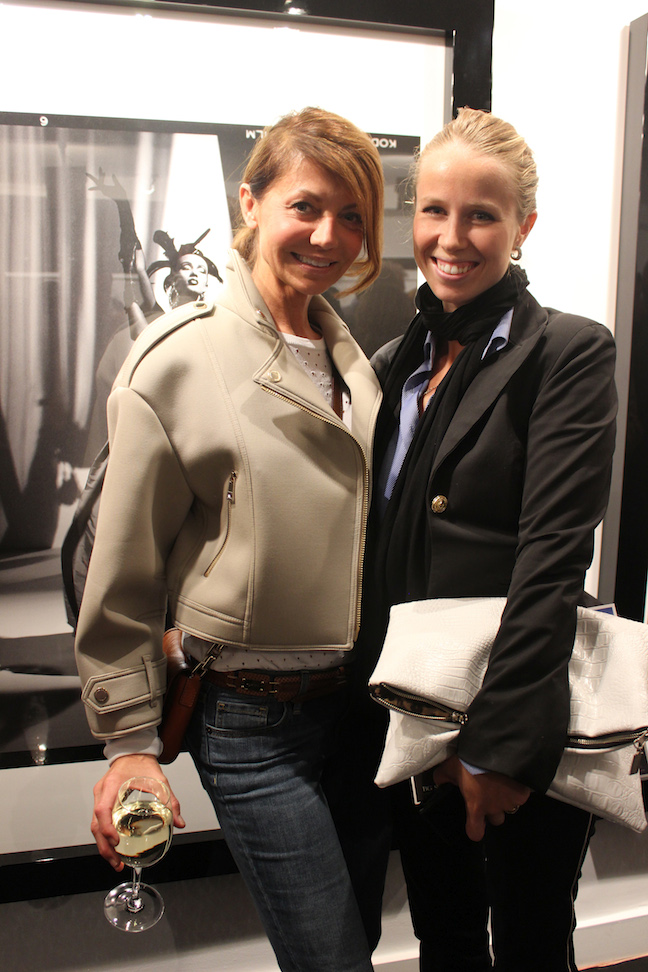 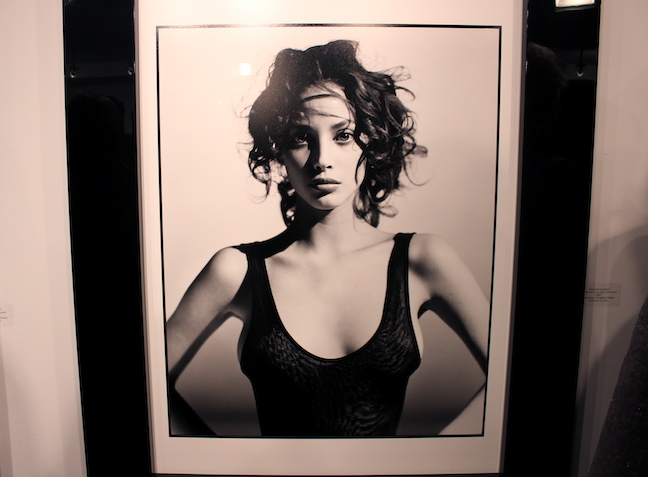