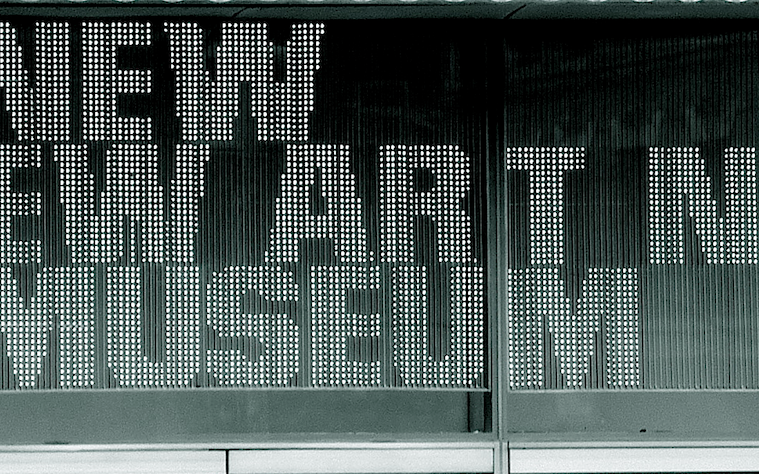 The New Museum of Contemporary Art, designed by Tokyo-based architects Kazuyo Sejima and Ryue Nishizawa/SANAA, is a seven-story, eight-level structure located at 235 Bowery between Stanton and Rivington Streets, at the origin of Prince Street in New York City. In the thick of rather modest to moderate and sizing buildings of fluctuating varieties and purposes, the New Museum ascends 175 feet above street level. Onlookers are provoked with an almost climactic mountain of seven rectangular boxes along Bowery.

The New Museum building is an architectural contribution to the already insatiable New York urban landscape, and was intended as a hub for contemporary art, and an incubator for innovative and imaginative intentions. The commission to build was received in 2002, and the architects have defined their creation as a sharp response to the history and compelling personalities of both the New Museum and its illustrious past. “We were a bit shocked, but we were also impressed that a fine art museum wanted to be there. In the end, the Bowery and the New Museum have a lot in common. Both have a history of being very accepting, open, embracing of every idiosyncrasy in an unprejudiced manner. When we learned about the history of the New Museum we were flabbergasted by its attitude, which is very political, very focused on new ideas, fearless. The New Museum is a combination of elegant and urban. We were determined to make a building that felt like that.”

This stimulating and provocative structure developed precisely from their prescribed and meticulous solution to the paramount obstacles from the preexisting site. What stands now is an exquisite facade situated in a coherent, anodized expanded aluminum mesh selected by the architects. They wanted to accentuate the sheer volume of the boxes, while creating a luminous exterior that looks dainty and refined, yet unyielding in it’s appearance. With discerning windows hiding behind a gleaming surface, the structure resembles a tenacious marriage of creativity and idyllic inspirations. By the changing light of the day the building almost appears animated, perhaps a sublime optical illusion, and metaphor for the peeled back, and raw space of the New Museum that is a piece of contemporary art in it’s own right. 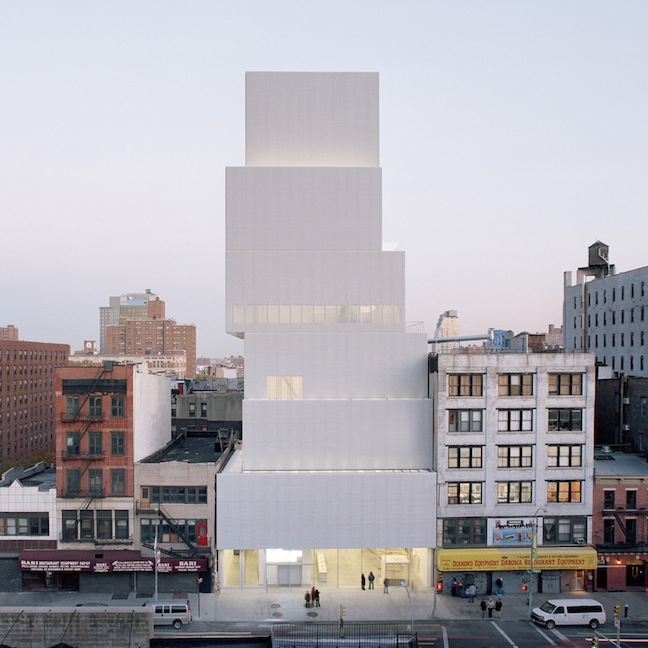 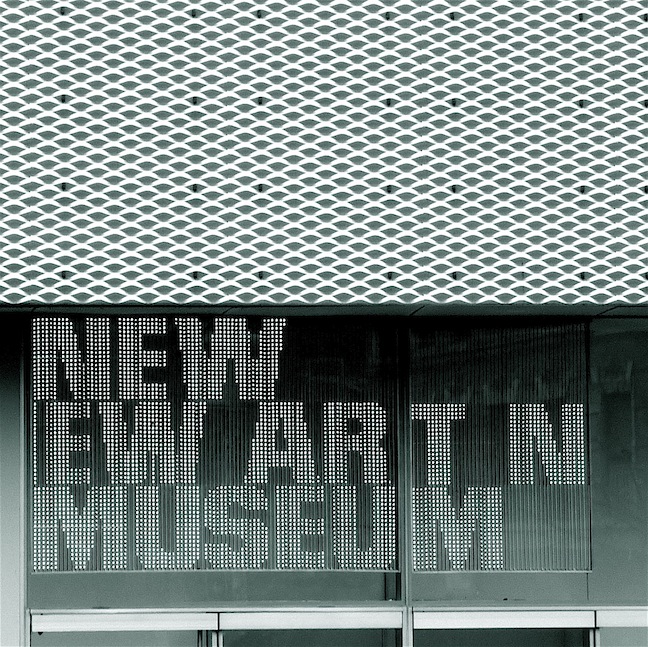 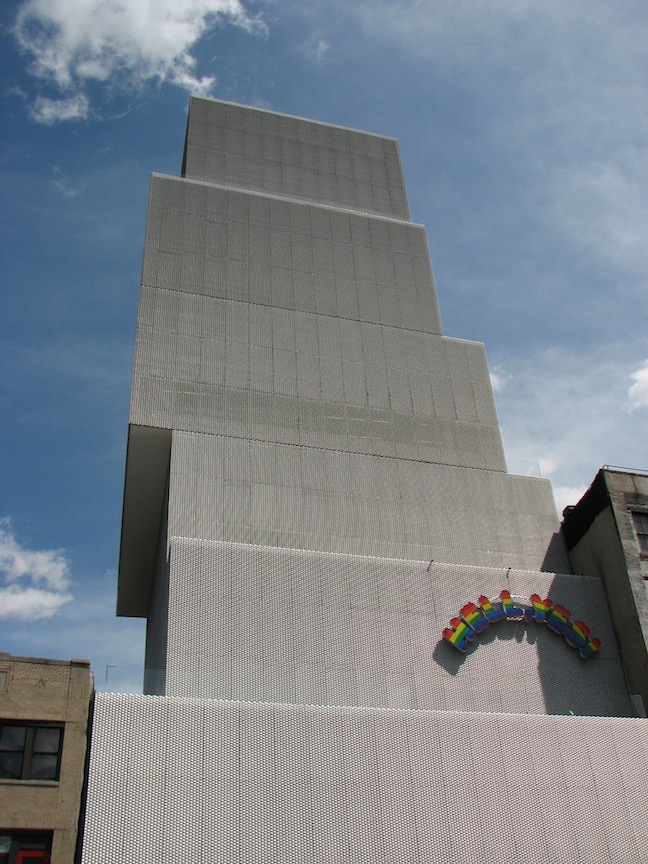 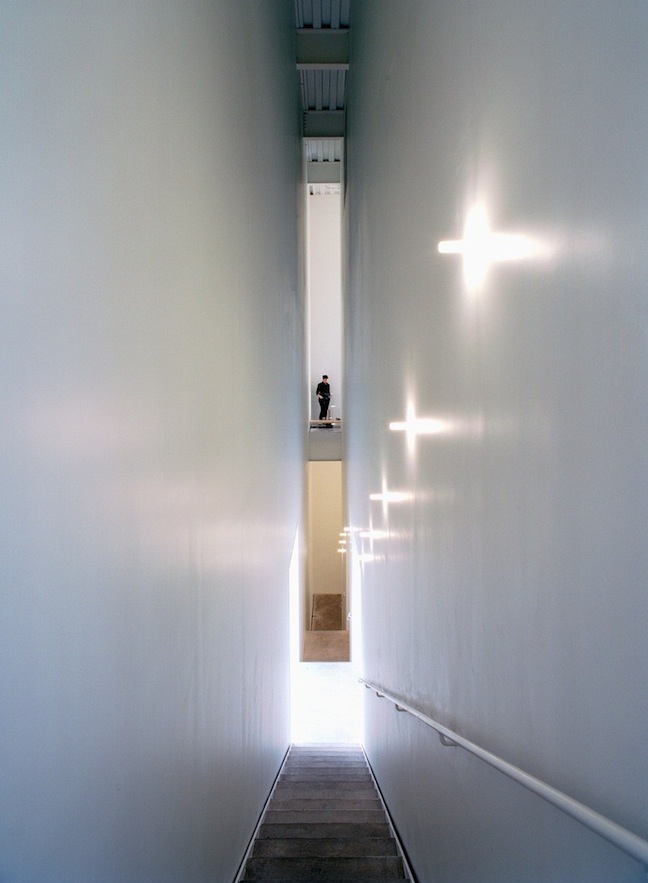 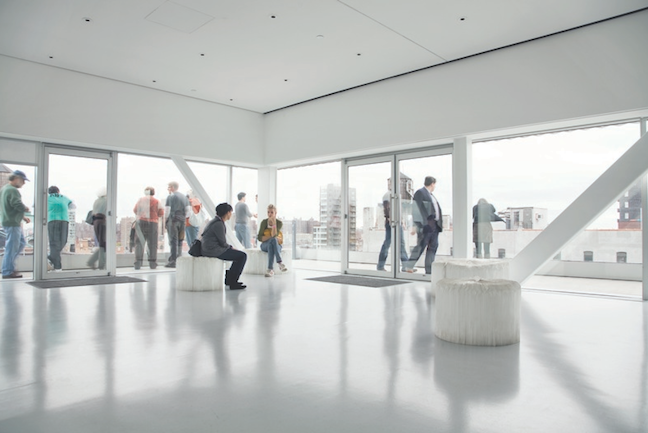