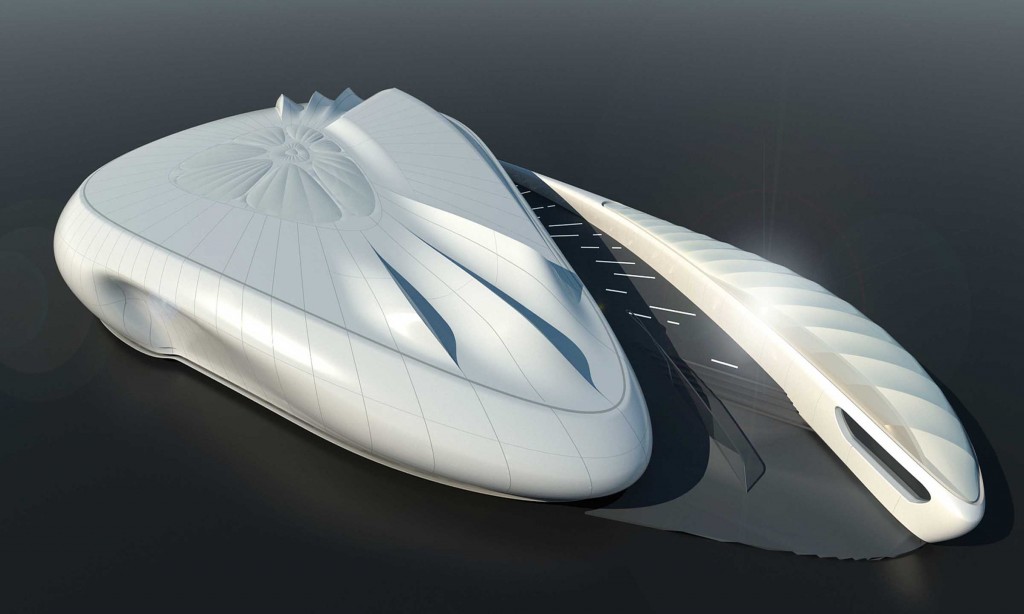 When I first saw this rendering of the Chanel Mobile Art Pavilion, my first thought was simply “This looks like the future” and to be honest, I was so taken by the sight of such a beautiful structure, that I didn’t care much for what it was.

It was a sort of a surprise that this structure was an art Pavilion when I was sure it was an instillation in and of itself. The pavilion was commissioned by Chanel’s Karl Lagerfeld, as a traveling 7,500 square foot stage showcasing the art of 20 of this world’s most famous contemporary artists, including Daniel Buren, Sylvie Fleury, and Yoko Ono.

Conceived by Karl Lagerfeld with Zaha Hadid, the Chanel Mobile Pavilion is art meets luxury. The artists chosen were to create works of art inspired by Chanel’s 2.5 quilted handbag.

The exhibit was slated to travel from Hong Kong to Tokyo then to New York with a final show in Paris, but after the New York show, the project has been halted.

Plans are to put the Pavilion in the courtyard of a new factory being built outside of Paris, where it would be used for temporary exhibits.

“I always thought the building was a sculpture. I prefer it empty.” Karl Lagerfeld 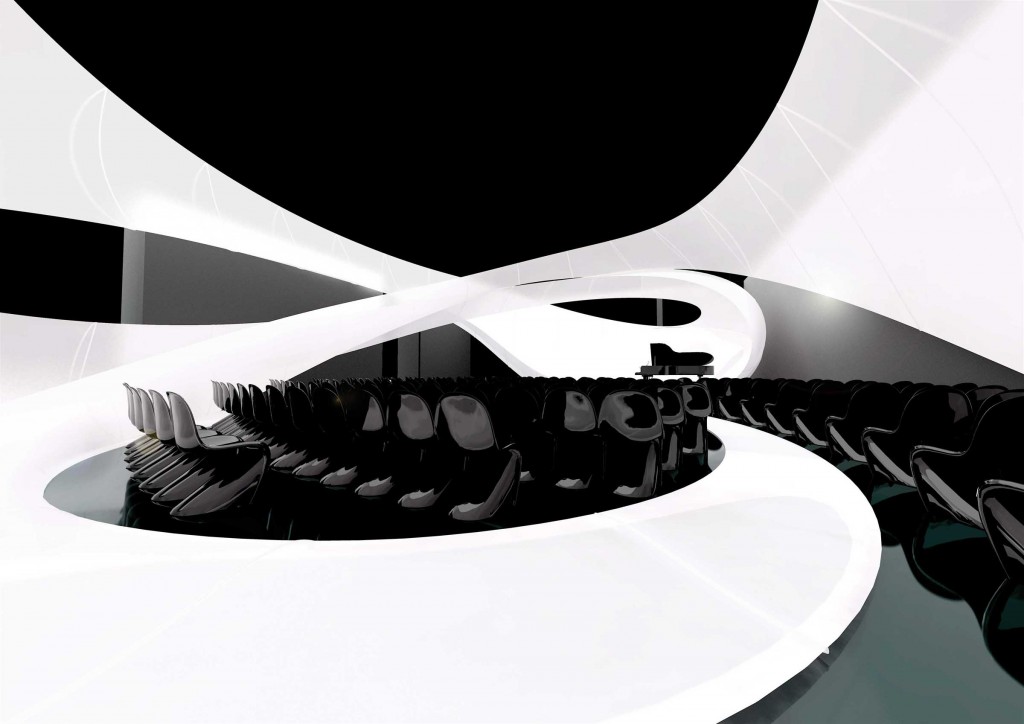 The “What is it?” question came to mind when we first saw the renderings of the Manchester (Opera House) and not unlike the Chanel Mobile Art Pavilion, we really were not that burdened with needing to know what the structure was. Suffice to say, it was a thing of beauty, something that made the mind wonder and made the artist in all of us dream.

The Manchester Opera House is created with an internal steel frame, suspended from the ceiling and then covered in translucent fabric stretched tightly over the exterior. Acoustic panels are suspended above the stage to disperse the sound. The hall is installed inside the Manchester Art Gallery in a 17m by 25m room. The space is in the form of a ribbon which wraps itself around the 192 lucky souls who get to sit through a performance.

“A single continuous ribbon of fabric swirls around itself, creating layered spaces to cocoon the performers and audience within an intimate fluid space.” Zaha Hadid 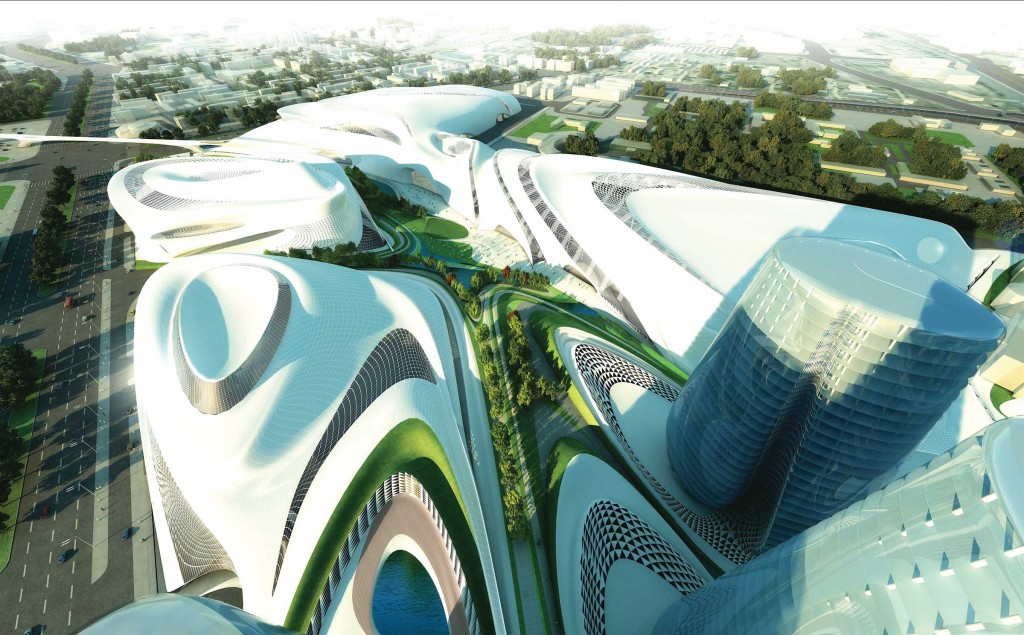 With one masterstroke, Cairo has moved ahead of the pack with the Cairo Expo City conference centre and hotel. Architects Zaha Hadid with partner Patrick Schumacher, are the masterminds behind what could arguably be the worlds most beautiful “Palais des Congres”.

Located between the centre of Cairo and the city’s airport, the 45,000 sq meter project will house an international exhibition and conference centre with a business hotel.

The beauty of the Cairo Expo City will definitely be a draw in and of itself.

“ We wanted to ensure that all the public spaces and formal composition of Cairo Expo City relate to the surrounding Egyptian landscape. Along the great rivers of the region, most particularly the Nile, there is a powerful dynamic – a constant flow between the water and the land –  which extends to incorporate the neighboring buildings and landscapes. For the Cairo Expo City design, we worked to capture the seamlessness and fluidity in an urban architectural context.” Zaha Hadid 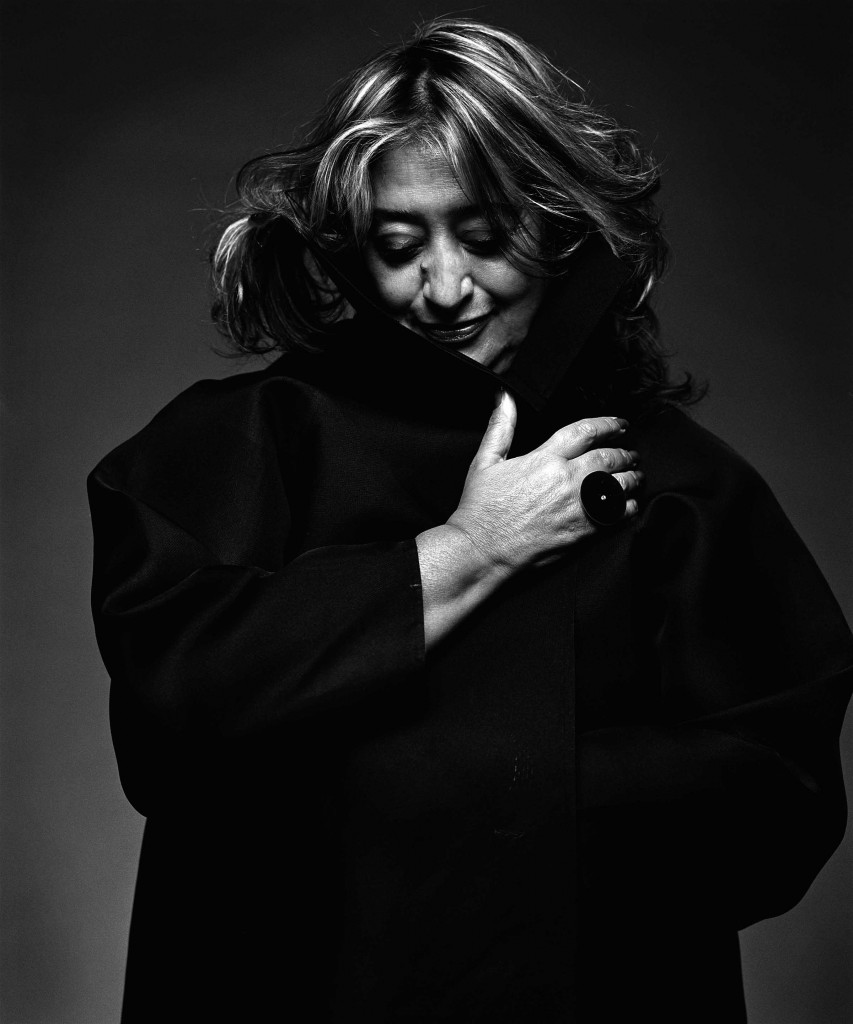 ZAHA HADID
“I think through our architecture, we can give people a glimpse of another world, and enthuse them, make them excited about ideas. Our archicture is intuitive, radical, international and dynamic. We are concerned with constructing buildings that evoke original experiences, a kind of strangeness and newness that is comparable to the experience of going to a new country.“ Zaha Hadid

ZAHA HADID IN 2004 BECAME THE FIRST WOMAN TO BE AWARDED THE PRITZKER PRIZE FOR ARCHITECTURE.