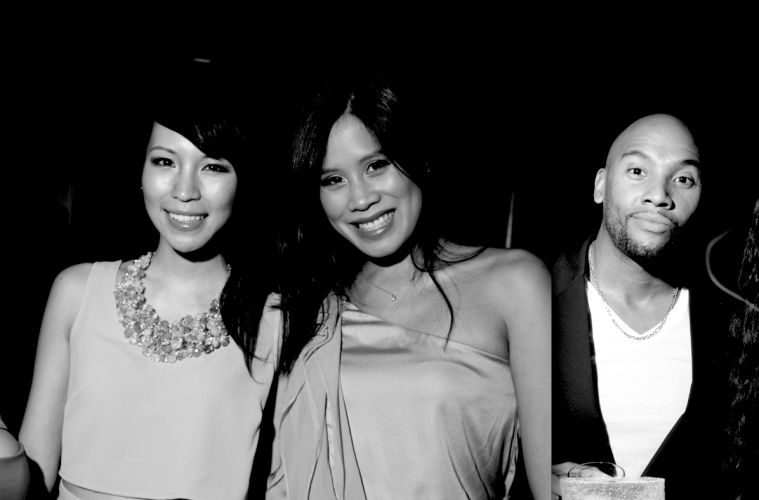 Over 400 people were in attendance for the party in the Old City, enjoying music, fun and glam. The guest list included people from Toronto, Boston, Vancouver, and New York, all present to enjoy the KA vibes. Among the A-list crowd were the likes of Olympic freestyle skier, Alexandre Bilodeau accompanied by his beautiful fiancee Sabrina, Charles Biddle Jr., Lolita Dandoy, of Fashion is Everywhere, as well as interior designer Antoine Van Doorne, and Corinne Asseraf (Galerie 203) to name a few.

The evening entertainment was cool, smooth and sexy, with Kevin Allwood on the turntables earlier in the night, to get the mood just right. Ashley King’s performance started at midnight – a perfect half hour set, with Buddhafish producer, creating beats on stage LIVE, of new never performed songs from King’s upcoming Album. Tracks like “Takeover” and “Revolution” were so powerful in both message and delivery. The show was electrifying and the guests were completely hypnotized by the songs. Miss King introduced her upcoming Album “Birds.VS.Monkeys”, which had guests asking all night about where they can buy her music. King’s style is a mix of hip hop meets trip hop, meets house and acid jazz – the vibe was officially set when she hit the stage and left us wanting more of her new sound.

DJ jojoflores came on until the early hours of the morning and had people on their feet all night long.

If that isn’t enough, just as it seemed guests couldn’t be smiling anymore; they were given surprise gifts of Sweetbox Luxury candies. A perfect end to a great night.

THE BEAUTY CONTINUES…LADIES AT THE KA PARTY