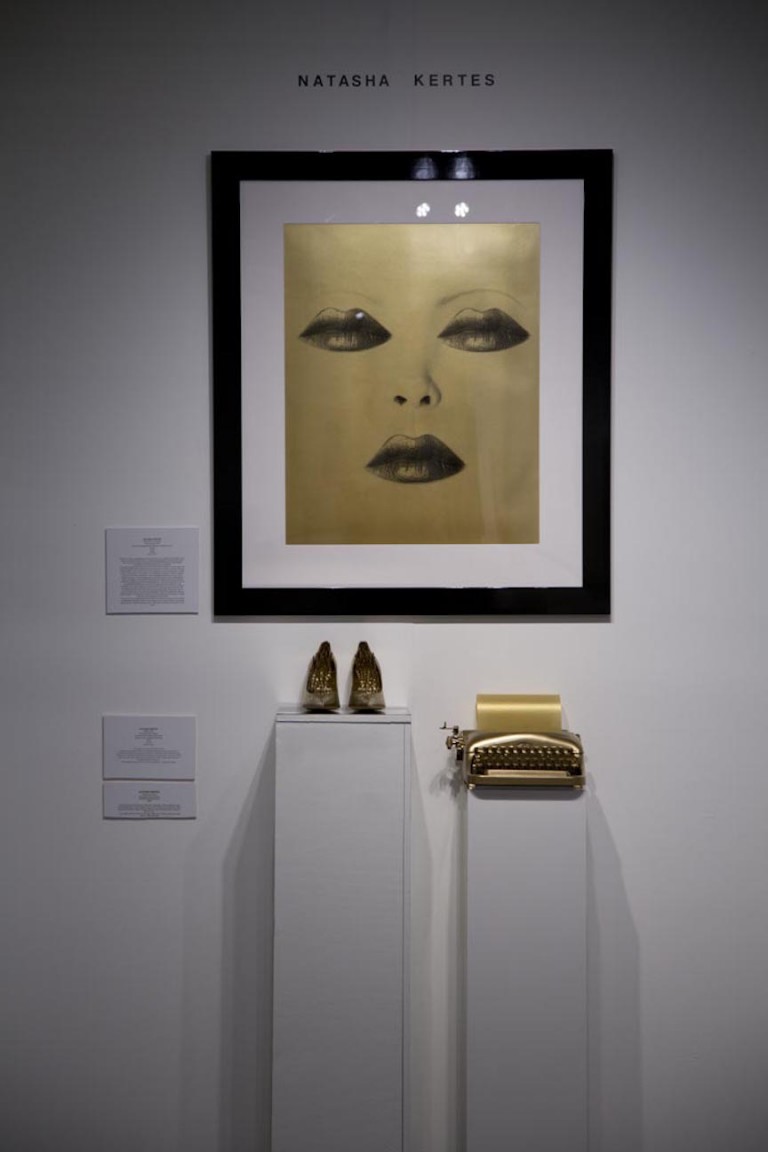 Natasha Kertes, a longtime artist collaborator and photographer with KA MAGAZINE, recently showcased some of her work at ART SAN DIEGO 2015- Balboa park Activity Center from November 5th to 8th. Natasha Kertes is always stretching her boundaries and limitations (what limitations?) on her creative visual expression…always exploring and asking questions. She is a being of light and sees the world through a lense of beauty, sensuality and femininity. In this capsule exhibition, she showed three pieces within a GOLD theme: 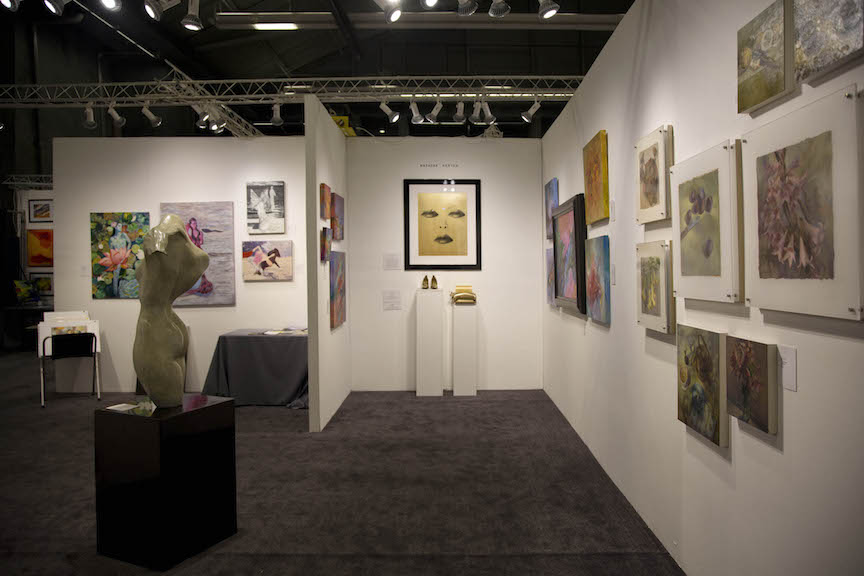 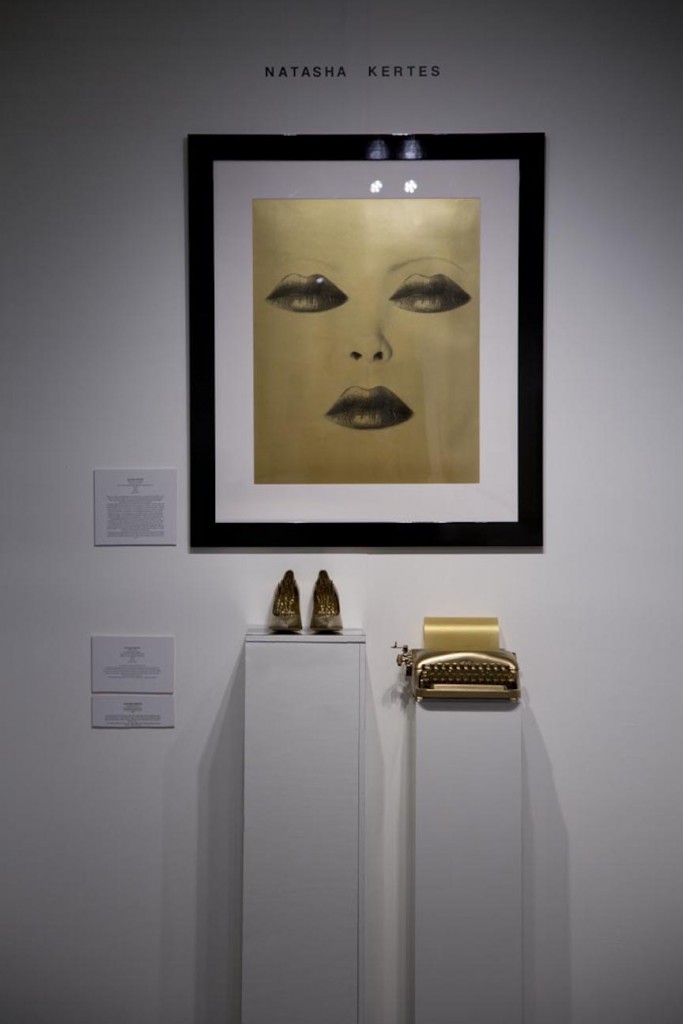 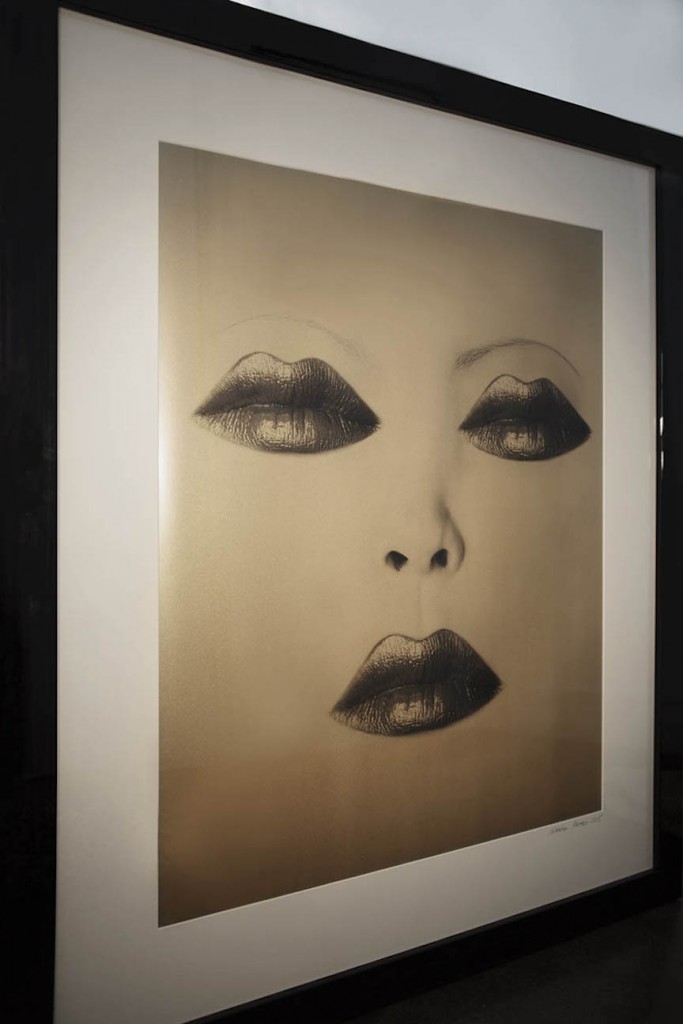 Evocation of the iconography of terrestrial world map, irrigated by lotus flowers lips that are transformed into esoteric, cultural and geographical journey, where lotus lips represent an image of coming into being, of the “flowering” of possibility enveloped within the germinal state of triskelion.
As symbol of immortality, flowers are none other than “the plant’s sexual organs, the means through which it reproduces and perpetuates its species”.  Flowers’s beauty assigned them to the realm of dreams and imagination: the symbolism that connects them to a human kind.  According to the mythology of pygmies in Malacca, human beings were first born of flowers.  Archaic Egyptian sun gods were born of blue water lily flowers.  In ancient Egypt, the rose was the flower of Isis, the goddess of fertility.  Protagonist of Apuleius’s The Golden Ass recovered his human form by eating roses plucked from a crown dedicated to Isis.  The rose was sacred for Venus and Aphrodite, goddesses of love in the Roman and Greek pantheons.   Red anemones were born of the blood of Adonis, Aphrodite’s lover, who was punished by Hephaestus, while violets spring from the wounds of the frigid Attis, who was overwhelmed with remorse for having betrayed the goddess Cybele and chose to castrate himself. In the world of Norse mythology, flowers were blooming wherever Balder walked.  The white lily was born of a drop of milk that fell from Juno’s nipple while she was nursing the baby Hercules.
In my Lips series, the gold lotus lips are the flower petals as cardinal points of Earth map expanded upon the surface of the waters, as if the whole world is a cloverleaf, the escutcheon of hypothesis that earth is still a flower floating on the waters of the ocean.

NATASHA KERTES
Typewriter in Gold.
Clean paper with no text on.
SILENCE IS GOLDEN. 2015 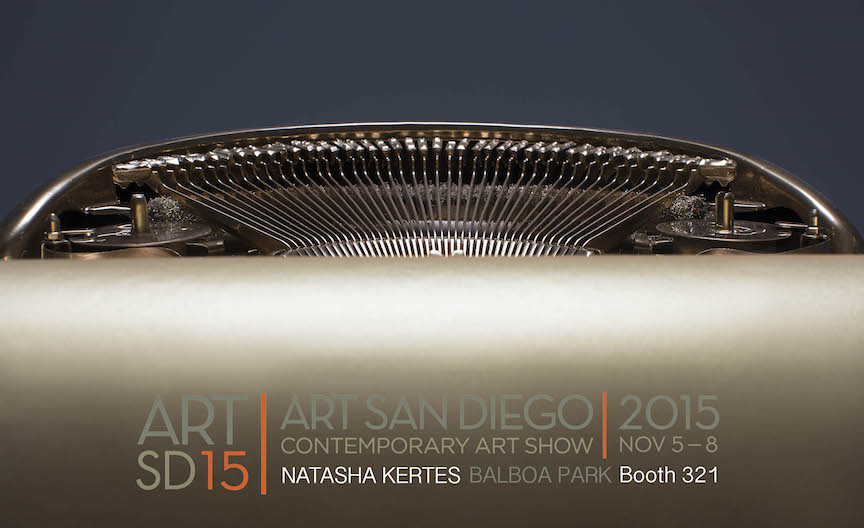 The greatest Art of conversation is Silence, it nourishes wisdom, uplifts you like great Gospel music.  Everything that I have ever created came from silence, while being enveloped by stillness.  If grass, flowers, trees and forests grow in silence, I grow in it too.
“The talkative parrot is shut up in a cage.  Other birds, without speech, fly freely about”, – Saskya Pandita. 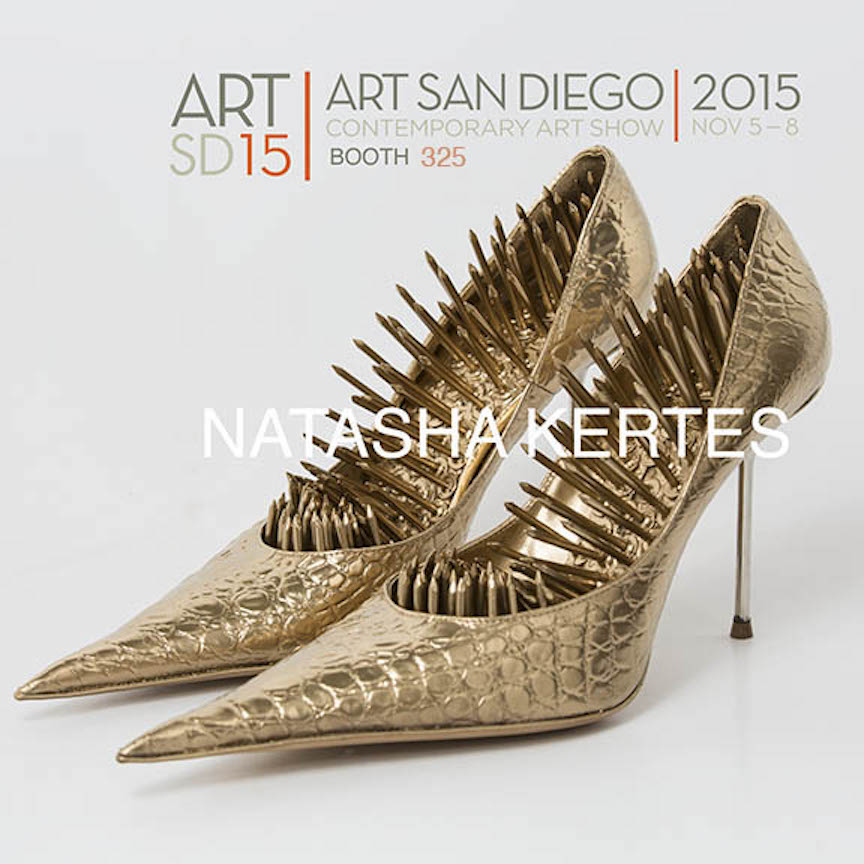 “The higher the heels, the closer to God”.
In Roman mythology, Poena is the spirit of punishment and the attendant of punishment to Nemesis, the goddess of divine retribution. Gold and surreal, “flesh architecture” exquisitely unleashes the boundless energy of youth, sufferings for the sake of beauty, where three-dimensional density expresses the iconic power of feminine postmodern totem.
“It is always by way of pain one arrives at pleasure”. – Marquis de Sade.