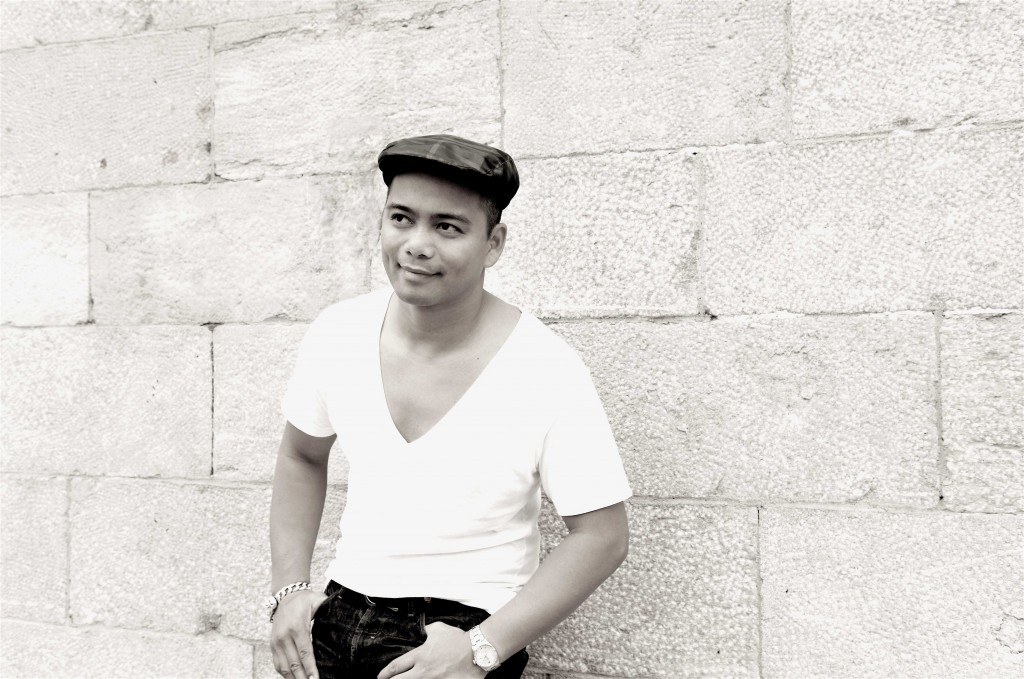 In fashion, there is a saying that just because you are able to put a print on a bought American Apparel T-shirt, does not make you a designer. The same can be said in the world of DJs, where with the advent of the “DJ stars” gimmick, has taken over from clear raw talent.

Jojo Flores is the real deal, this DJ’s been spinning now for over 25 years. He is what makes you want to go out again and again…and again — and brings to mind the song by Fat Boy Slim “If this don’t make your booty move, your booty must be dead.”

Adding to a long list of accomplishments, Jojo has just recently been added as resident Dj at New York’s famed club, Cielo. He also spins at club Pink (San Fransisco, Chicago, Miami) and at Deep, in LA. There isn’t a party place left on this planet this man hasn’t rocked. He was voted “Best International DJ” four years running {2002-2005} by NYC’s Underground Archives. As if playing the music wasn’t enough, this maverick is adding music production to the list with Gotsoul Records — mixing Kinkysweet’s Afterdark Montreal CD.  Jojo’s Therapy Nights have been a Montreal hit for more years running now than any other. Jojo has also added the most challenging and rewarding of roles to his roster of accomplishments; that of a proud father to a beautiful son and step-daughter. KA Magazine voted Jojo Flores as the best DJ in Montreal.

KA — How do you do it to travel, live out of suitcases and perform top shape at the end of touch down…only to repack and do it again in another city?

JF — Sometimes I ask myself the same question!?  I just tell myself to “do it”.  I am here or there to perform for a crowd and my responsibility to give them what they came for is predominant in me.  I have an immense sense of gratitude and obligation to “rock the house” for individuals that come out to support me.  I also realise the need for some people to escape through music, to help them leave their problems behind, albeit for a brief time.  Music is therapy and I enjoy delivering it to the best of my ability.  I absolutely hate letting people down in this way, so I have disciplined myself to be in top shape and I physically do this by taking lots of naps, exercising (hockey 2-3 times a week), and trying my hardest to maintain a healthy diet. Mentally, I am a kid all over again.  I LOVE playing to/for a crowd, it is really second nature to me.  It is the best feeling in the world, I have no difficulties whatsoever even if I am extremely drained physically. I am drug free, alcohol free, now caffeine free and my Ayurvedic treatments help keep me grounded. Now, if I could just stay away from desserts!

KA — What city did you have the best time playing in and what about that city did it for you?

JF — Definitely Athens… always a great party. The history of this place is insane, the food is delicious, the Acropolis, the beautiful islands (Santorini is magical), and the people.  Mostly the people do it for me. They are so friendly, inviting, hospitable and down to earth… they really appreciate the music. There is a mix of artistic, wealthy, and business people that I have been able to incorporate like no other place.  The music has been able to break down certain class barriers that is very hard to achieve considering Soulful House is not mainstream music.  Most importantly, the majority of cities I play in, I stay in hotels, but not Athens. I have met some truly amazing people whom I now consider close friends, they treat me like family. They offer me their home as if it were my own.  Thank you Tiki and Larry.

KA — Now that Djs are “stars”, do you think this is getting in the way of creating good music for the love of good music?

JF — Yes, I do think the star status has been in the way of creating good music, for at least the last five years. To maintain or elevate their status, Djs have to release music consistently therefore not dedicating enough time for each production. And often times, this process (from start to finish) of producing a track is considerably D.I.Y.  Hence, a lot of music is now more “disposable” than ever before. Due to this phenomenon, it is rare to have a “club anthem”.  For example, the “Whistle Song”, Ultra Nate’s “Free”, “Gypsy Woman”— when these songs came out, all the House Dj’s worldwide were playing them for three to five months. Presently, you would be lucky to produce a hit song and have it played internationally for a month or two. There’s so much music coming out every week, even I have a hard time keeping up.

KA — You were doing demo tapes when no one in Montreal was pushing their music that way. You were creating your own signature club night experience when Djs were at the mercy of club owners and promoters. What’s next — where do you see this going?

JF —For starters, I have developers in San Francisco working on a Jojoflores iPhone application due out at the end of summer. I’m also endorsing a niche social networking site for House music. Think Facebook, but for House music lovers.  I see people using these platforms to listen and purchase music and merchandise.  It becomes a place for them to socialise, learn about their favorite artists and be exposed to new artists of the same genre all in an environment that is like minded.  Like a one stop shop.  Also, I consider myself a world traveller, therefore I am always thinking outside of Montreal, Canada. My goal is to take Gotsoul, Therapy & Jojoflores worldwide, by using the aforementioned as well as yesterdays old school (grass roots) marketing – which I still have great faith in, there is nothing like the old school to maintain personal interaction.

KA — What is the single event that has changed you and the way you view life?

JF — My first international gig in Bordeaux, France.  It opened my eyes to so many new opportunities, it was exciting. It was an incredible milestone for me, we (Djs) were not known to travel the globe at that time except for a handful of A-list DJs, it really catapulted me and my mind into another league….From my humble beginnings, travelling has allowed me the experiences to alter my thinking positively and accept that anything is possible.  It keeps me wanting to discover more and yet understand that the more I travel, the more similarities we all have in common on a global level.  Travelling is a great way to observe life, it’s intricacies and to appreciate the simple yet important aspects of it, like my family.

KA — What motivates you, to keep the music going?

JF — My audience, the dancers, and music lovers. I enjoy making people dance, allowing individuals the space and time to express themselves through movement on a particular night. It is very now. The moments are what matter, sometimes a song I play will affect a person deeply, other times it creates a new memory or brings one back. New music also motivates me, when I hear something fresh or receive an unreleased exclusive track, I try to break it – play it 2-3 times in my set so it stands out. I take pride when someone discovers new music from my performance. In this capacity, I like being a tastemaker.  There is also the challenge of converting people who are not into House music; it is motivating since I consider Soulful/Deep House music to be underground, and it is not often easy to break the barrier of the masses listening to contemporary big budget advertising billboard charts.  Luckily, I’m just one of many messengers trying to spread the music.

KA — Beyond music, how do you find inspiration?

JF — I find inspiration through art, film, and other self-made individuals. Art helps inspire my branding, movies inspire my perception of life – soundtracks also do this in a more subtle way. I have great respect for self made individuals that have paved the way for many of us.  Some have succeeded in times and places that were daunting and against all odds.  Their success’ display a tenacity and a drive that is inspiring to me.  They have helped me raise my bar and my expectations of myself and of others.

KA — What is the best advice you have received in your career?

JF — An old wise friend of mine, Terence Toy, a legendary L.A. Dj, was one of the first persons to bring me to L.A. back in the mid-nineties. He told me once to create my brand and stick with it no matter what.  And make sure to always use my logo as often as possible in all the best places. This has served me well endlessy.

KA — Is there somewhere you have not yet played that you would consider a dream deal?

JF — Playing the Precious Hall in Sapporo, Japan.  It boasts the world’s best sound system; I’m a huge fan of the Japanese culture and the combination of my two most favorite things in life, music and art. That would be one of the last bastions for me, definitely a dream deal.

KA — What are three things you would change if you had three wishes in the music world?

1:  I wish artists would have the ability to teleport themselves to their gigs….this would eliminate airport security, jet lag, terrible airline food, just “poof” and you are there …of course for a nominal fee.

2:  I wish that music videos did not have the influence they do on the popularity of an average song.  In other words, if it is a “terrible” song but the video is amazing, it none the less becomes a hit.

3:  I wish I had a double so I can be in two places at the same time….I have often been offered two amazing gigs that land on the same day! Or better yet, send my hologram to another gig simultaneously!!

KA — What is on jojoflores’ playlist?

Bill Whithers – Who Is She (Henrik Schwarz Remix)

Stevie Wonder – Do I Do (jojoflores Therapy Edit)