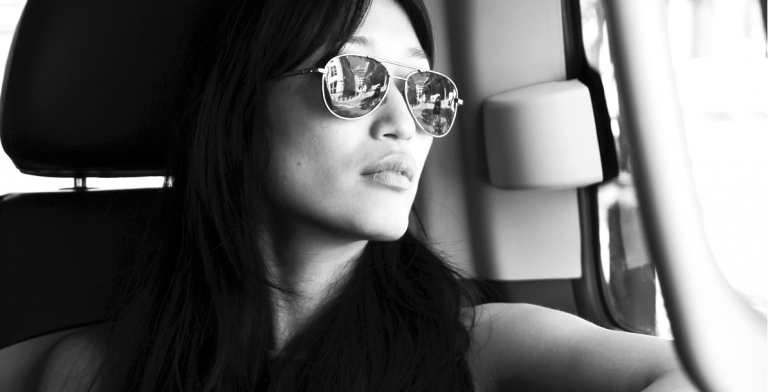 We are constantly asked what KA Magazine is all about, and the answer has always been the same: to find people that are not in the main stream, and are just doing their thing. This might sound simple enough, but in a world that is daily becoming more and more homogeneous,  this is no easy task. Jihae  is definitely doing her thing and it is working. This multi-talented artist is the reason doing KA is so rewarding. Enough said, go out and discover Jihae for yourself, you will not be disappointed. 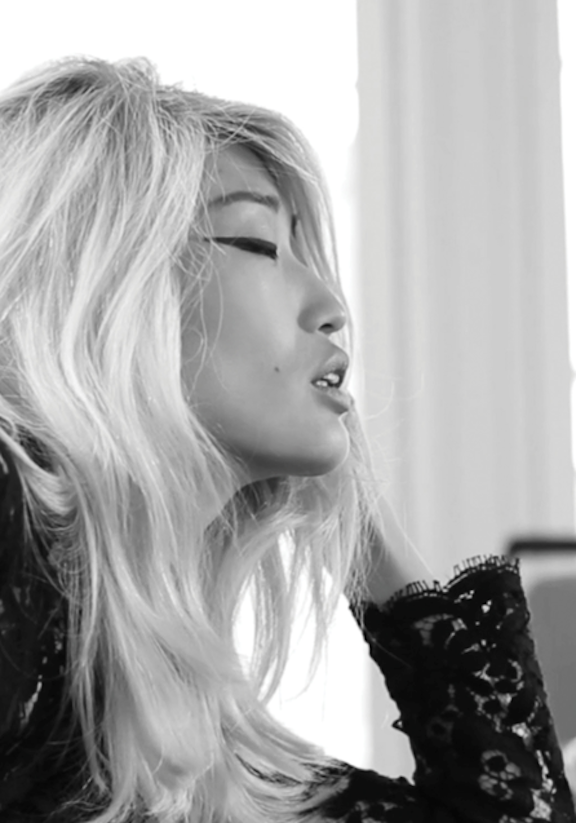 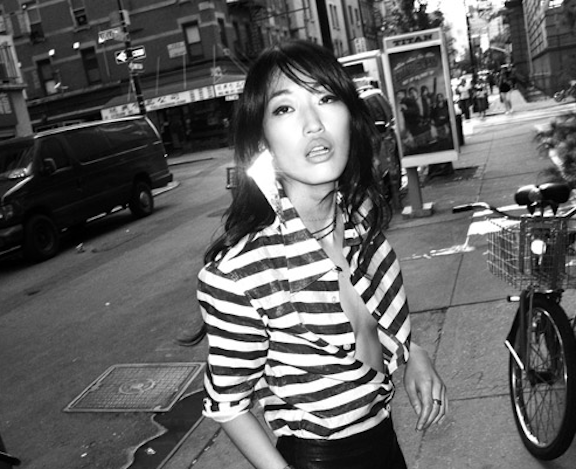 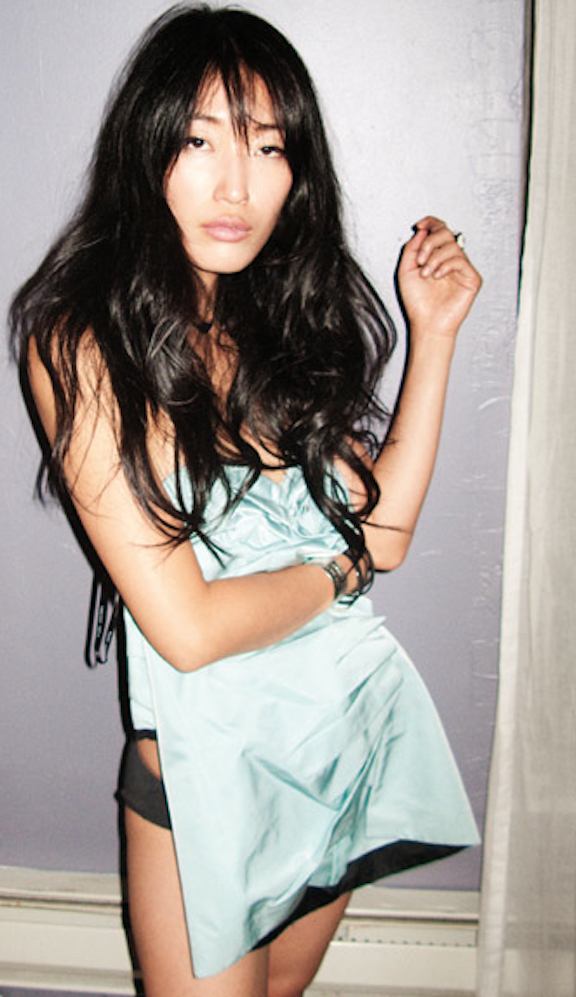 KA- The last time we were in contact with you was after the release of “My Heart is an El- ephant” and “Elvis is Still Alive”… a little bit over a year has passed. What is happening with Jihae now?

JK – Since Elvis days… I fell out of love, and back in love, made scores for commercials and a couple short films, did a few art collaborations, made a new album and a rock opera; Fire Burning Rain. I’m now working on a new album called House of 7 Seas.

KA – You have truly taken the road less traveled and it seems to suit you just fine. Love the video, “The Model”: you seemed to have had a strong creative hand in this production. How was the experience?

JK – Thank you. I think Kraftwerk were innovators in synth music and performance, but I would’ve never thought of covering a song like ‘The Model’. I found it mind boggling that when kids today are asked what they want to be when they grow up, 99% of the time the answer is, “I want to be famous” or” “I want to be on TV”. If you ask, “famous for what?” You’ll most likely get a shoulder shrug. It’s a sad world when the reality stars are the role models for our next generation. This is what inspired me to cover the song and the video.

KA – Speaking of experience, few have gone into the deep end of a pool, much less 500 feet under water. Five hundred feet, now that is extreme, how cool was that?

JK – I have to admit, it was a bit scary and thrilling all at the same time.. The most difficult part of the trip was getting onto the submarine from a boat, in the middle of the ocean, during big waves in the cold. The submersing part felt surprisingly zen and easy. I looked at the captain in disbelief saying “are we really 300 ft down already?”.

KA – How did Jihae connect with North Face?

JK – Rajan Mehta who is the creative director and filmmaker, and Mote Sinabel, the photographer, have been working on this project every year, for the last 5 years. I jumped on board 3 years ago, making musics for each book/dvd project, and they’ve been kind enough to allow me to come to parts of the trips, for inspiration.

KA – I love your evolution. I remember when I first discovered Prince, I had no clue what he would do next and this was so exciting. This is lost in the (main) stream; the excitement of not knowing. Can you give us a sneak peak into your plans for the future?

JK – A new album is in the works with some amazing collaborators. I’m working on a couple of sound art projects and further developing the rock opera. Simon Says Sing for Peace, is a musical peace rally I started; which is at the beginning stages of launch.

KA – Recently I was reading that for the first time virtual music has sold more than physical CD’s. The amount is tiny, but still, there you have it. Downloads have sold more in 2011; for me this was not the big news. The big news is that vinyl has increased in sales by close to 1 million over the previous year. Would you go vinyl?

JK – I love the sound of vinyl. It has such a warmth to it, that you can’t get in any other form of music. I’d love to make my albums come out in vinyl as well. I’ll probably do that with the new one.

KA – The opera makes vinyl space age in comparison; but there is a new breath of fresh air in the “rock opera” and nothing more exciting than an Opera with Jihae in it! How was this experience?

JK – It was one of the most challenging and most rewarding experiences . The ability to take an album and create a story in theater with it, is really an incredible thing to do. What I love about it, is that you can take a piece of art or a song, and create layers of art on top; through dance, theater and multi-media art. The ability to make new forms of expression, based on an existing form, is really fantastic, because you learn new things about it and can take the initial concept to so many places. We had Alex Grey’s paintings turned into motion graphics for the video projection, that fit perfectly with the story line.

KA – So there you are Jihae, working with none other than Academy Award winning playwright/ director, John Patrick Stanley and you are doing this work based on your Album. That must have been such a rush!

JK – It’s a huge honour to be able to collaborate with someone like John, who has done over 30 productions and is probably one of the best writer/directors of our time. I initially went to him for advice, where he laughed and said he thought I needed a therapist. That lunch kicked off our writing session and John and I ended up with a rock opera.

KA – I am sure you knew I was going to ask you this: “Fire Burning Rain”, I love this title; you are like a “Word Smith”. The iron smith might create with metals, but you my dear create with words. What is the meaning of this title?

JK – Fire Burning Rain represents 2 opposing elements that cannot balance each other out. The rain instead of subsiding the fire makes the fire burn even stronger. A bit like the severe imbalance of our current state of affairs. The earth spins out of control before our eyes and will we spin along with it, is the question.

KA – I heard you are in studio, how is this going?

JK – Very well thank you. I feel like I’m at a creative high and can’t wait to get it done, although I’ve just barely begun. I think I’ll race through this one.

KA – Tell me a little bit about The Model and how did you get the lovely Paz de la Huerta to come on board?

JK – Paz and I met through mutual friends and we became yoga buddies. Despite popular belief, she is quite an artist and is game for any creative project, if talented people are involved.