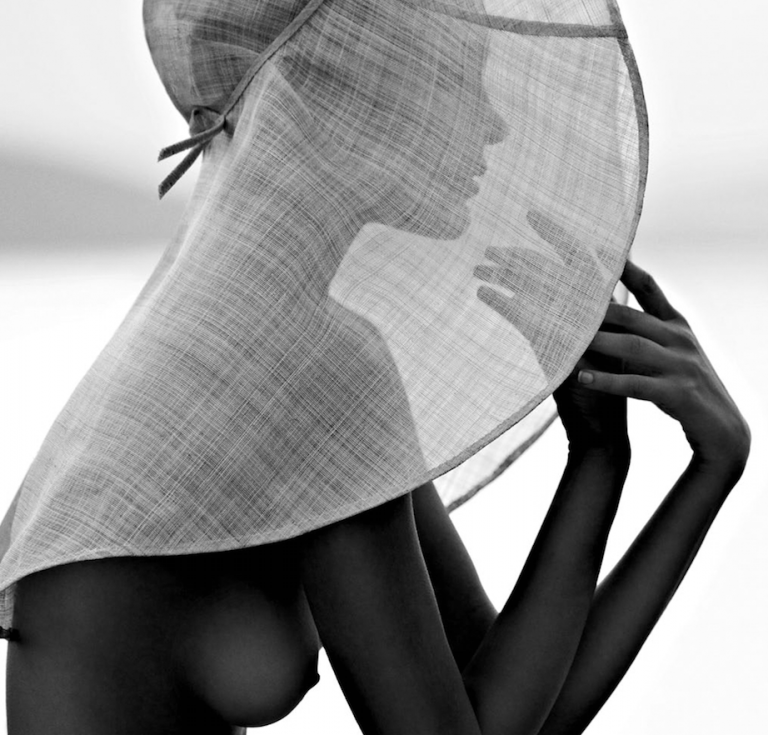 Marco had the first-ever digital picture to be published in American Vogue in 1982. “The image was so pixilated, terrible quality, but I believed in digital – it was published next to a tagline that said ‘Personal Computers, what is that?’ – it is so funny now that I think of it now so many years after.”

Last week we celebrated the work of photography legend Marco Glaviano. A man who was at the forefront of The Supermodel age…a time when models were like amazons – women so beautiful and sculpted they were statuesque and visions of Godesses. Women like 17 year old Cindy Crawford, who Glaviano began photographing in the early 80’s and believed she was a star. “I had to convince the editors of Vogue to put Cindy on the cover…it took 17 shoots before we made it happen, since Cindy did not fit the blue-eyed, blonde hair look, not to mention the mole above her lip (which would later be her trademark) – but I believed in her.” And thankfully he did, as his many images of her helped to catapult her to stardom and same for many other Supermodels, including Paulina Porizkova and Eva Herzigova.

Glaviano is known as a legend in the fashion industry – he has shot over 500 covers from Harpers Bazaar and Vanity Fair to Elle and Vogue — he is also known as the pioneer of digital fashion photography. It was, in fact, one of his photos that was the first-ever digital picture to be published in American Vogue in 1982. “The image was so pixilated, terrible quality, but I believed in digital – it was published next to a tagline that said ‘Personal Computers, what is that?’ – it is so funny now that I think of it now so many years after.”

His photographs of women he says “are created to freeze the moment of their absolute beauty. I love women and actually it is women themselves who love my work the most. They feel celebrated.” In fact, his images are mainly done with little to no makeup, very natural setting as he simply captures the moment, the essence and light of the woman in from of his camera. He prefers to work alone or with a very small team, so there are no distractions, just presence.

We had a chance to sit down with Glaviano the day before his debut show at Izzy Gallery in Toronto, and interview him for the upcoming issue of KA MAGAZINE. He was thrilled to be in Canada to showcase his work, and be present for the opening of the Yorkville exhibition, curated by gallery owner Izzy Sulejmani. The June 4th event filled the gallery with true fans, creatives and art collectors – appearing in droves to show respect for Glaviano’s tremendous work. Canadian Top Model Yasmin Warsame was there in support of Glaviano, but also to interview him live in this very intimate setting.

This June, IZZY GALLERY, Canada’s only gallery to carry Marco Glaviano’s art – will be showing “The Supermodel’s” curated exhibition until June 27th. The prints include some of Glaviano’s largest size pieces ever produced and are all strikingly spectacular – complete with Cindy Crawford’s diamond dust “Kiss” print. “It is very exciting for me and for the public here. People know his work but not necessarily the name, so we will connect the two,” says Izzy Sulejmani,owner of Izzy Gallery.

And so the opening party has come and gone, but the art lives on –