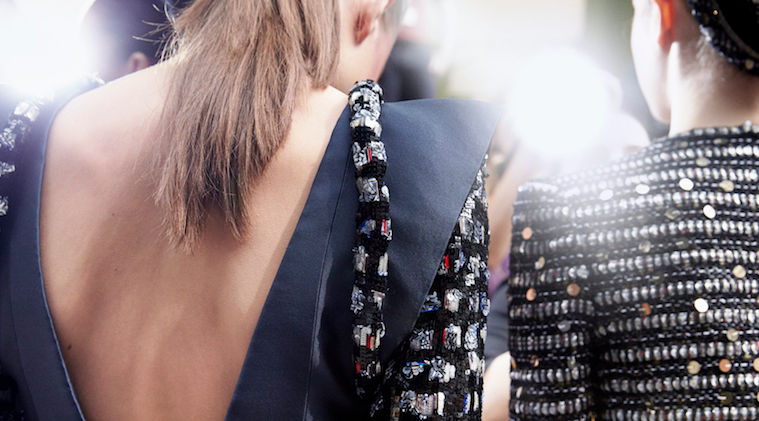 We cherish the idea of being inspired wholeheartedly, and every year, right around the same time, the bright Paris city lights offer glimmering insight for the seasoned and aspiring fashionistas. During the Haute Couture set in Paris, – a much less chaotic time as compared to the ready-to-wear circuit – is an offering of shows from fashions most cultured couturiers. The beauty and fashion trends that will be trickling down to the masses are designed and displayed, so look no further than Haute Couture week, a culmination of genius artistry.

Karl Lagerfeld set his collection in a ruinous theater, imagined and curated to the most marvelous and minute detail placed beneath the vast lass domes of the Grand Palais. The juxtaposition between the versed and the extravagantly novel were articulated through a couture collection that bore metallic tweeds, beading, sequins and occasional evening dresses that reveled in classical couturier craftsmanship. His inspiration, “the old world stepping into the new,” translated into clothing that married the superb aptitude for detail by Chanel’s illustrious ateliers.  The show was multilayered conceptually, and literally as another one of his inspirations was of kinetic art. Garments were layered on models, but also the subtle layering of tulle and organza, and the exquisite embroidery of fragile beads.

Behind the scenes was a much similar story, as the vibe harmonized with Lagerfeld’s vision. He was armed with two of the beauty industries most sought after names, Sam McKnight and Peter Phillips. Perhaps the pièce de résistance was the hair and makeup design, which allowed for an entirely cohesive masterpiece to sashay down the runway. Hairstylist Sam McKnight created what he referred to as “a square flat-top/Rockabilly/Grace Jones/18th-century hybrid” with a ponytail in back. The balancing act was creating a face that would compliment the creation, so Peter Phillips designed androgynous faces on the statuesque models. Full structural brows with a slight arch, and a stinging burst of colour were swept from the tops of the cheekbones into the temples. A beauty vignette drawn by Karl Lagerfeld, which featured vigorous shading and substantial eyebrows, inspired Phillips vision. Perhaps the full browed models of the moment, held inspiration for the show, as the looks were habitually polished; with an inkling of a rebellious spirit.  Intricate fashion is about meticulous craftsmanship, and below we have a video from behind the scenes in the making of a Chanel couture piece. Engage in this delightful movie, and revel in these ornate works of art. 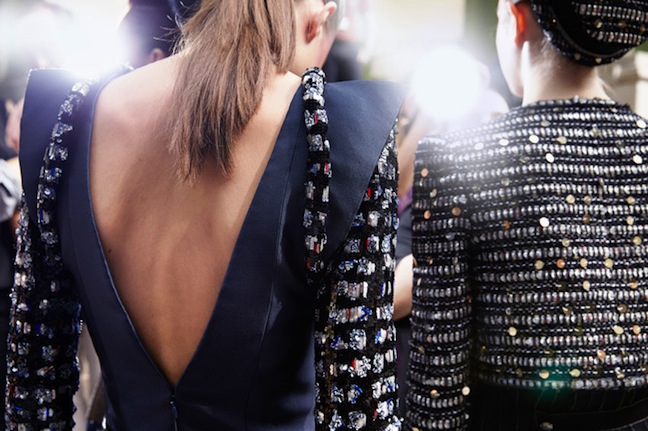 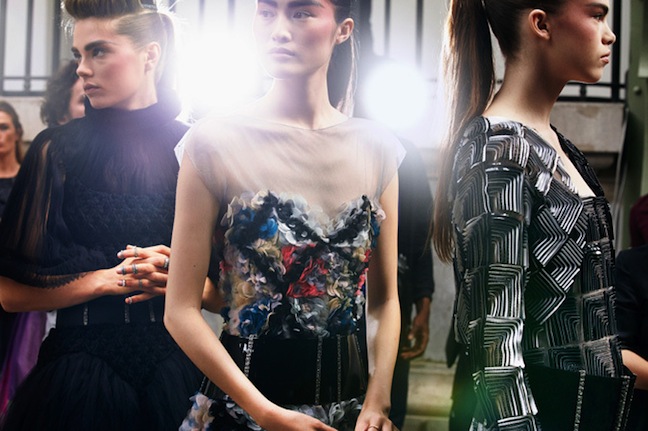 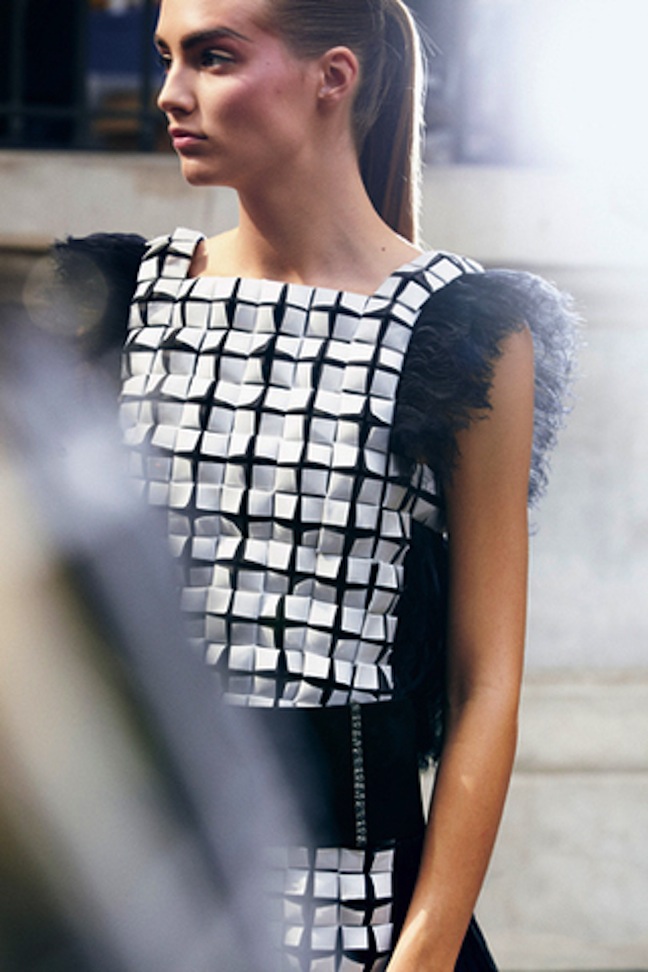 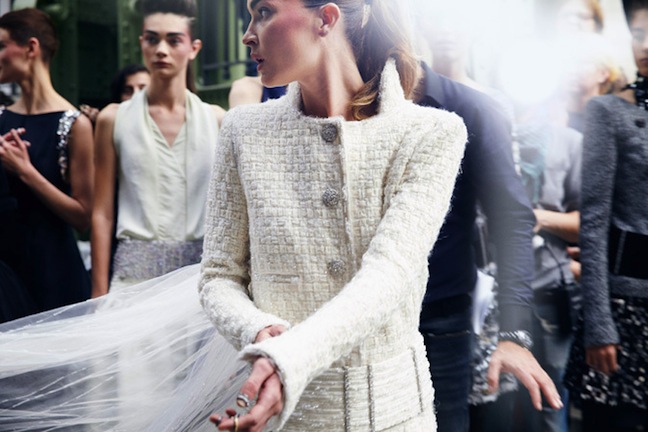 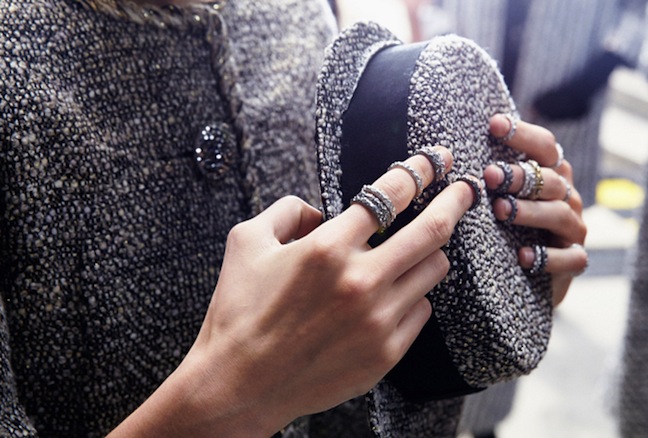 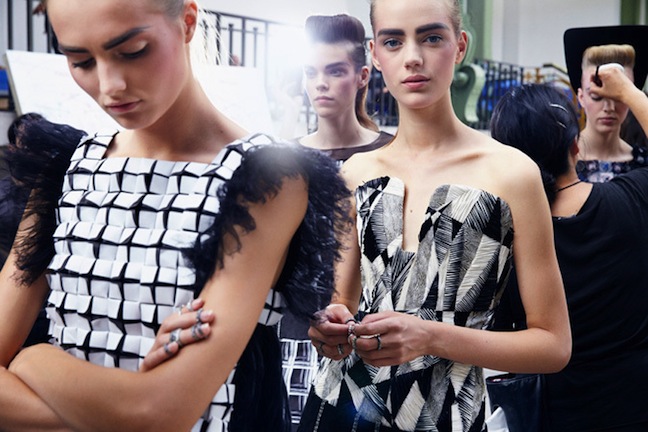 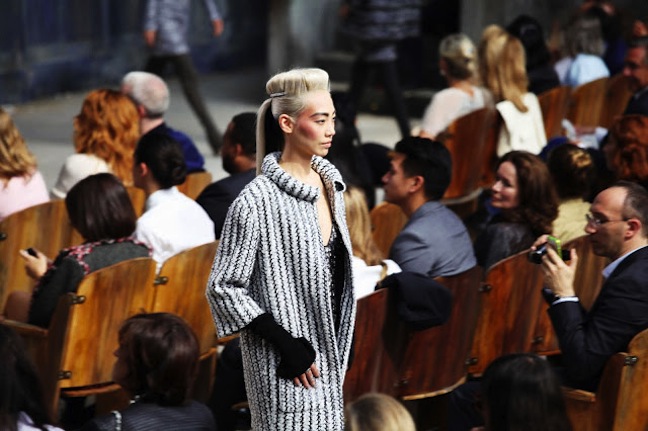 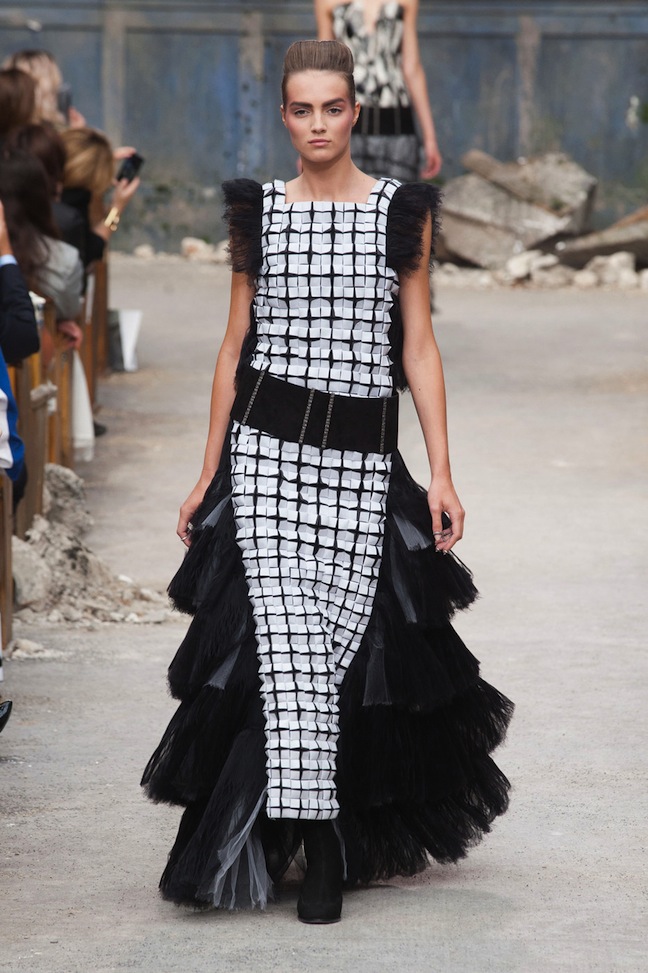 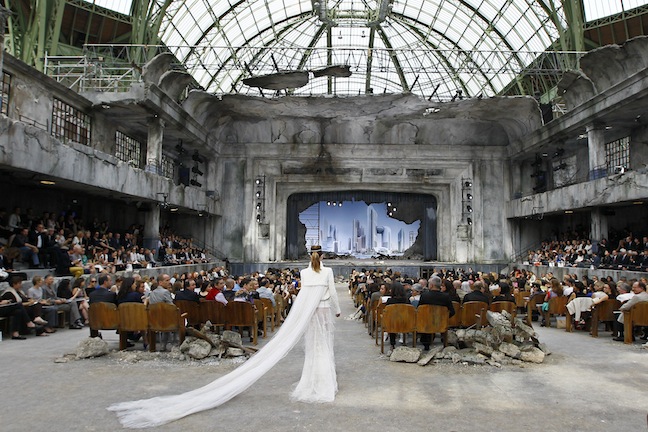 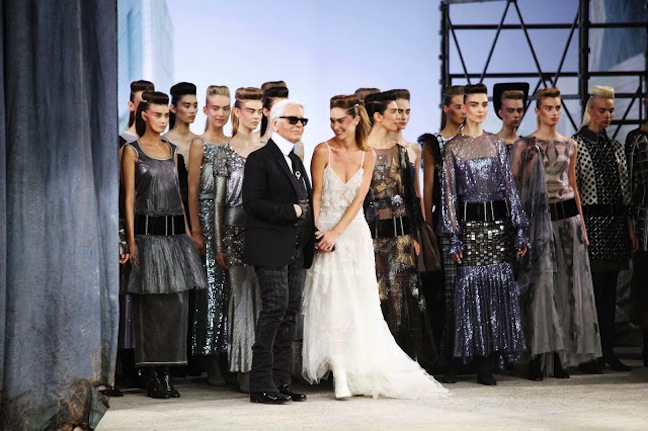