KA Sits down with Canadian Actress Patricia McKenzie to find out the real deal behind her onscreen rendez-vous with Robert Pattinson in the new movie Cosmopolis, directed by David Cronenberg. 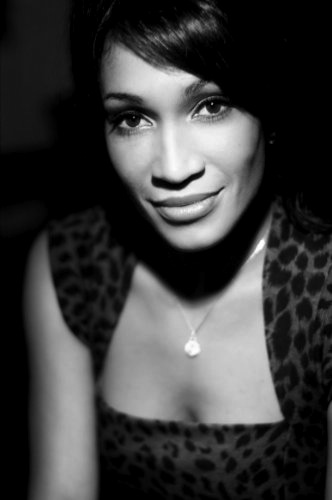 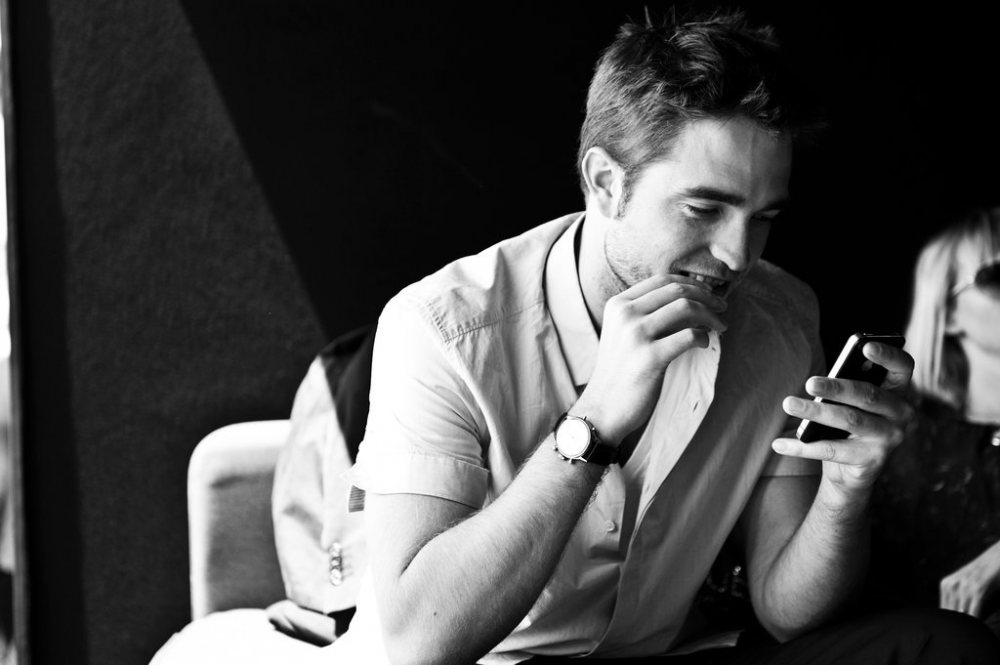 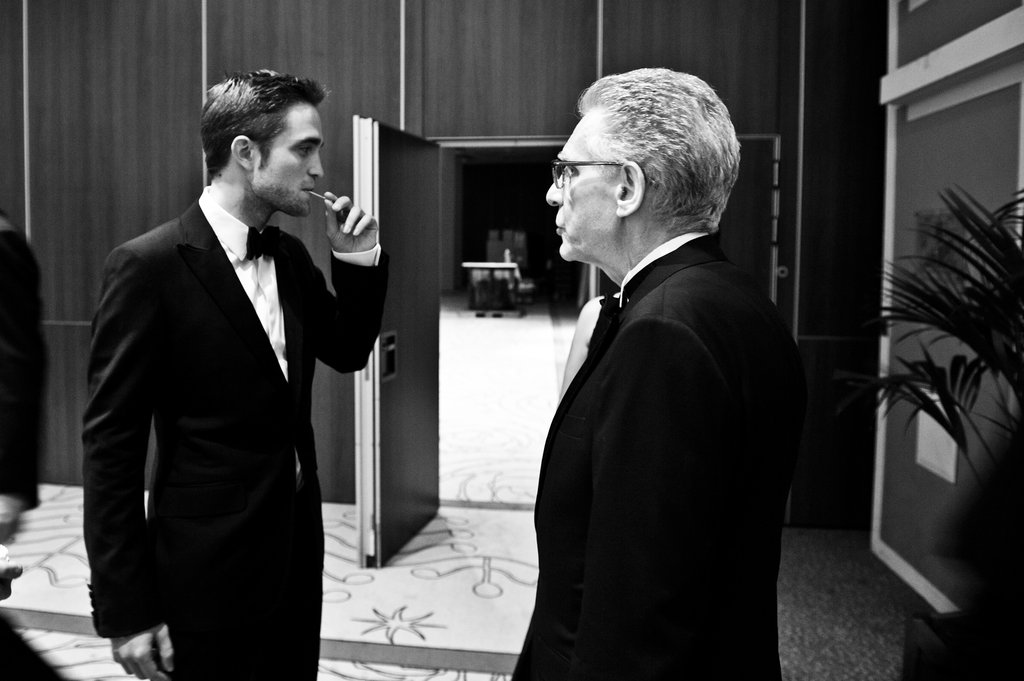 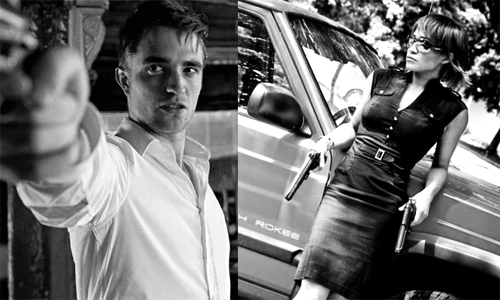 KA – Lovely Patricia, so kind of you to take time out of your busy schedule to sit with us sharing your stunning smile and contagious laughter, how are you doing today on this sunny summers days..

KA – The sex with Robert, how was having sex with the single most desired young man on planet Earth!?

PM – Ah! Well, I will never know, but as far as simulated sex goes, he was great to work with.

KA – So you did not really have sex but simulated or not, when your only solace is a poster of Mr. Pattinson on your bedroom wall I can count a few million fans who would say simulated would be mind numbingly awesome.

PM – It was excited to finally be shooting that scene, because it was almost impossible to prepare for. David Cronenberg, Robert Pattinson and I stood on set together, and we all kind of looked at each other as in “Okay, here we are at last, now what are we going to do!” Then we tried some things, rehearsed some things, and finally David came back after lunch, with a decision to do the whole scene in one take, and have us make love while saying all that strange dialogue. That was definitely a challenge, but a lot of fun. It was also was very technical, and very hot in the studio.

KA – I know you are a professional so there is definitely a clear line that is never crossed and talent to talent is not the same as fan to talent.

PM – I think fans are predominantly interested in the end result of a project, and the persona of a celebrity, whereas my interest was to figure out how I could add my piece of the puzzle to help to tell this story, and what I could learn from the successful people around me.

KA – But there had to be a bit of a fan in you or a connection of sorts to create such an unbelievably memorable scene. (the taser love scene)

PM – My knowledge of Rob, was limited to the buzz surrounding him. I didn’t know anything about him personally to connect with before we met, although I heard that before his Twilight Series, he sang or played music, which would have been fun to chat about if it had come up. I’m very playful when I’m comfortable with someone, so between takes, that’s how I felt the vibe was with Rob. We just got to laugh and be silly. When the camera was on, we were really in sync, but I was always startled to hear that convincing American Accent flow out of him on cue, and experience the cold persona of Eric Packer, because off-camera, Rob is such a good-humored, low-key, easy-going Brit.

KA – We all, well most of the western world at least were blown away by Sharon Stone’s Basic Instinct scene, so much so that I do not even have to say what scene I am talking about, after seeing your scene with Mr. Paterson one is left with a feeling that we are seeing an iconic moment similar in scope.

PM – Who could ever forget that scene! I watched her screen test and Sharon Stone was as scintillating in the audition as she was in the film.

KA – So tell me what is the scoop with the so-called feud between you and Robert before the love scene, the blogs and news reel seem to have just taken a life of it’s own with this one.

PM – The tabloid stuff amuses me and horrifies me. How does someone get used to that? How do you turn away from a train wreck? A friend sent me an article with the details of my supposed feud with Rob, and I felt a morbid curiosity when I read it, but I’m sensitive, so I read it with one eye open.

KA – Patricia Mckenzie you are not new to the game and I am sure not easily impressed, but did you really ignore Pattinson on your first meeting?

PM – Now now, how could I ignore the star of the show? I was shocked to hear that Robert thought I despised him. In retrospect, I think I did dance around him for a few weeks. I felt that it was better not to get too comfortable with each other before we had to play strangers who end up getting sexually entangled, so the newness of it could be real. In my mind, I’m such a friendly person that I can’t imagine anyone thinking I despised them. After witnessing how women of all ages are irrestibly drawn to Robert, I can imagine now, that it might have been disconcerting to have a woman he has to have on-screen sex with seem aloof, but he wasn’t really fazed. He may have been caught off balance with me for a moment, but I’m guessing he was joking about the whole thing, and in the end all that matters is that we have an intense, truthful love scene to show for it. It was a challenging, and liberating experience to get naked, fully trust my co-workers and deliver impersonal dialogue with intimacy. Rob is a very generous actor to work with, so that made it much, much easier to be vulnerable and immerse myself in that world.

KA – Cosmopolis is an intense movie more so because it eerily mirrors the reality, with the obvious being occupy Montreal to Wall Street movements; How surreal was that for you to be acting but not really acting as for the first time that I can remember the movie was just a mirror of the immediate realties around us?

PM – Happily, as an actor I don’t have to preoccupy my head with the statement the film makes. My job is to find the truth of the moment and bring that to life. As far as I know, when we were filming, nobody was concerned with how this allegorical tale, written as a book, by Don DeLillo in 2003, was mirroring reality. We were all just telling the story, moment by moment, as compellingly as possible. Once the film was complete, and I got to watch it, I was amazed at how prescient it all was. Life, imitating art.

KA – Was Mr. Cronenberg inspired by this?

PM – I’m still in awe of the brilliance of David Cronenberg. It seems effortless. He has such a sweet, gentle, nature, but he is thoughtful and very focussed. We never talked about any of the parallels with the state of the world as it is now. Cosmopolis, as a microcosm of our world, is infused into every line of the script. You can’t escape it no matter how you direct it, or act it. Much like Shakespeare. You can take out all of the stage directions and change the time and location, and “To be or not to be” will always thrive in the words. To me, Eric has the essence of Hamlet in him, he is questioning his existence and the meaning of every action and object around him. When I left the theatre, as I went about my day, that is when I felt the impact of the film. The lines would pop into my head and give world events, or even ordinary objects around me new significance.

KA – KA loves you Patricia and we are so cheering you on in everything that you do! The KA lens is scarily on Patricia Mckenzie and I for one would gladly have simulated sex with you.