Let’s be frank – it’s not often we see something as ubiquitous as paper and are overcome by its charm. We’re so used to seeing paper in between the lines of beautifully written words or else covered in the graceful strokes of an artist’s steady hand, perhaps even wrapped around a gorgeous pair of designer shoes. Luckily for us, designer Bea Szenfeld goes beyond paper’s usual schtick and transforms it into a series of dynamic – not to mention cheeky – three-dimensional pieces of high fashion.

Titled “Haute Papier”, the Polish designer’s Spring/Summer 2014 collection saw intricately-cut pieces of paper shaped into extravagant silhouettes. Inspired by the animal kingdom, models in nude bodysuits were adorned in various incarnations of oversized animal skins, teddy bears and clouds. Using her hands and a simple cut-and- paste technique, Bea expertly manipulates the material to produce a sort of larger-than- life origami that is truly nothing short of awe-inspiring.

Key pieces include: a model carrying a surprisingly lovable ape; a series of billowing geometric clouds; adorable sets of ornate and exquisitely detailed bands (impressively reminiscent of jewellery) stacked around the models’ legs.

Though it’s been a few months since Bea originally presented her looks on the Stockholm Fashion Week runway, a recent collaboration with reputable fashion photographer Joel Rhodin has put this collection back in the spotlight – and deservedly so!

Simple, focused and hauntingly beautiful, Joel has perfectly captured the true essence of Haute Papier and Bea’s signature playful yet sophisticated style. Each look is perfectly structured yet surprisingly soft and feminine while an edgy, warrior-like stance combined with a quirky, ‘anything-goes’ attitude serve as a breath of new life to a textile that is nearly as old as time.

With the creation of Haute Papier, Bea Szenfeld forces us to look at fashion in a whole new light. It is playful and fun, sure, but also serves as a reminder of all the things we take for granted. One thing is for certain, this ain’t no stationery set! 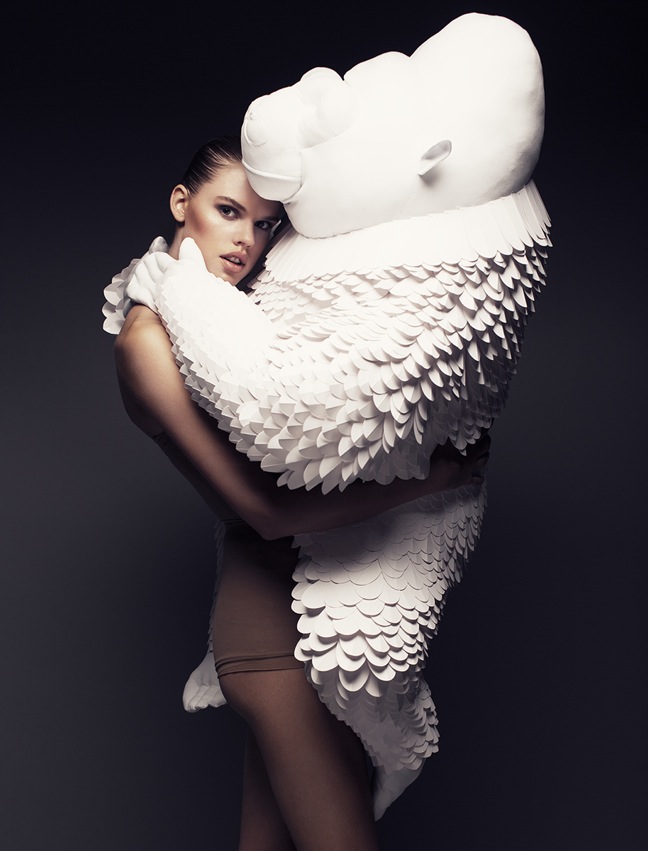 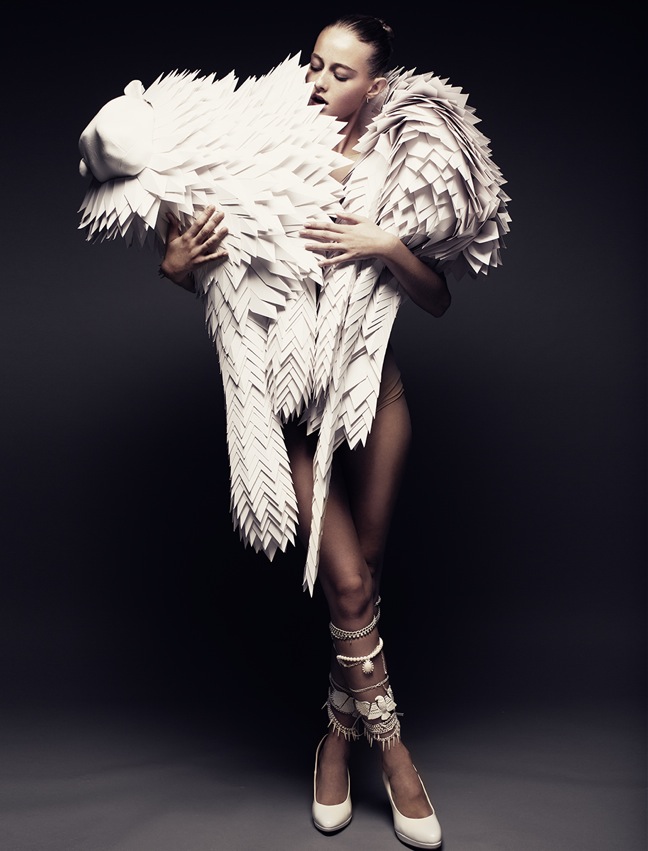 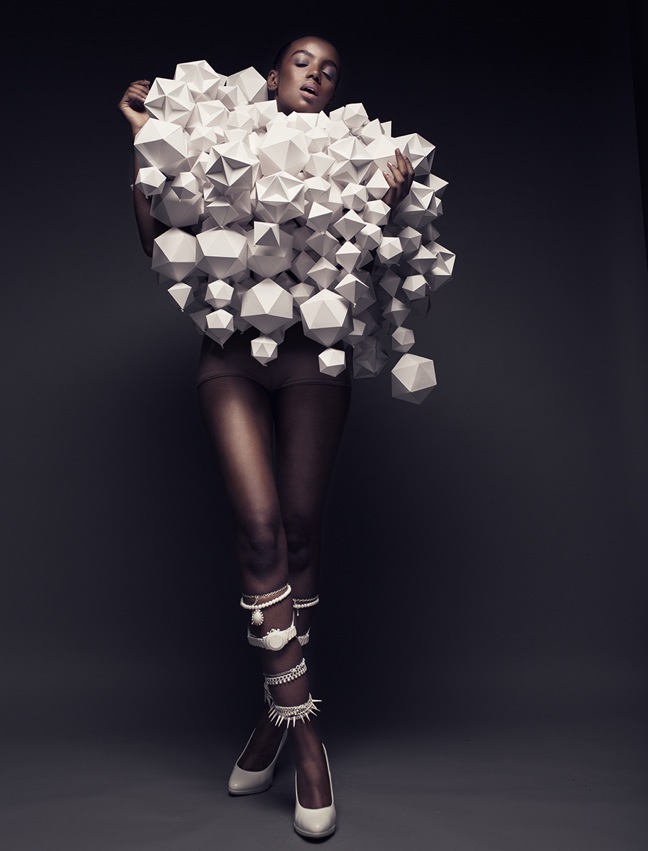 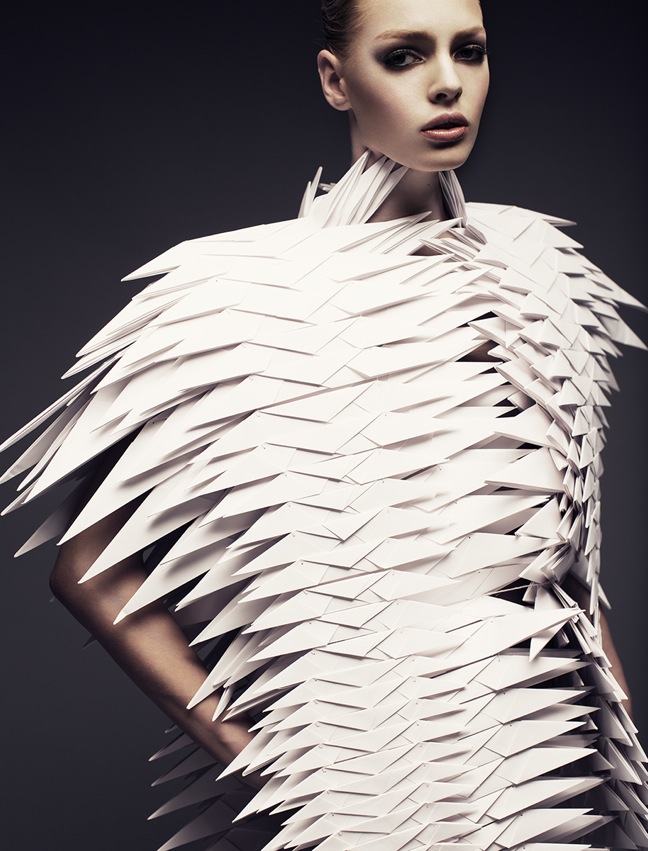 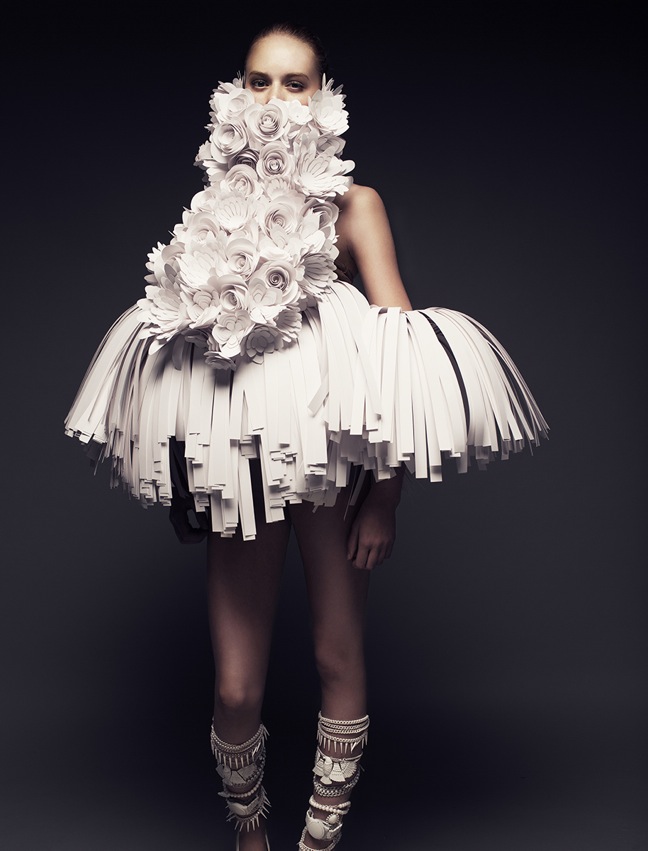 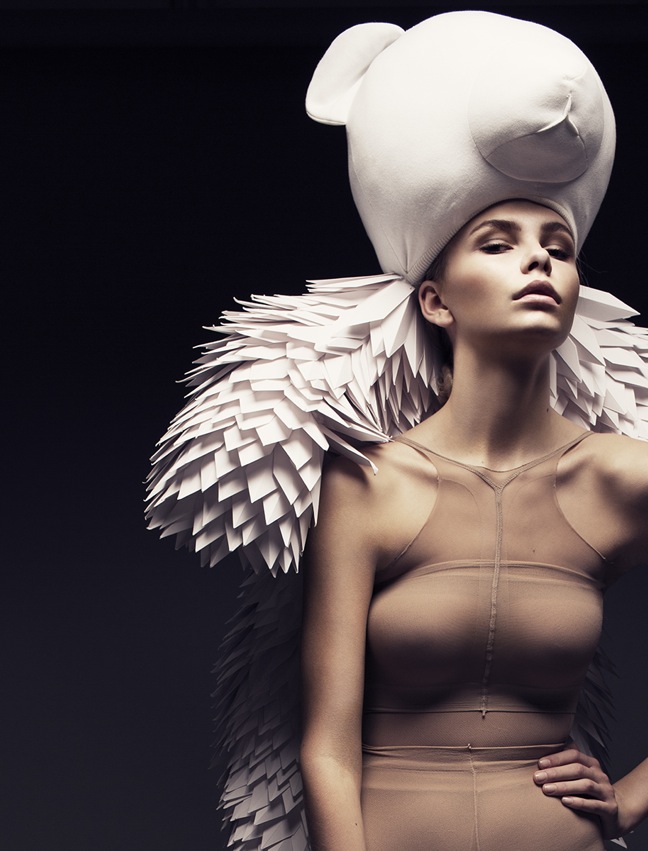 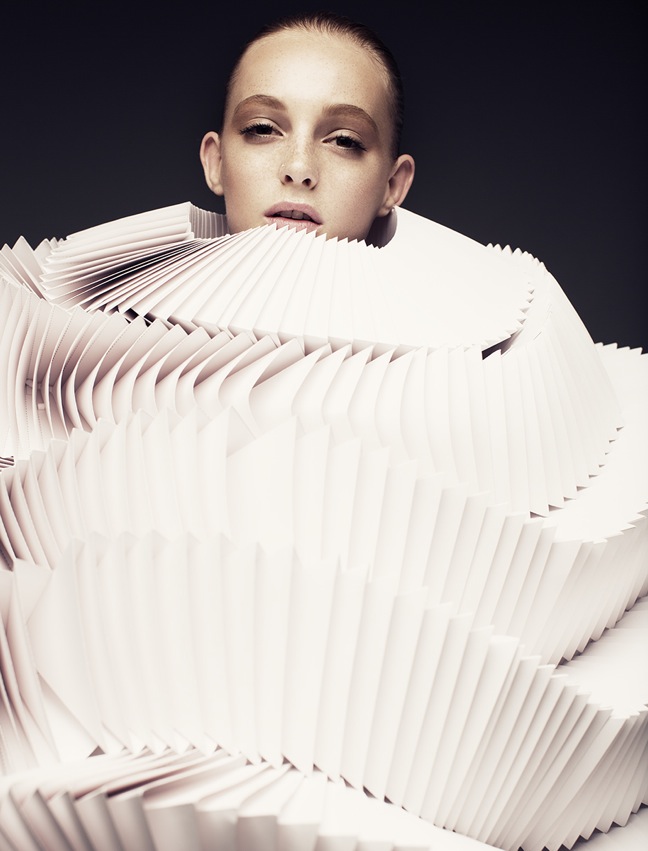 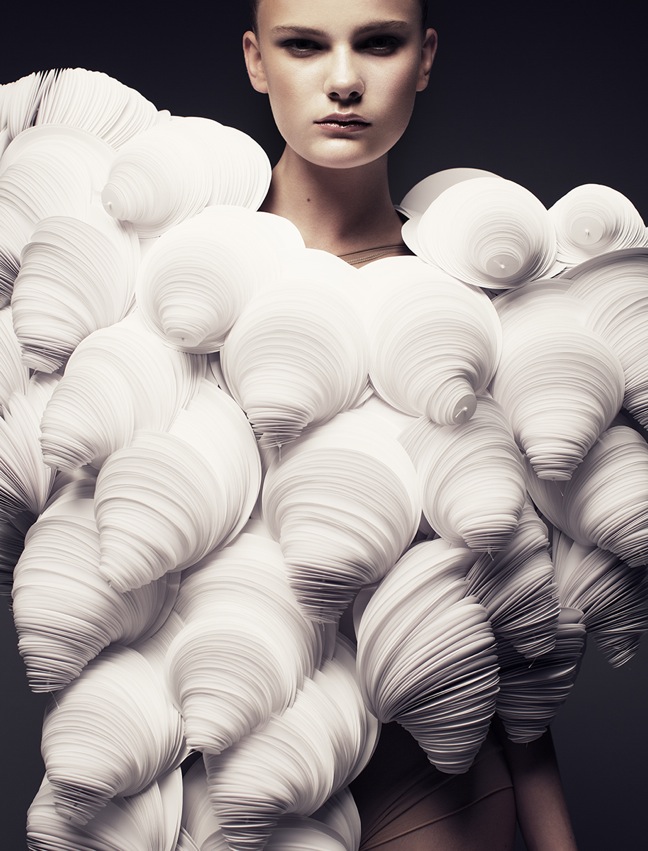