Tuesday 1 March 2016 sees the launch of Amanemu, a hot spring resort located in the idyllic setting of Ise Shima National Park on the shores of Ago Bay. Providing the perfect rural complement to Aman Tokyo, and continuing Aman’s journey within Japan, Amanemu adopts a classic Japanese aesthetic in the ryokan tradition, with each of the 24 suites and four two-bedroom villas featuring their own onsen.

A relaxed, peaceful and contemplative destination, Amanemu embraces ‘omotenashi’, the Japanese welcoming spirit blending with warmth and respect. Further illustrating Aman’s ethos of adopting the customs and heritage of the location in which it operates, Amanemu has also embraced one of the most important Japanese traditions relating to ryokan hospitality – which is that it is run by an ‘okami’, a female manager, whose role is central to the carefully honed art of Japanese hospitality which pays close attention to detail and is committed to anticipating the needs of the guest.

Designed by the same team behind Aman Tokyo, Kerry Hill Architects, the architecture of the resort is based on a contemporary interpretation of Japanese Minka buildings, which incorporate traditional low-slung tiled roofs and dark-stained Japanese cedar exterior walls, reflective of the simple nature- influenced design of ryokans, Japan’s traditional bathing retreats. The resort’s winding driveway, leading to the welcome pavilion, curves up a small hill lined with maple and cherry trees, setting the scene for the rest of the property, rich in greenery and Japanese foliage.

The warm interior spaces offer elegant simplicity and have been carefully crafted in light shades of Japanese timber. Each stand-alone suite encompasses floor to ceiling windows with woven textile and timber sliding shutters, stretching from one end of the suite to the other, allowing for unobstructed views of the national park surrounding the resort. Custom-made furniture ensures a harmony between architecture and design, and incorporates white oak coffee tables, sofas and armchairs with neutral fabric tones.

Bathrooms follow the design of traditional Japanese baths, with charcoal-coloured basalt stone tiles which draw the eye across the room to the private onsen with floor-to-ceiling windows and the vista out onto the private gardens. Again, in keeping with Japanese interior design, accessories are kept to a minimum so as not to distract from the view and the experience of taking a traditional Japanese bath, a unique cultural ritual.

Sunken terraces constructed with basalt stone, located between the restaurant and bar, are the ideal spot for an aperitif and feature glass covered fireplaces, whilst a 33 metre freshwater infinity pool close by provides panoramic views over Ago Bay, dotted with pearl rafts floating on the calm sea.

The resort is accented with traditional Japanese art, namely intricate Kumiko artwork developed in Japan in the Asuka Era (600-700 AD) and passed down through generations of craftsmen. It is created using a delicate technique of assembling small wooden segments together using a chisel to form a larger piece without the use of nails or glue. In addition, the spa and two-bedroom villas feature unique pieces of artwork by Japanese Kimono and Obi artisan, Genbei Yamaguchi, who hails from a family at the helm of obi making for over 270 years in Kyoto. Genbei’s intricately designed obi, the broad sash worn around the waist of a kimono, decorate the walls as an ode to an age-old Japanese tradition of displaying treasured family heirlooms.

At Amanemu, the holistic approach of the Aman Spa aims to promote wellbeing through the integration of treatments, relaxation, movement and nutrition. Heavily influenced by the abundance of natural hot springs and therapeutic powers of water, the 2000 square metre spa encompasses a large central onsen for communal bathing, plus two private spa pavilions each with their own indoor and outdoor onsen, perfect for easing muscles after a day of trekking the historic pilgrimage routes that the region is renowned for. There is also a state-of-the art fitness centre, Watsu suites and an expansive glass-walled yoga studio with an outdoor deck overlooking a peaceful garden with a Tabunoki tree at its centre.

Japan’s most sacred Shinto Shrine, Ise Grand Shrine, also known simply as Jingū, is located just one hour from Amanemu. Covering approximately 5,500 hectares, Jingū is a collection of 125 Shinto shrines which include the two main shrines of Geku, an outdoor sanctuary shrouded in greenery, and Naiku, an inner shrine surrounded by Japanese cypress trees and serves as a gateway through which the Isuzu River flows. Amanemu can arrange private guided tours of these shrines, providing guests the opportunity to experience Okagura, a traditional Japanese dance offering prayers to deities.

The Kumano Kodo, a series of seven ancient pilgrimage routes which converge at the heart of the remote Kii Mountains in the southernmost region of Honshu, were recently named UNESCO World Heritage routes. They were hiked by Kyoto’s ancient emperors who travelled the same paths to purify themselves and pray to deities known as kami, said to be dwelling in the rocks and trees. 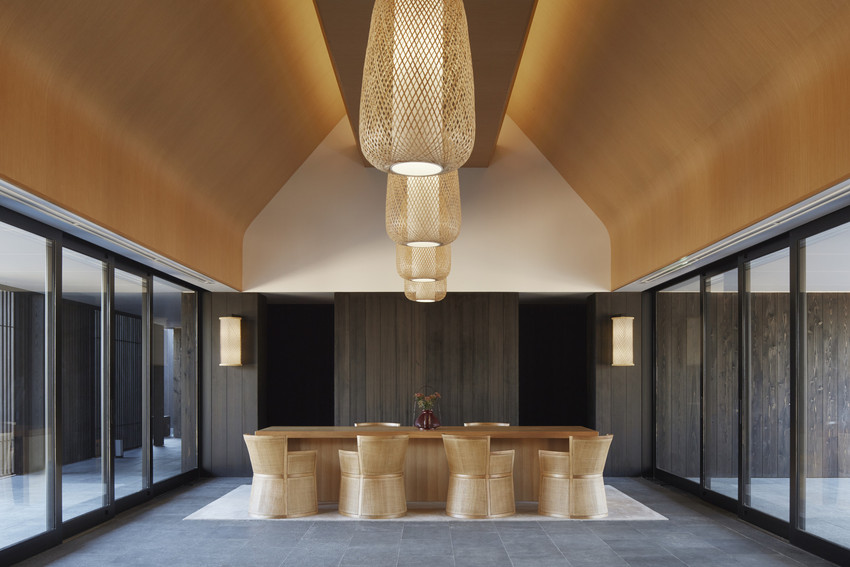 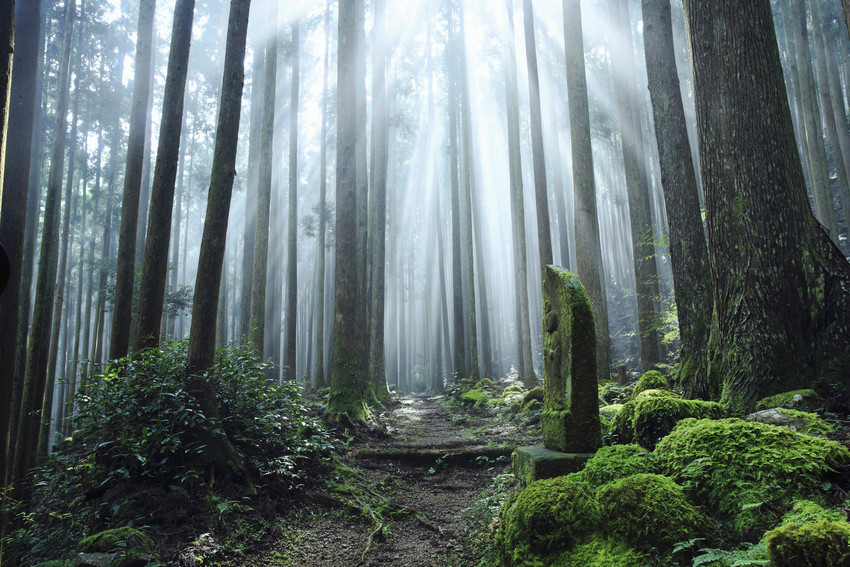 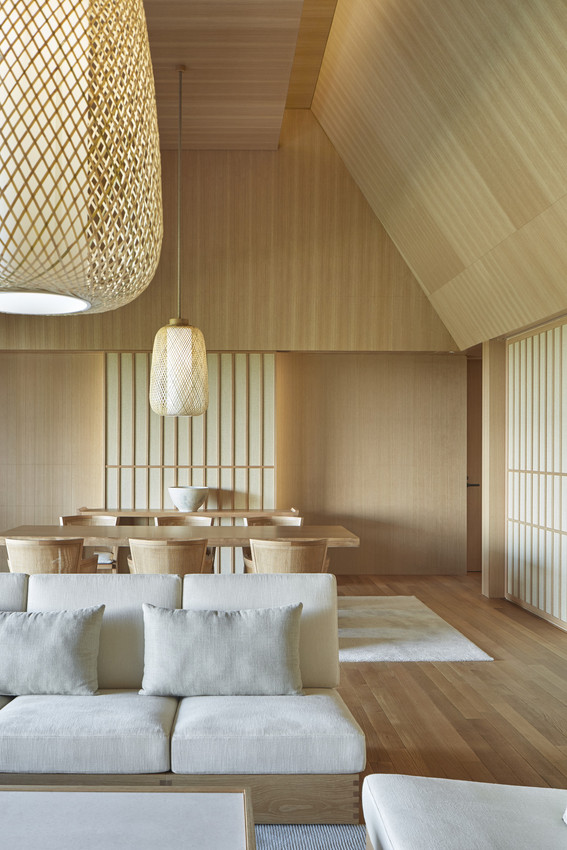 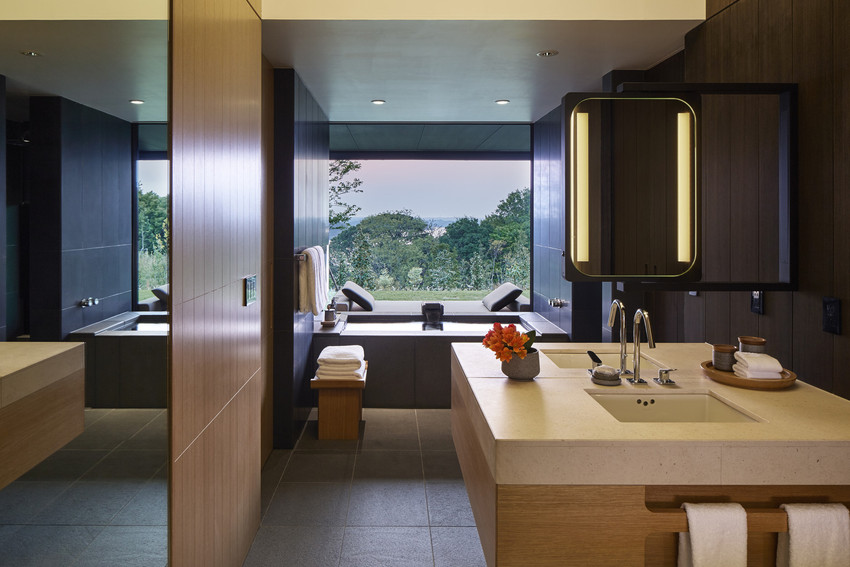 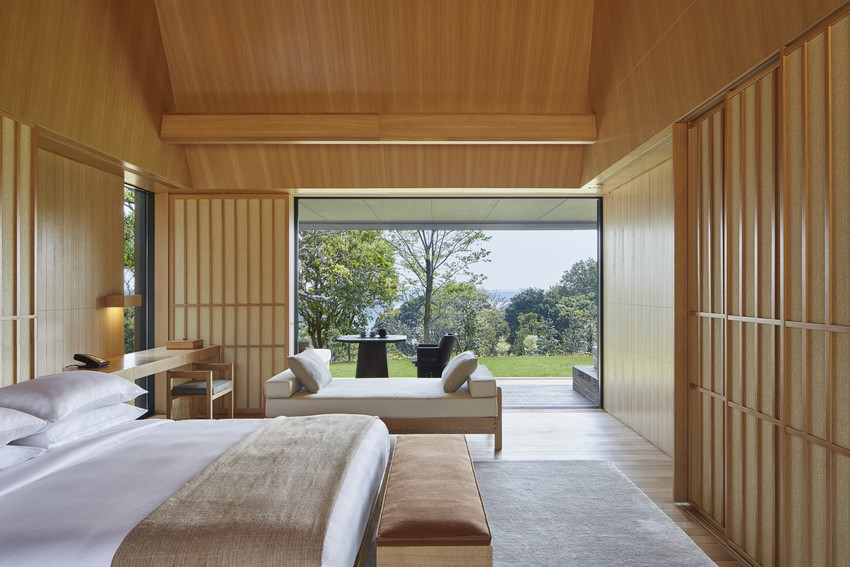 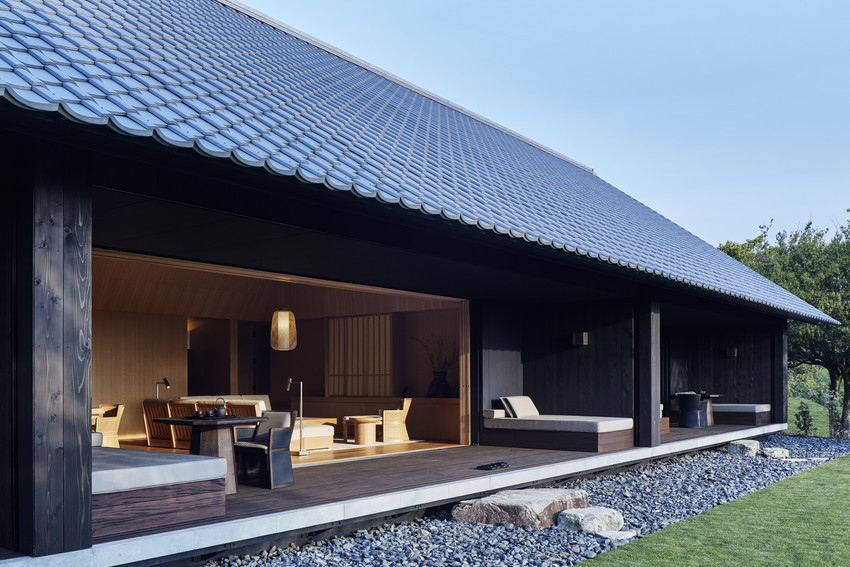 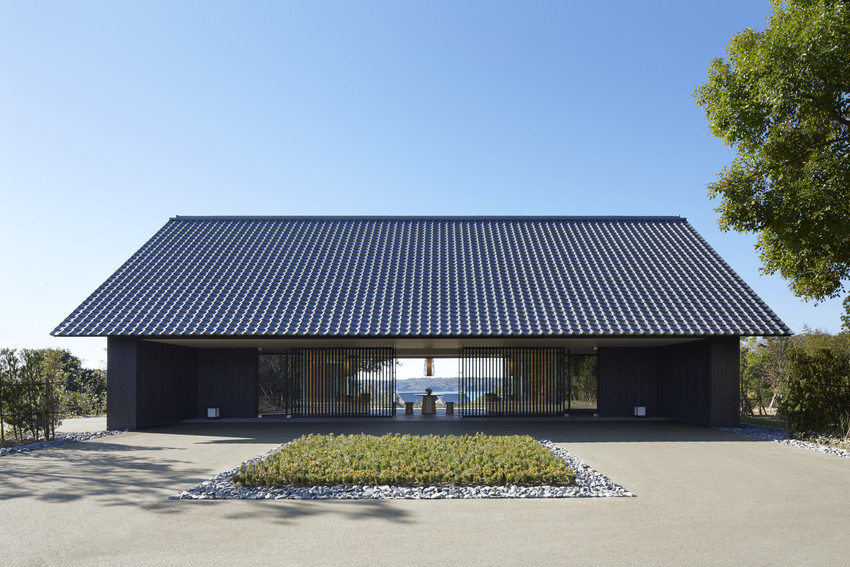 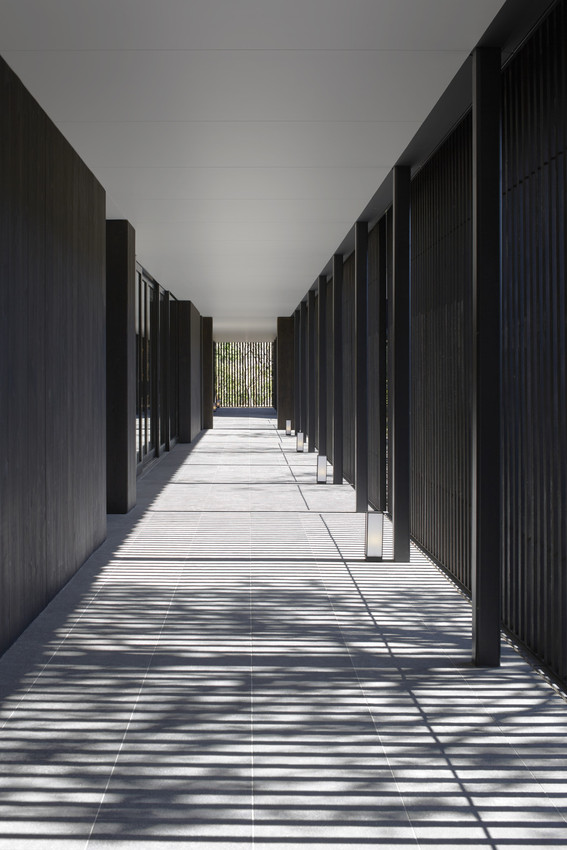 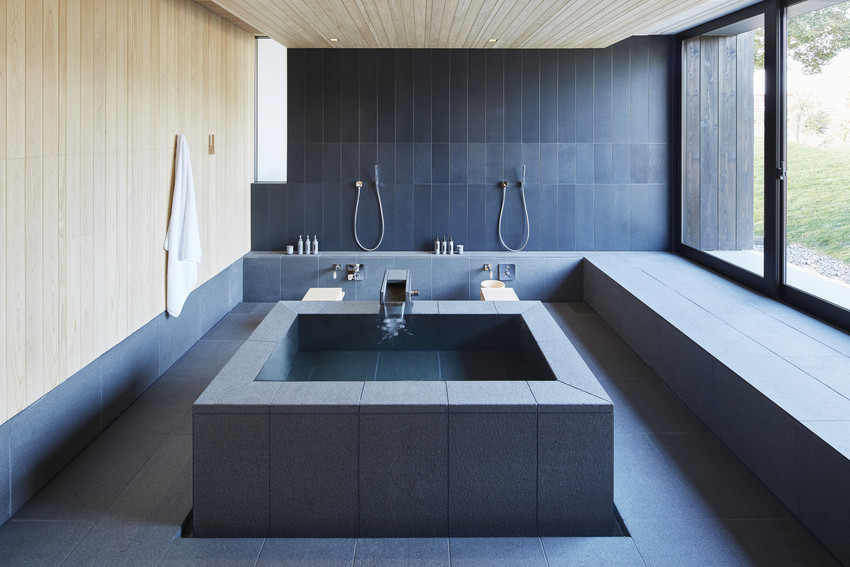